Todays Though > News > 10 takeaways from a ‘very frustrating’ 2022 season for the Chicago White Sox, who finished 81-81 after high expectations – Boston Herald
News

10 takeaways from a ‘very frustrating’ 2022 season for the Chicago White Sox, who finished 81-81 after high expectations – Boston Herald 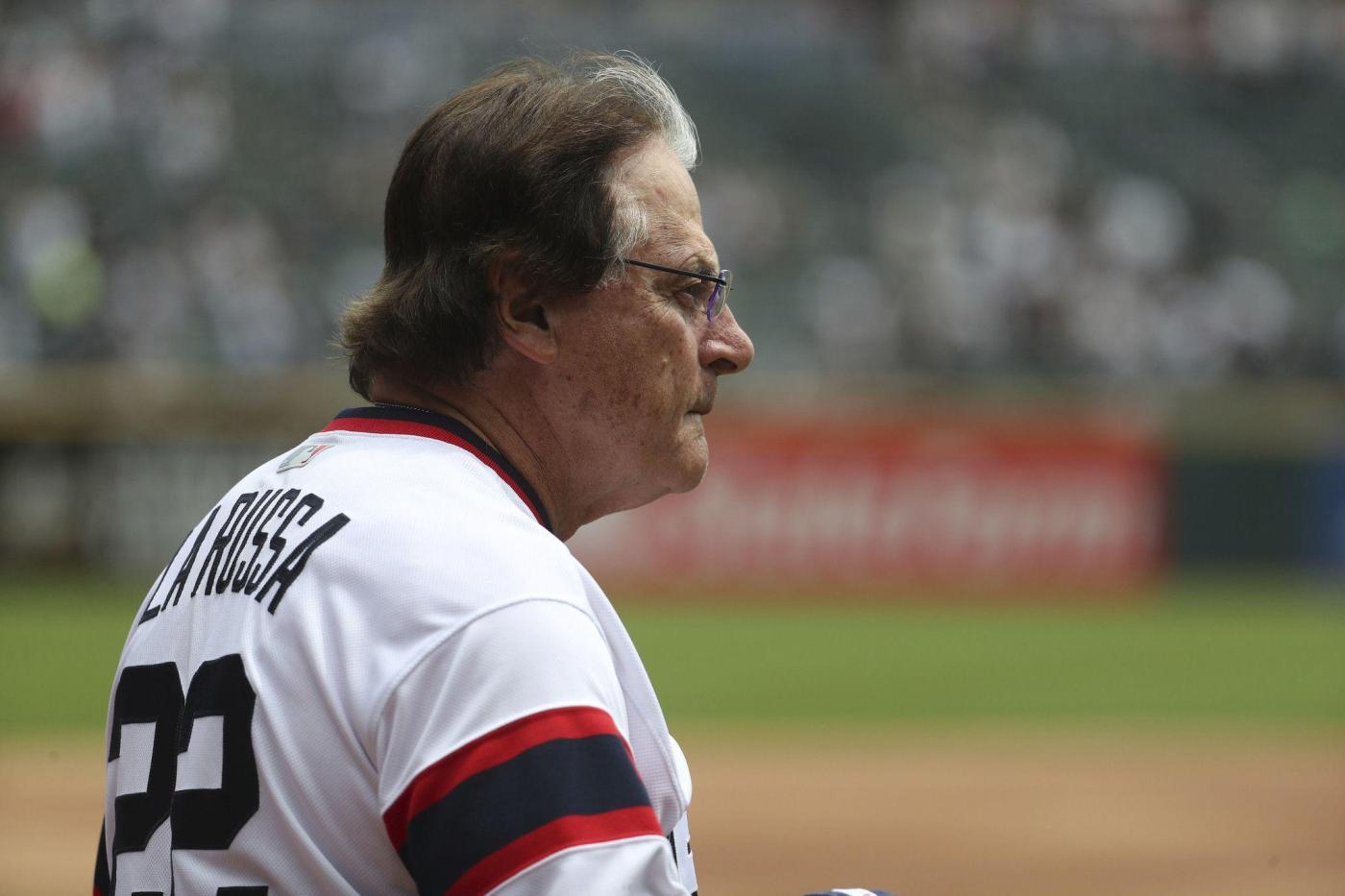 José Abreu perfectly summed up 2022 for the Chicago White Sox.

“Very frustrating,” Abreu said through an interpreter Tuesday. “We didn’t make the playoffs; that was our goal.”

The Sox wrapped up the season Wednesday with a 10-1 loss to the Minnesota Twins at Guaranteed Rate Field.

“When you have this level of talent, it’s hard to be happy with not making the playoffs,” starting pitcher Dylan Cease said Saturday in San Diego. “But all we can do is retool in the offseason, work hard and come back next year.”

The Sox were the popular preseason pick to win the American League Central.

A year that began with promise remained stuck mostly in neutral as the Sox hovered around .500 while the Cleveland Guardians pulled away with the division title. The Sox finished 81-81 — 11 games out of first place.

“There (are) always individual spots where you can improve upon,” general manager Rick Hahn said Monday. “Fundamentally, we lost our offensive approach. We need to balance out that offense a little bit better.

“You can say ‘baseball players’ or guys who grind at-bats more — I think a portion of it is getting some of these guys back to the approaches they had before. In the last couple of years, we had a pretty decent offense running from these guys. As well as improvements defensively and running the bases. There (are) areas to improve.”

La Russa’s hiring was a surprise after the 2020 season, in large part because he hadn’t managed since 2011.

The goal in hiring the three-time World Series champion was to win big. It didn’t happen.

Health issues sidelined La Russa in late August, and he announced Monday he won’t return to the Sox in 2023.

“I am sincerely disappointed that I am leaving without the opportunity to finish what I was brought in to do,” La Russa read from a statement Monday. “I still appreciate the chance to come back home to the White Sox and leave today with many more good memories than disappointments.”

3. Patience at the plate is needed.

“The message was the same, if not very similar, to what was delivered in the past,” Hahn said Monday. “Frankie (Menechino) was hitting coach when we had three Silver Sluggers in 2020 and (ranked) fourth in the league in weighted runs created last year. There’s been success with this group, including these coaches.

“Why things deviated is something we’re going to have to spend a little more time talking through individually with the players, with the coaches and trying to get as objective a read as we can as to why we fell short. We’ve seen the talent perform at an elite level. It’s a matter of getting it back to that level.”

4. Injuries continued to pile up.

They were hit hard by injuries again this year, but they were too much to overcome.

“I do think the odd offseason and short spring (due to the lockout) created a lot of problems for us,” Hahn said. “It created challenges for all 30 clubs, and we did not respond as well as others did and that’s part of the reason we’re here.”

Reliever Garrett Crochet was out the entire season after undergoing Tommy John surgery in spring training. Aaron Bummer, Joe Kelly and closer Liam Hendriks were among the relievers to spend time on the injured list. The Sox began the season without starter Lance Lynn. Lucas Giolito got injured in the opener and missed a couple of starts. And Michael Kopech missed the final five weeks of the season.

Shortstop Tim Anderson, third baseman Yoán Moncada, catcher Yasmani Grandal and outfielders Luis Robert and Eloy Jiménez were among the regulars to miss extended time. The injuries played a role in down years for Grandal and Moncada.

“You almost have to go player by player and injury by injury and decide what are we dealing with,” Hahn said. “Is this something that’s potentially chronic or going to influence their career going forward? And what can we do internally to prevent these kinds of things?”

5. The defense has to improve.

The Sox entered Wednesday’s finale ranked 28th in the majors with a .982 fielding percentage. Their 101 errors were the most in the AL.

That won’t cut it in terms of sustaining success.

“There wasn’t a lack of effort,” Hendriks said. “It wasn’t for a lack of trying. I think we ran into some bad situations that have cost us in those rankings.”

Dylan Cease’s slider was one of the best pitches in baseball.

“I was able to throw it multiple pitches in a row and multiple times through the order and it still held up,” Cease said. “For it to play like that, it’s really all I can ask for.”

Cease likely will be a finalist for the AL Cy Young Award after finishing in the top five in the league in several categories, including ERA and strikeouts. He had a record stretch of 14 consecutive starts allowing one or no earned runs and came within one out of a no-hitter Sept. 3 against the Minnesota Twins.

“Definitely a lot of improvements,” he said. “Got to give huge credit to (pitching coach) Ethan (Katz), (catchers) Seby (Zavala) and Yaz (Grandal). It was a good year.”

7. Some additions worked out, others didn’t.

Johnny Cueto far exceeded expectations after signing a minor-league deal near the end of spring training, finishing with a 3.35 ERA in 25 games (24 starts).

“It was the first time in the last couple of years that I was pitching pain-free, and that was a huge difference,” Cueto said Monday through an interpreter.

Shortstop Elvis Andrus arrived shortly after Anderson went on the IL and provided a spark at the top of the lineup.

There were mixed results in the bullpen, which was a focal point in free agency. Kendall Graveman had a 3.18 ERA, Joe Kelly had a 6.08 ERA and Jake Diekman, the only addition near the trade deadline, had a 6.52 ERA with the Sox. Hahn said the Sox were “disappointed” after not completing more moves at the deadline.

8. José Abreu found other ways to make an impact.

Abreu’s 15 homers were a career low. But he found other ways to aid the offense, finishing second in the AL with 183 hits and fifth in batting average at .304.

9. Miguel Cairo made an impression.

According to Elias, after Monday’s announcement of La Russa not returning in 2023, all the wins and losses since he left the team are credited to Cairo.

Hahn said Cairo will be among those interviewed for the opening.

“I feel really honored that they’re going to give me the chance to interview for the job,” Cairo said Monday. “We’ve got a great group of guys in there and I’m going to see what happens and go through the process.”

10. It will be an intriguing offseason.

After a year when a lot went wrong, the Sox have to figure out the best path back to the playoffs.

The focus begins with the managerial search. It also will be interesting to see the top priorities from a roster perspective.

“It was a disappointing year,” Hahn said. “We all need to get better in multiple facets. There needs to be operational and process /(improvements)/. Obviously manager and staff changes and personnel changes, we know that. My only point is, and it’s easy at the end of a disappointing season to say you’ve got to burn it to the ground. I think that’s not where we’re at as an organization.

“There’s a good amount of talent there. There’s talent that’s performed at an elite level. We’ve got to figure out a way to get them back to that level and augment accordingly.”