Todays Though > News > 12 thoughts on the Chicago Cubs’ rebuild that can’t be called a rebuild, including that drone video and Willson Contreras’ many goodbyes
News

12 thoughts on the Chicago Cubs’ rebuild that can’t be called a rebuild, including that drone video and Willson Contreras’ many goodbyes 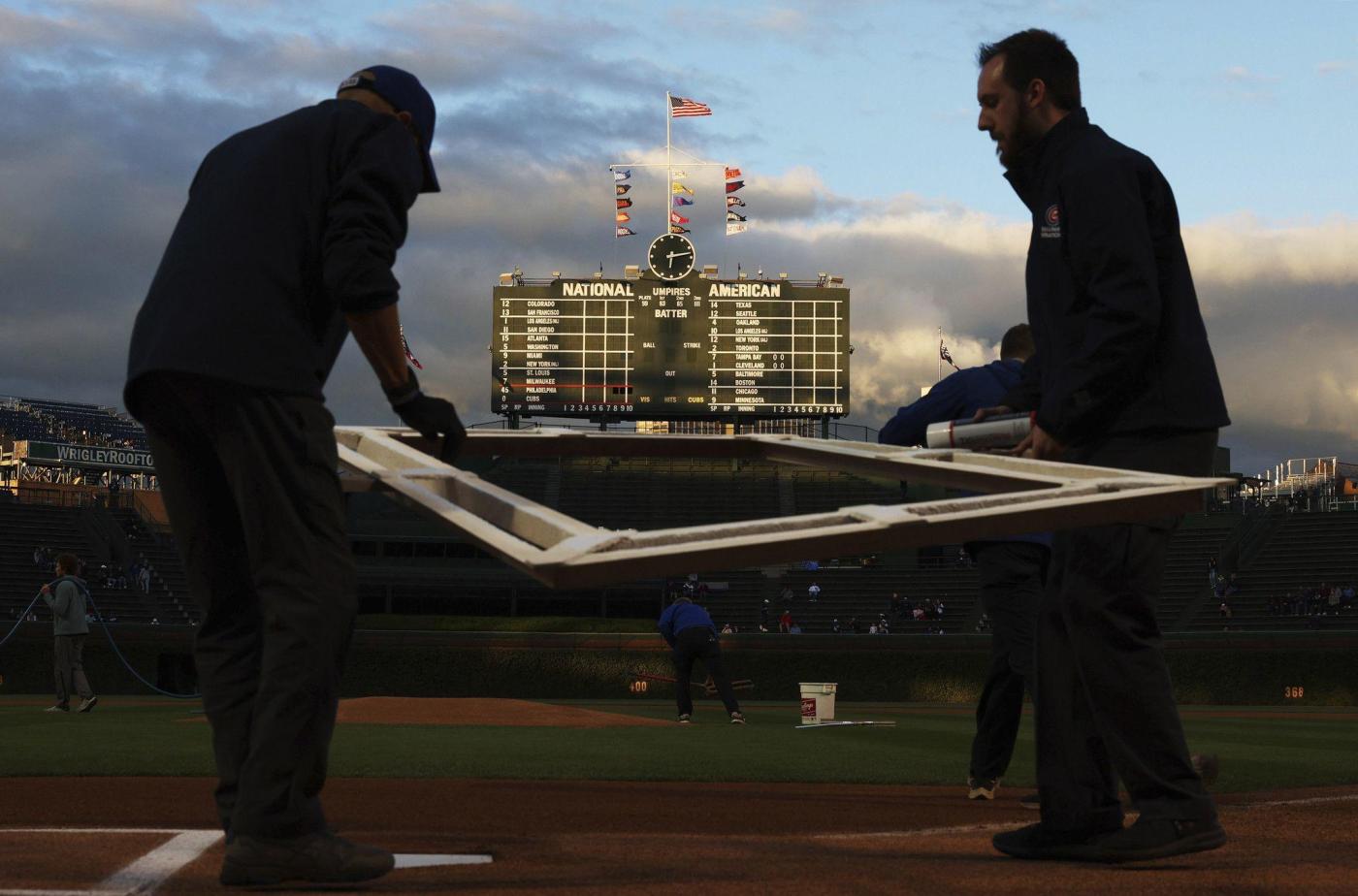 President Jed Hoyer will deliver the autopsy on the Chicago Cubs season soon at Wrigley Field. But if you’ve been paying attention, you already know the team was not built to win in the first place, in the rebuild that can’t be called a rebuild.

Nevertheless, Chairman Tom Ricketts has already declared 2022 a “success” in spite of the 88 losses and lowest attendance in a non-pandemic-affected season since 1997, when the Cubs started off with a National League record 14 straight losses.

1. As one Cubs employee told me last week, the drone video of Wrigley Field that went viral was the season’s biggest highlight.

The drone went through Murphy’s Bleachers, a fire truck and the center field scoreboard. It was seamlessly spliced with GoPro video from the clubhouse and followed Seiya Suzuki to right field.

Even the Ballhawks on Kenmore and Waveland Avenues cooperated by pretending to battle for a home run ball that was staged, with an employee tossing a ball from a bleacher.

Wrigley traditions make the Cubs the Cubs, a lesson learned once again.

2. The Cubs won 16 of their last 22 games to avoid a 90-loss season and create some good vibes for winter.

“Not really,” Deshaies replied, noting there will be too many new players next season and a carryover effect will be negligent.

As nice as it was to see the Cubs turn things around at the and, Deshaies was absolutely right. If you’re buying season tickets based on September’s performance, you deserve what you get.

That happened under pitching coach Tommy Hottovy, but bullpen coach Chris Young deserves credit for getting strong performances out of a young and revamped relief corps after several key veterans left at the trade deadline.

4. The offense was a bottom-feeder that faced a couple bottom feeders, so even the No. 19 ranking in runs is deceptive.

The numbers were skewed by playing 38 games against rebuilding divisional foes Pittsburgh Pirates (98 runs) and Cincinnati Reds (115 runs). That means almost a third (32.4%) of their total runs scored came against those two 100-loss teams.

The good news is neither the Pirates nor the Reds figure to spend any money to improve in ‘23. So just by standing still, the Cubs are virtually assured of no worse than another third-place finish.

5. Nick Madrigal was supposed to be the regular second baseman after arriving at the 2021 deadline in the Craig Kimbrel trade.

Madrigal showed flashes of his White Sox development in August, hitting .300 with a .378 OBP for the month. But injuries limited him to 59 games.

His status for 2023 is up in the air as the Cubs contemplate signing a potential free-agent shortstop like Trea Turner or Xander Bogaerts, which likely would move Nico Hoerner to second. Madrigal understands it’s possible he could be a role player.

“I don’t know what’s going to happen, but I want the best players in this organization no matter if they’re at my position or any position,” he said before a season-ending groin strain in September. “That’s ultimately what creates a winning atmosphere and winning teams, and that’s something I want to be a part of.”

6. Christopher Morel’s serial hugging of everyone in sight was credited with bringing energy to the dugout.

The Morel-infused energy was less noticeable as the season wore on and the rookie struggled to hit for average, falling to .235, including .190 against left-handers.

But Morel said he will continue to be a hugger in 2023 — and beyond.

“I’ve been doing it since I came up, always hugging players, and I’m happy to be here and am not going to change,” he said. “I do it for myself and the rest of the players.”

7. One of the few traditions remaining at Wrigley Field is the singing of Steve Goodman’s ‘Go, Cubs, Go’ after wins, which began in the 1980s.

Instead of letting viewers listen to Cubs fans sing their anthem, Marquee Sports now opts to make the song background music to discussion of the Binny’s-sponsored “Toast of the Game” highlight. Then it’s back to the studio for positive postgame analysis.

It’s another example of top-level executives making Cubs telecasts as generic as possible to appease the sponsors — and Ricketts.

That would average out to 227 strikeouts in a 162-game season. That’s a lot, even by today’s standards.

The single-season record is 223 strikeouts, set by the Arizona Diamondback’s Mark Reynolds in 2009. But Reynolds had an .892 OPS that season. Wisdom’s OPS as a Cub is .764.

9. No numbers were available from Cubs historian Ed Hartig, but the seventh-inning stretch at Wrigley Field seemed to feature more taped Harry Caray videos than ever.

That could mean there’s a shortage of celebrity Cubs fans coming to games during the rebuild that’s not at all a rebuild, or the team has drawn a red line and no longer invites anyone below a B-list celeb.

10. After all the goodbyes for Willson Contreras, Hoyer has never indicated why the Cubs don’t believe the catcher deserves a multiyear contract.

Is it the money? The years? The wear and tear? His age?

Contreras was always patient with the media asking the same questions during his many goodbyes.

He caught only 72 games this season, his lowest total in a non-pandemic season since his rookie campaign in 2016. Maybe the Cubs believe he’s primarily a designated hitter, which are always available on the open market.

Why it has to end remains one of the biggest unanswered questions of 2022.

11. The late Les Grobstein no doubt would’ve pointed out that Andrelton Simmons had fewer RBI (7) than Contreras had goodbyes.

Simmons earned $4 million and started in 22 games, hitting .173 before being released.

Manager David Ross, Jason Heyward and Simmons were lockermates with the Atlanta Braves back in 2012. When Simmons signed with the Cubs in March, Ross said he texted the news to Heyward.

Sometimes it’s better not to get the band back together.

12. José Cardenal was a favorite of Mike Royko, Michelle Obama, Eddie Vedder, Billy Corgan and many baby boomer Cubs fans, and not just for the cool Afro (though it helped).

After being inducted into the Cubs Hall of Fame last month, Cardenal was asked why Cubs fans became so attached to him. He told a story of being booed on opening day of 1972 after losing a ball in the sun.

“I went to the fans and said: ‘What do you want me to do?’” Cardenal said. “From that day, they accepted me, and I was confident the fans were behind me now. That was it.”

You don’t have to be a superstar to become a legend at Wrigley. That’s a tradition that won’t soon end.