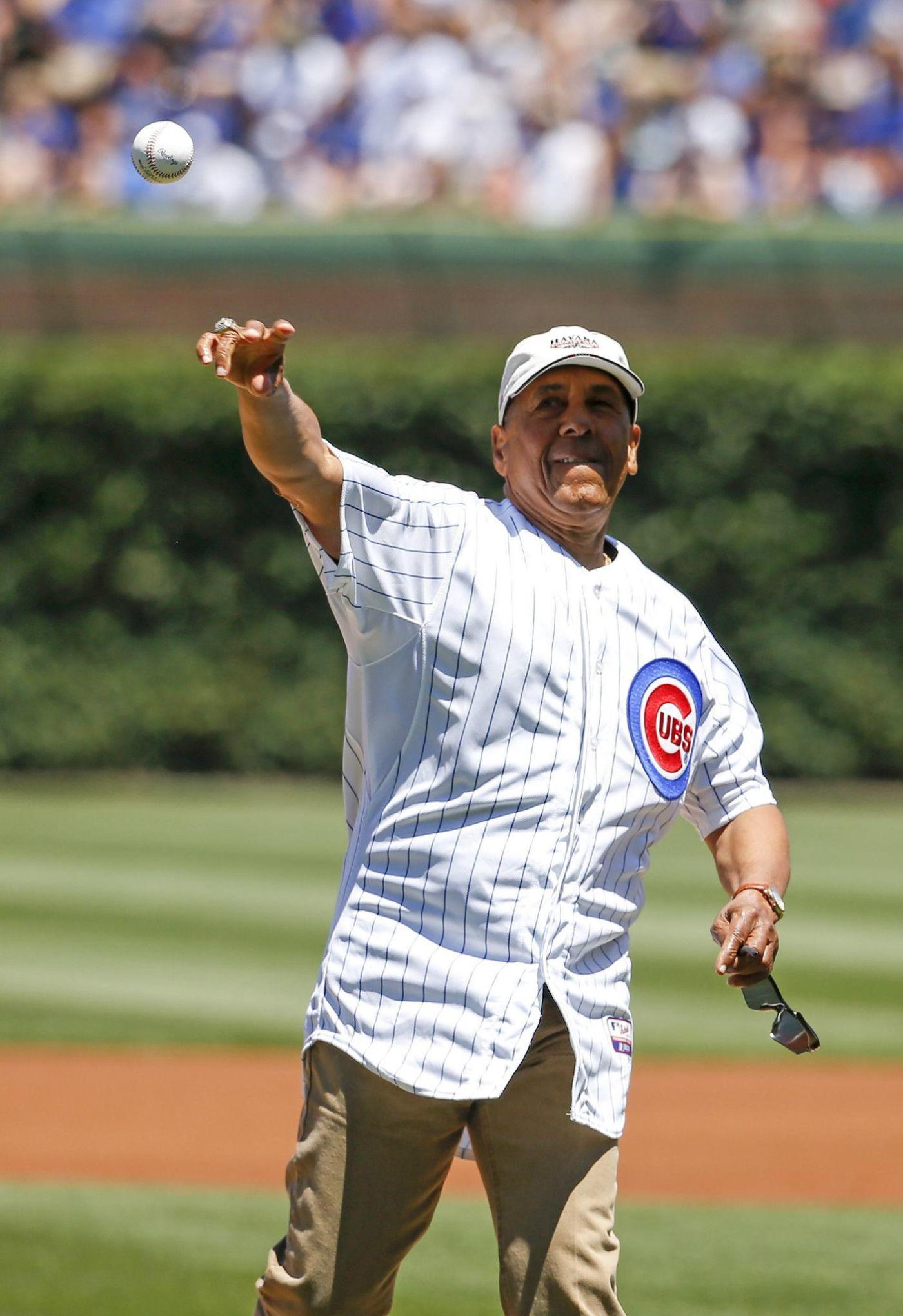 It wasn’t all bad for Chicago sports fans in 2022, no matter what you saw or read.

We recently chronicled the many low points of the Bears, White Sox, Cubs, Blackhawks and Bulls while comparing this to some of the worst years on the local sports front in recent memory,

But it also was the year the Sky raised their first championship banner, Marian Hossa had his number retired and Justin Fields became must-see TV every week. While there were many more L’s than W’s in 2022, the year also will be remembered for some moments that made you cheer, smile, laugh out loud or simply nod your head.

It might not have been the best of times, but we persevered because of these moments.

The White Sox ace is no Dylan Thomas, but there’s no evidence Thomas could throw a slider quite like Cease. Who can? During a spectacular 2022 season, Cease penned an ode to his slider, “O Slider Slide,” then was brave enough to release it to the media. His performance against the Minnesota Twins on Sept. 3, when he had his no-hitter broken up with two outs in the ninth in a 13-0 win, was heartbreaking but inspiring at the same time.

The Cubs rookie started hugging opponents and umpires from the time he was called up from Double-A Tennessee in May and said at the end of the season that he doesn’t plan on stopping anytime soon. Morel homered in his first major–league at-bat at Wrigley Field and flipped his bat to start a raucous celebration. “Seeing these young guys come up, kind of a deer-in-the-headlights (look) a little bit, they don’t know what to expect,” Kyle Hendricks said. “They just go out and play and play so wholeheartedly and so natural. It’s just fun to see all that emotion come out of them.”

Only the one on New Year’s Day in Washington counts for 2022, but it came hours after DeRozan beat the Indiana Pacers the same way. DeRozan was a breath of fresh air on the West Side and quickly became the team’s most popular player. We can only hope the Bulls’ struggles this season don’t lead to a premature exit for a class act.

It wasn’t exactly Willis Reed limping into Game 7 of the NBA Finals, but the Chicago native and former Bulls star ran through the tunnel and onto the court at the United Center on Dec. 16 before entering a blowout New York Knicks win. The fans who stuck around and chanted for him to get in the game erupted in MVP chants when Rose made his first and only basket in garbage time.

Fields’ 178 rushing yards came in a wild 35-32 loss to the Miami Dolphins, but no one seemed to care on a gorgeous and unseasonably warm Nov. 6 afternoon at Soldier Field. He broke Bobby Douglass’ franchise record for rushing yards by a quarterback and then the NFL regular-season record of 173 set in 2002 by the Atlanta Falcons’ Michael Vick.“ He’s going to continue to break a lot of records,” Darnell Mooney said. “So be ready.”

6. Pat Hughes gets a call from the Hall

Cubs radio voice Pat Hughes finally won the Ford C. Frick Award for career excellence in baseball broadcasting and will be honored in July at the Baseball Hall of Fame in Cooperstown, N.Y. Hughes is the voice of Chicago summers, a comfortable presence no matter how the Cubs are playing. “The terrifying part of broadcasting is you have no idea of what you’re going to say,” Hughes said. “I find it equal parts terrifying and exhilarating, because you’re e ad-libbing the whole thing. It’s all spontaneous. If you can have fun under those circumstances, I think the audience likes it, and they appreciate that.” No one does it better.

The Hawks great and three-time Stanley Cup champion saw his No. 81 retired and raised to the rafters of the United Center. “It is incredibly humbling to have my 81 forever hung here next to greats such as Glenn Hall, Pierre Pilote, Keith Magnuson, Bobby Hull, Denis Savard, Tony Esposito and fellow Slovak Stan Mikita,” Hossa said. “I cannot believe it.” Fans even began a “Detroit Sucks” chant when he mentioned his former team. “Never gets old, right?” Hossa told the crowd.

It’s hard to rank all the goodbyes from Cubs fans to the beloved catcher, but the first one, just before the July 31 trade deadline, was the most heartfelt. Contreras wound up sticking around for a few more months, and the goodbyes began piling up, making things a bit awkward for the Cubs. The homecoming in May will continue the saga for the new St. Louis Cardinals catcher.

A moment of silence was held before the game after the tragic school shooting in Uvalde, Texas, making for a somber moment. But Sky players and staff were then awarded their WNBA championship rings — a franchise first — and the banner was raised at Wintrust Arena. The Sky would not repeat, but at least they won a playoff series.

The iconic Hawks announcer called it quits during the 2021-’22 season, and was feted with his own night at the United Center. “This is a hockey game,” Foley said at the start of his career. “If you can’t have fun doing a job like this, let’s face it, you’re a boring guy.” One thing no one could accuse Foley of was being dull. The loss of Foley, and later analyst Eddie Olczyk, who took a job with the Seattle Kraken, was truly the end of an era.

Before a losing streak ended the Sox’s chances, it looked as if Cairo would steer the team into the playoff hunt after Tony La Russa left with a medical issue. Cairo took the difficult assignment with no notice and handled himself well. He didn’t get the job and wasn’t even invited to return to the Sox, but his professional demeanor was much appreciated.

One team came out on top in 2022, and it was the Chicago Wolves, who won their third Calder Cup and fifth championship overall. Sure, they play in Rosemont, but they’re still ours.

The Cubs manager booed his former teammate when Schwarber stepped to the plate at Wrigley in September as a member of the Philadelphia Phillies. Schwarber wasn’t paying attention but heard all about it. The next night before his first at-bat, Schwarber booed Ross. Turnabout is fair play.

He might not have been the greatest Cub, but Cardenal was among the most entertaining over his career. When he was inducted into the team’s Hall of Fame in September, he told a story of why so many Cubs fans loved him. He had lost a ball in the sun on opening day in 1972. “I went to the fans and said: ‘What do you want me to do?’ ” Cardenal said. “From that day, they accepted me, and I was confident the fans were behind me now. That was it.”

Former Cubs President Theo Epstein left Chicago with a bang, cavorting in the left-field bleachers basket during a Cubs game on his final day before moving with his family to the East Coast. His friends staged a “Ferris Bueller’s Day Off” goodbye party, and then Elivis left the building. Epstein changed Chicago forever by building a championship team on the North Side. Not a bad thing to have on the resume.