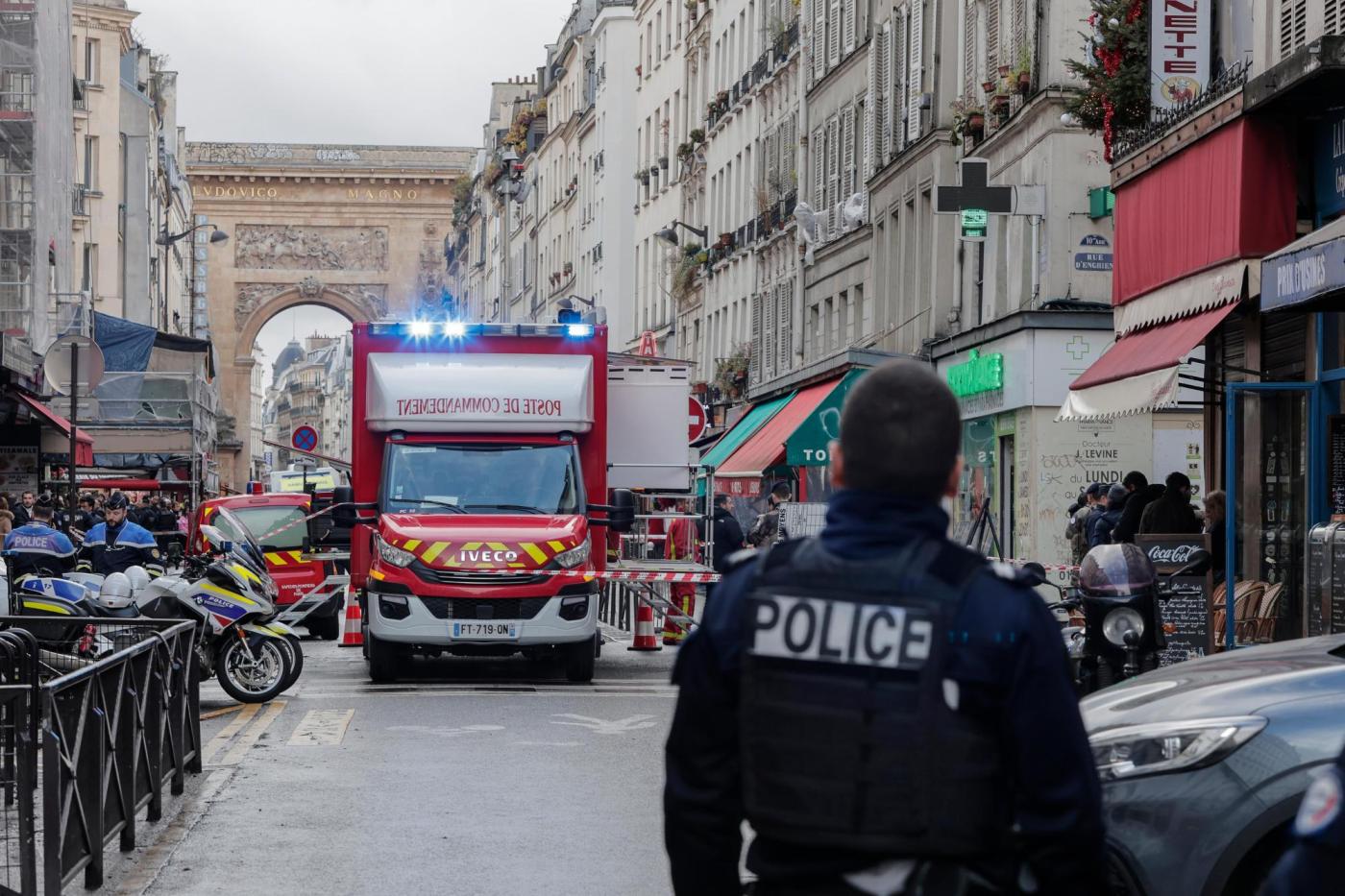 The Paris prosecutor’s office opened an investigation for murder and attempted murder. The Paris prosecutor said the suspect had recently been released from prison after attacking migrants living in tents, and that investigators are considering a possible racist motive for the shooting.

Shocked members of the Kurdish community in Paris said they had been recently warned by police of threats to Kurdish targets, and demanded justice after the shooting.

Nearby residents and merchants were deeply rattled by the attack, which came as Paris is buzzing with festive activity before the Christmas weekend.

The shooting occurred at midday at a Kurdish cultural center and a restaurant and hairdresser nearby, according to the mayor for the 10th arrondissement, Alexandra Cordebard. Speaking to reporters at the scene, she said the “real motivation″ for the shooting remains unclear.

As she spoke, a crowd nearby chanted, “Erdogan, terrorist” — referring to Turkish President Recep Tayyip Erdoğan — and “Turkish state, assassin.”

The worker, who spoke on condition his name not be published because he was concerned for his security, described the attacker as silent and calm as he wielded a small-caliber pistol.

Police cordoned off the area in the 10th arrondissement of the French capital, on a busy street with shops and restaurants near the Gare de l’Est train station. The Paris police department warned people to stay away from the area.

Paris Prosecutor Laure Beccuau said three people hit in the shooting have died, one is in critical condition and two others are hospitalized with less serious injuries. The attacker was also wounded in the face, she said.

She said anti-terrorism prosecutors are in contact with investigators, but haven’t indicated any sign of a terrorist motive.

The prosecutor said the suspect had at least two prior run-ins with police: the attack on migrants in tents in eastern Paris in 2021, and a recent conviction in another case in a Paris suburb. She didn’t elaborate on details of either case.

In the attack on migrants, the suspect wielded a saber and wounded some people in a makeshift camp, said Yann Monzi of aid group Utopia 54.

He lamented the suspect’s recent release, as did Kurds who gathered at the scene of Friday’s shooting.

“It’s clearly the Kurds who were targeted,” said activist Murat Roni, who comes regularly to the cultural center. He described it “like the embassy for Kurds in Paris,” a gathering place for cultural events, political discussion, assistance with immigration procedures, “a house where all Kurds get together.”

After Friday’s shooting, he said, “We do not at all feel protected in Paris. … We don’t feel defended by the French justice system.”

In 2013, three women Kurdish activists, including Sakine Cansiz — a founder of the Kurdistan Workers’ Party, or PKK — were found shot dead at a Kurdish center in Paris. A Turkish citizen was charged with their killing, although suspicion also fell on the Turkish intelligence service.

Turkey’s army has been battling against Kurdish militants affiliated with the banned PKK, in southeast Turkey as well as in northern Iraq. Turkey’s military has also recently launched a series of strikes from the air and with artillery against Syrian Kurdish militant targets in northern Syria. The PKK is considered a terrorist organization in Turkey, Europe and the United States, and has led an armed insurgency against the Turkish state since 1984.

France was hit by a string of deadly attacks by Islamic extremists in 2015-2016 and remains on alert for terrorism-related violence.

Suzan Fraser in Ankara, Turkey, Nicolas Vaux-Montagny in Lyon, France, and Lewis Joly in Paris, contributed to this report.