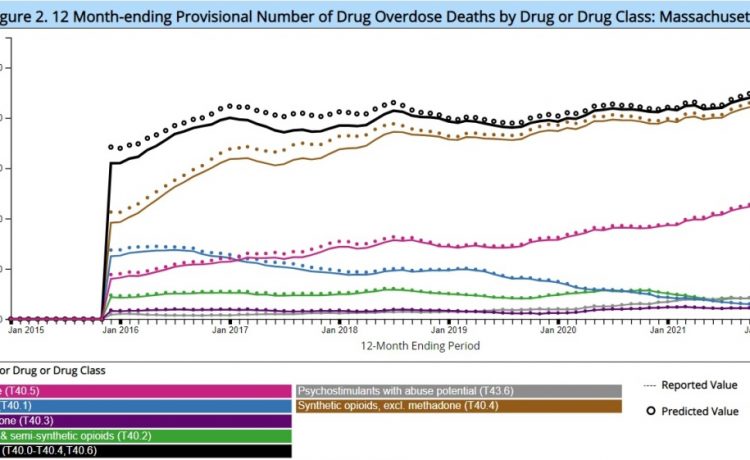 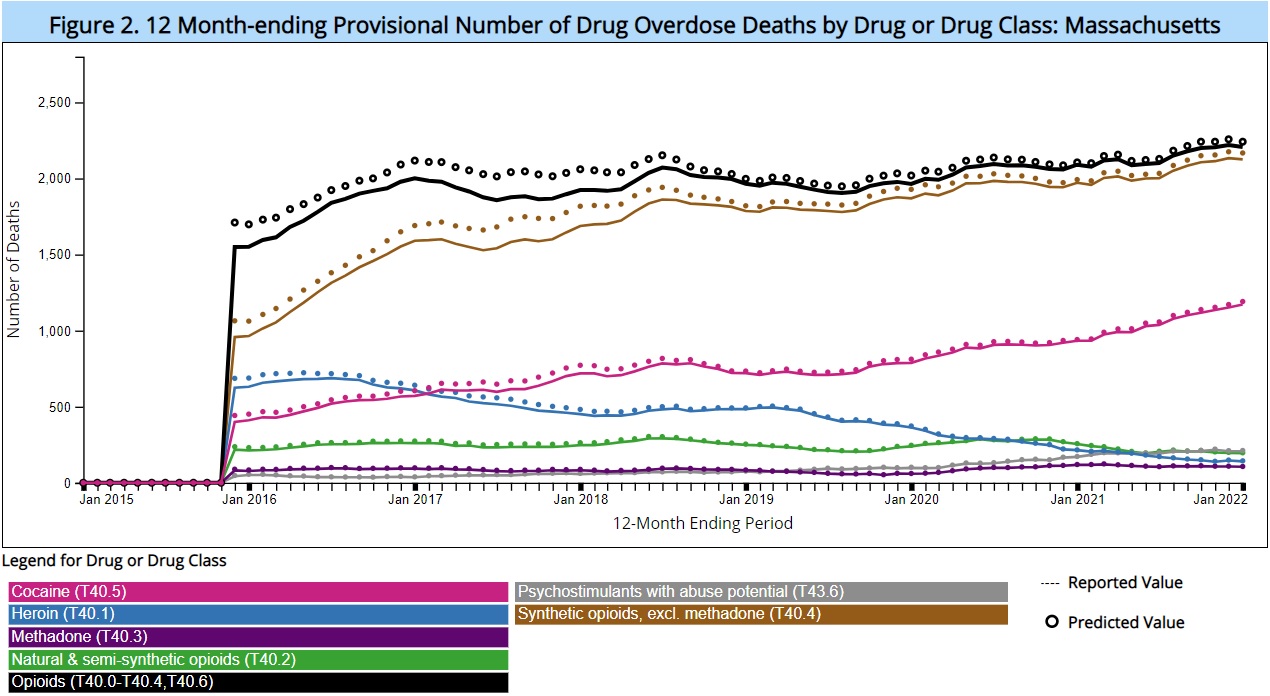 Every five to six hours for the last 10 years a resident of the commonwealth has died of an overdose — from 2011 to 2021 that’s 20,000 Bay Staters taken by a common condition with an uncommon amount of stigma.

“Each of these flags represents someone who was loved deeply by family and friends,” Cathy Gill, of Lexington, told Gov. Charlie Baker on the Boston Common Monday. “We’re here to remove some of the stigma around addiction and overdose.”

As she spoke 20,000 purple flags waved in the morning breeze, planted there by dozens of volunteers, each of whom was touched in one way or another by a too frequently deadly condition.

Gill’s daughter, Courtney, died this last April, a week before her 30th birthday, she told Baker.

“You and your family are emblematic of so many families,” Baker told Gill. “What you are doing is exactly what should be done, because people that are dealing with this issue, they could be living next door to you, around the corner from you, they could be your cousin, your aunt, any relative.”

Gill said that she and the volunteers that joined her, some wearing a picture of her daughter, were there to remove the stigma around addiction, a disease that Baker said is often more fatal than some cancers but that doesn’t get near the attention.

Deirdre Calvert is a licensed social worker and the Director of the Bureau of Substance Addiction Services. She told the Herald that addiction can touch anyone — herself included, she said — and that she wanted to remember those lost to the disease.

According to data presented by the Centers for Disease Control and Prevention, in 2021 alone 4,436 Massachusetts residents died as a result of an overdose, making it the deadliest year for overdose victims so far.