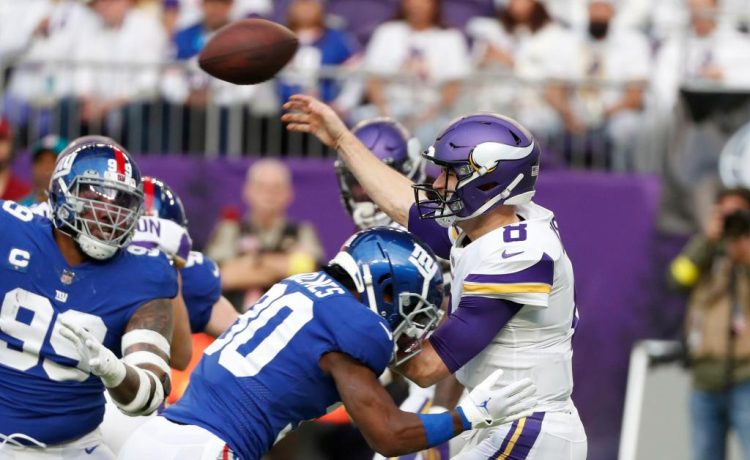 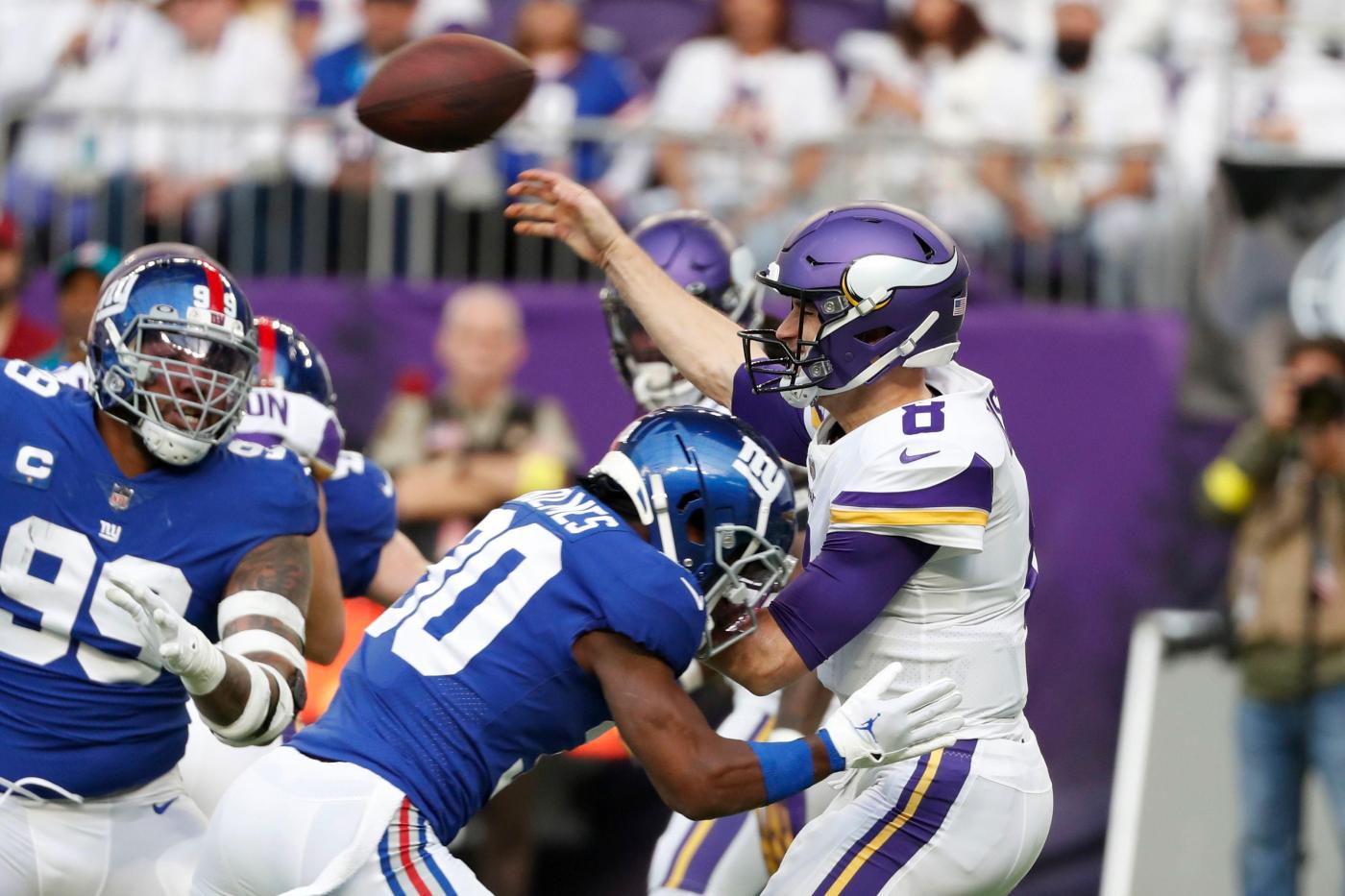 Danielle Hunter, Za’Darius Smith and Minnesota’s pass rushers gave the Giants offensive line fits on Christmas Eve until the offense settled in. Daniel Jones can pick apart the Vikings’ suspect secondary, but only if he has time to throw. Rookie right tackle Evan Neal especially will have to play his best game, and so will the entire front five anchored by second-team All-Pro left tackle Andrew Thomas.

Second-team All-Pro DT Dexter Lawrence, rookie edge Kayvon Thibodeaux and the Giants pass rush can get to Kirk Cousins past a banged-up Minnesota O-line missing injured right tackle Brian O’Neill — as long as Wink Martindale’s defense doesn’t surrender huge plays over the top to star receiver Justin Jefferson or through the screen game to dangerous running back Dalvin Cook. Keeping the ball in front and forcing Minnesota to keep snapping the ball is the path toward forcing a mistake.

This has been the Giants’ biggest key to victory all year. They lost the turnover battle in Minnesota on Christmas Eve, 3-0, with an interception, fumble and blocked punt. And they still only lost that game on a 61-yard field goal at the buzzer. Daniel Jones has been excellent at protecting the ball this season. Doing it again at U.S. Bank Stadium will spell victory.