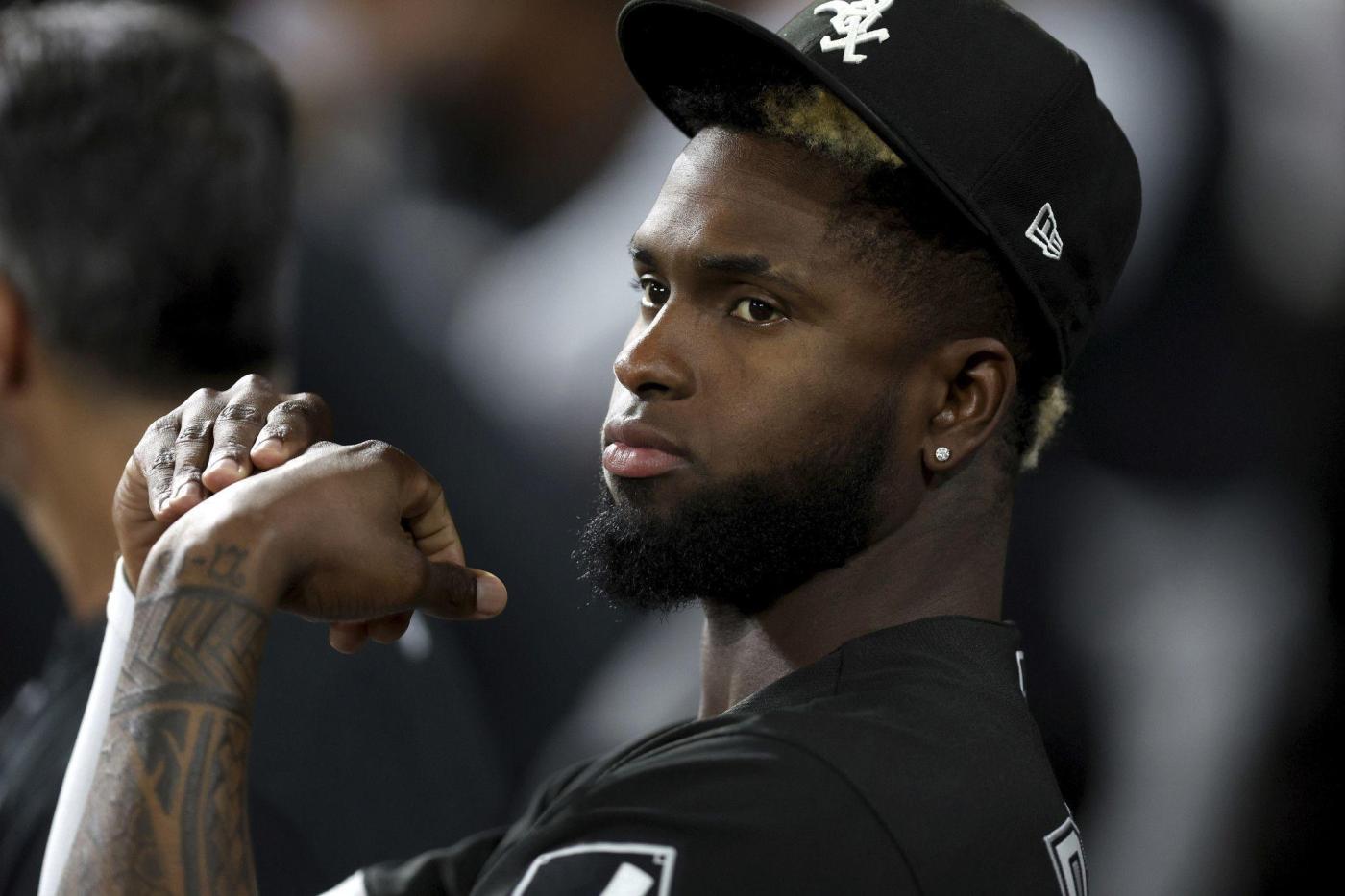 Eloy Jiménez and Luis Robert could give the Chicago White Sox a dynamic offensive duo. But for that to happen, they have to avoid injuries that cost them parts of 2021 and ‘22.

The Sox will have a different look in the outfield after AJ Pollock declined a player option and became a free agent. Just how different is one of the intriguing aspects ahead of 2023.

Here are three questions to monitor this offseason for the Sox in the outfield and at designated hitter.

1. Will Eloy Jiménez see more time in left field or at DH?

Jiménez hit a grounder to third in the second inning April 23 at Minnesota, stumbled after crossing first base and fell. He got to his feet but was taken off the field on a cart.

He underwent surgery to repair a torn tendon behind his right knee and was out until July 6.

He generally prefers playing left field but spent more time last season as a designated hitter to keep him fresh and his bat in the lineup. He hit .274 and slugged .500 in 50 games as a DH, hitting 11 homers. He hit .340 and slugged .515 with five homers in 30 games as a left fielder.

“He showed … he could produce as a DH, which is important for him — I think — to know and to have that in his back pocket,” Sox general manager Rick Hahn said at the GM meetings last month in Las Vegas. “That experience of going through a different routine but still being the offensive player that is as impactful as he can be.

“Having flexibility, the ability to put him in the outfield helps as opposed to having someone locked into a DH spot. But in the end, we’ll have to see what we wind up doing on the outfield corners and if we’re better served by having him primarily in that DH spot, getting that production there.”

The Sox are taking a wait-and-see approach with the number of games Jiménez could be slated for in left field.

“Obviously (he) had a few physical ailments last year,” Hahn said. “Let’s get him into camp healthy, get him into camp in shape and ready to go and then make an assessment versus what else we’ve added to the mix before locking him into 60 or 80 games in the outfield or primary DH. We’ll go from there.”

2. What’s the next step for Luis Robert?

Robert in September ran though a list of his 2022 setbacks.

“Even though we didn’t start very well, I was feeling good, and then in Cleveland (in late April), I had a little injury in my leg (suffering a a groin strain),” the center fielder said through an interpreter. “I came back and I was doing good again, and then I got COVID (in late May) and had to stop again. And then after that, I came back and started feeling good again, and then all of these things started happening (with his left wrist).”

Robert also missed time in July because of blurred vision. He exited an Aug. 12 game against the Detroit Tigers with the wrist sprain after attempting to steal second base, an injury that hampered him the remainder of 2022. He tried to play through the pain, at times swinging one-handed, before being placed on the injured list Sept. 24 and missing the rest of the season.

“He showed a lot of heart, he fought through, he did not want to shut it down,” Hahn said. “Finally, obviously had to intervene and shut it down for him because it was asking too much of him to hit big-league pitching with that pain in his hand.

“But he fought it every step of the way and did everything he could to get himself back out there. It’s not a shock, knowing him, but that’s the kind of guy he is and what he wanted to do. But ultimately we had to take that out of his hands, no pun intended.”

After being limited to 68 games in 2021 — mostly missing time because of a torn right hip flexor — Robert knows to reach his full potential he must stay healthy.

3. Is prospect Oscar Colás an option for right field?

Pollock started in right field for the Sox on opening day. Adam Eaton was the team’s opening-day starter at the position in 2021 and Nicky Delmonico was in that role in 2020.

The Sox likely will add another name to the list in 2023 after Pollock declined a player option last month.

Sheets, like Andrew Vaughn, is a natural first baseman. The Sox will likely insert Vaughn at that position, with Sheets aiding, after José Abreu signed with the Houston Astros. Vaughn played 84 games in the outfield, including 45 in right, in 2022.

Colás, ranked by MLB.com as the No. 2 prospect in the organization, could be in the mix in right field.

“We’ll head to camp and see where we’re at,” Hahn said regarding Colás. “But he impressed us last year and is on a real good trajectory to contribute in a meaningful way as soon as next year.”

Colás, 24, had a combined .314/.371/.524 slash line with 23 home runs and 79 RBIs in 117 games with Class A Winston-Salem (59 games), Double-A Birmingham (51) and Triple-A Charlotte (seven). It was his first season with the organization after agreeing to a $2.7 million deal announced in January during the international signing period.

“He’s working hard,” Hahn said. “The acclimation period is behind him, now it’s just a matter of showing that he’s ready and belongs in the big leagues. We believe in this kid.”