Todays Though > News > 3 questions for the offseason about the Chicago White Sox infield, including who will start at 1st and 2nd base – Boston Herald
News

3 questions for the offseason about the Chicago White Sox infield, including who will start at 1st and 2nd base – Boston Herald 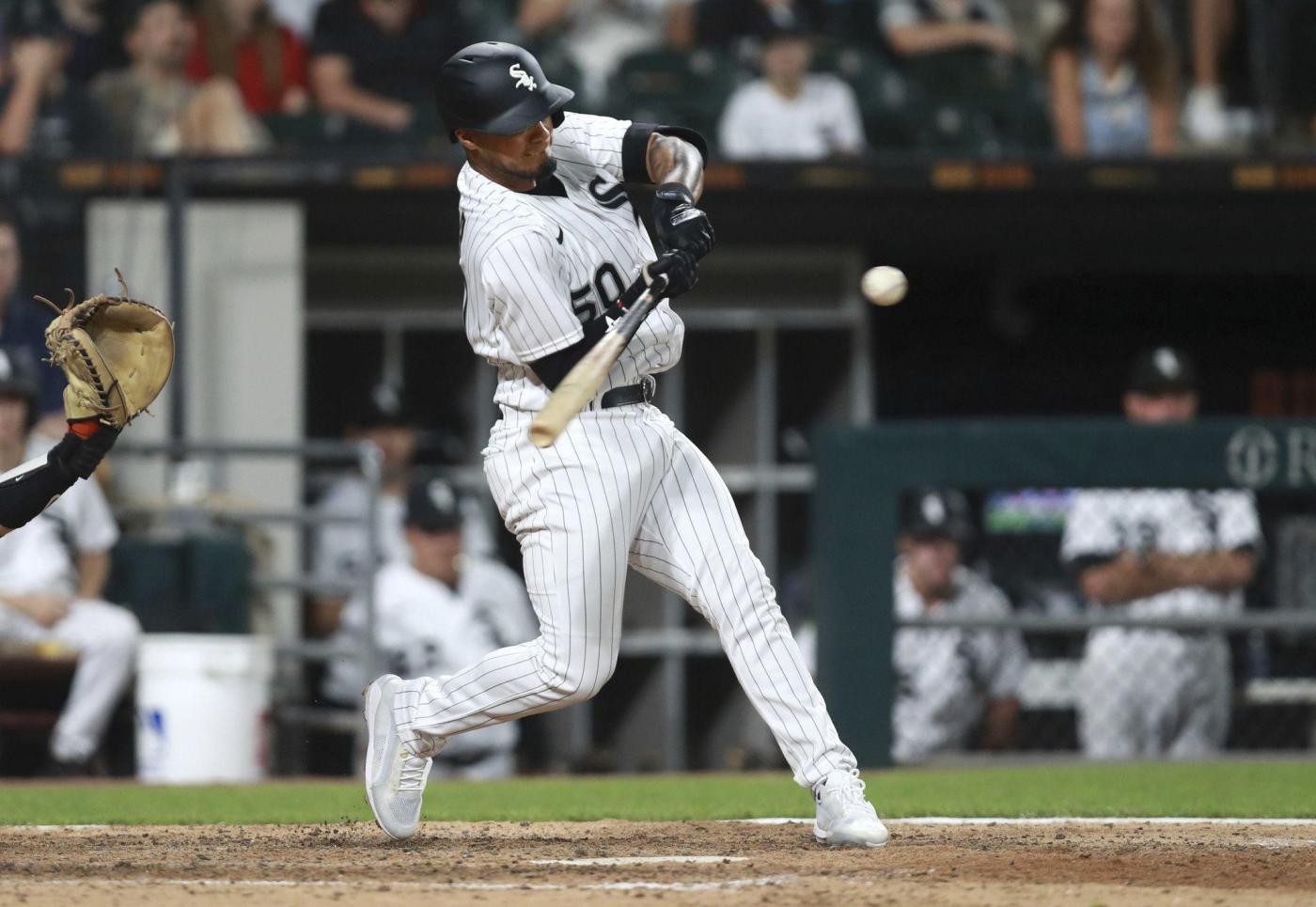 Second baseman Josh Harrison is a free agent after the Sox declined a team option for 2023.

What’s ahead for the Sox infield? Here are three questions to monitor this offseason.

Andrew Vaughn spent most of his first two seasons in the outfield. His future is at first base. That future appears to be 2023 after Abreu left for Houston.

“We’ve made no secret of the fact we’re very bullish on Andrew Vaughn’s future,” Sox general manager Rick Hahn said during a video conference call on Nov. 29. And make no secret of the fact we’ve asked a lot of this player over the last couple years in terms of his advancement and playing him out of position. And ultimately we think we’re going to be stronger as a club if we don’t have players playing out of position.”

Gavin Sheets, a natural first baseman who has spent most his time in the outfield, and catcher Yasmani Grandal could also be in the mix.

After hitting .301 in the first half, Vaughn batted .234 after the All-Star break.

“I think he was worn down,” Hahn said on Nov. 8 at the GM meetings in Las Vegas. “Obviously greater physical toll on you playing the outfield. He was a guy over the course of the year who played through some leg issues, probably somewhat exacerbated by having him out there in the outfield. But nothing that should linger into 2023.

“We’ve asked a lot of that kid in the last couple years and he’s performed quite well all things considered — his lack of experience, his age (24) and the fact we were playing him out of position.”

2. What’s next for Yoán Moncada and Tim Anderson after a disjointed 2022 season?

Moncada suffered a right oblique strain on the last day of spring training and began the season on the injured list.

“I think Yoán would describe (2022) as disappointing,” Hahn said. “He didn’t quite achieve, at least offensively, at the level that we’ve grown accustomed to with him.

“Defensively, he was pretty much a stalwart over there and continues to show himself to be one of the better defensive third basemen in the league. But it’s a matter of getting back on track offensively.”

“(Manager) Pedro (Grifol) made reference of getting him back to being an 80-walk guy would certainly serve him well,” Hahn said. “There’s certain things within his swing and setup, etc., that we have identified and hopefully be able to implement some changes to unlock that or get him back to who he was.”

Anderson had the production, hitting .301 and being named an All-Star starter. But his 79 games were the fewest in his career — except for the pandemic-shortened 2020 season — since arriving in the big leagues in 2016.

He suffered a sagittal band tear in his left middle finger in early August and missed the remainder of the season.

“It’s unfortunate we missed him for as long as we did,” Hahn said. “Certainly the finger thing was a freak occurrence which, knock on wood, something like that we don’t have to worry about going forward.

“He’s such an integral part to what we do offensively. You see it when he’s not around. You notice the lower level of energy and activity on the bases.”

The Sox signed Elvis Andrus soon after Anderson’s injury, and the veteran hit .271 in 43 games while filling in.

“Elvis came in and was an absolute pro, traditionally described as a ‘baseball player,’” Hahn said. “It was fun to have that element around and it’s one that would serve us well to have more guys replicating that.

“But Tim’s an integral part when we’re winning. He sets the tone at the top of the lineup, and when he’s not there, he’s missed.”

3. What are some options at second base?

After a slow start, Harrison finished with a .256 average. Hahn said the team’s decision to decline the club option on the veteran “comes down to resource allocation, and we do have some internal options (at second base) and perhaps there’s a way to balance the lineup a little better at that spot. We’ll see.”

“Leury’s best role was in that super-utility role, where he moves around and fills in from time to time as needed,” Hahn said. “Obviously over time last year, the hip, back issue became a little too much and he was compromised offensively.

“Having him in the right role has value. Obviously he needs to be healthy in order to do it. But it’s a matter of getting him back to where he was a few years back when he was known as a super-utility, fill-in guy.”

Speaking generally, not tied to a certain position or potential need, Hahn said the Sox are likely to be more active via trade than free agency this offseason. In any case, utilizing FanGraphs WAR across 2021-22, MLB.com listed Jean Segura (5.1) and Adam Frazier (4.7) as the top two free-agent second basemen.

“(Second base) is an area we feel we’ll spend some time this offseason if there is a way to get better,” Hahn said.