Todays Though > News > 3 takeaways from the Chicago Cubs’ sweep of the Philadelphia Phillies, including hope for Kyle Hendricks and Nelson Velázquez’s power
News

3 takeaways from the Chicago Cubs’ sweep of the Philadelphia Phillies, including hope for Kyle Hendricks and Nelson Velázquez’s power 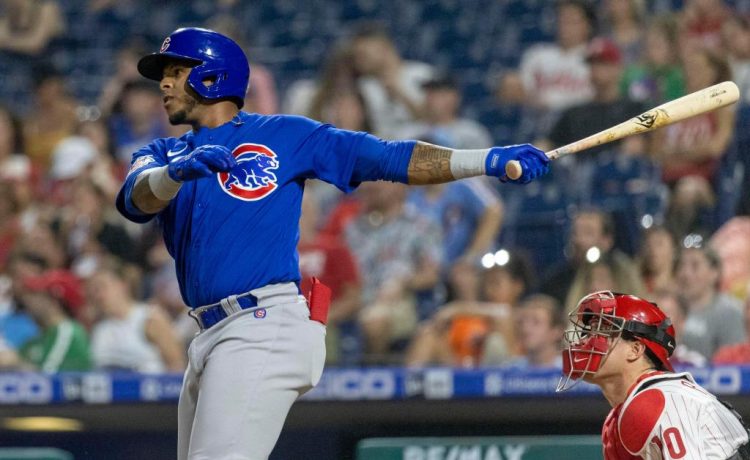 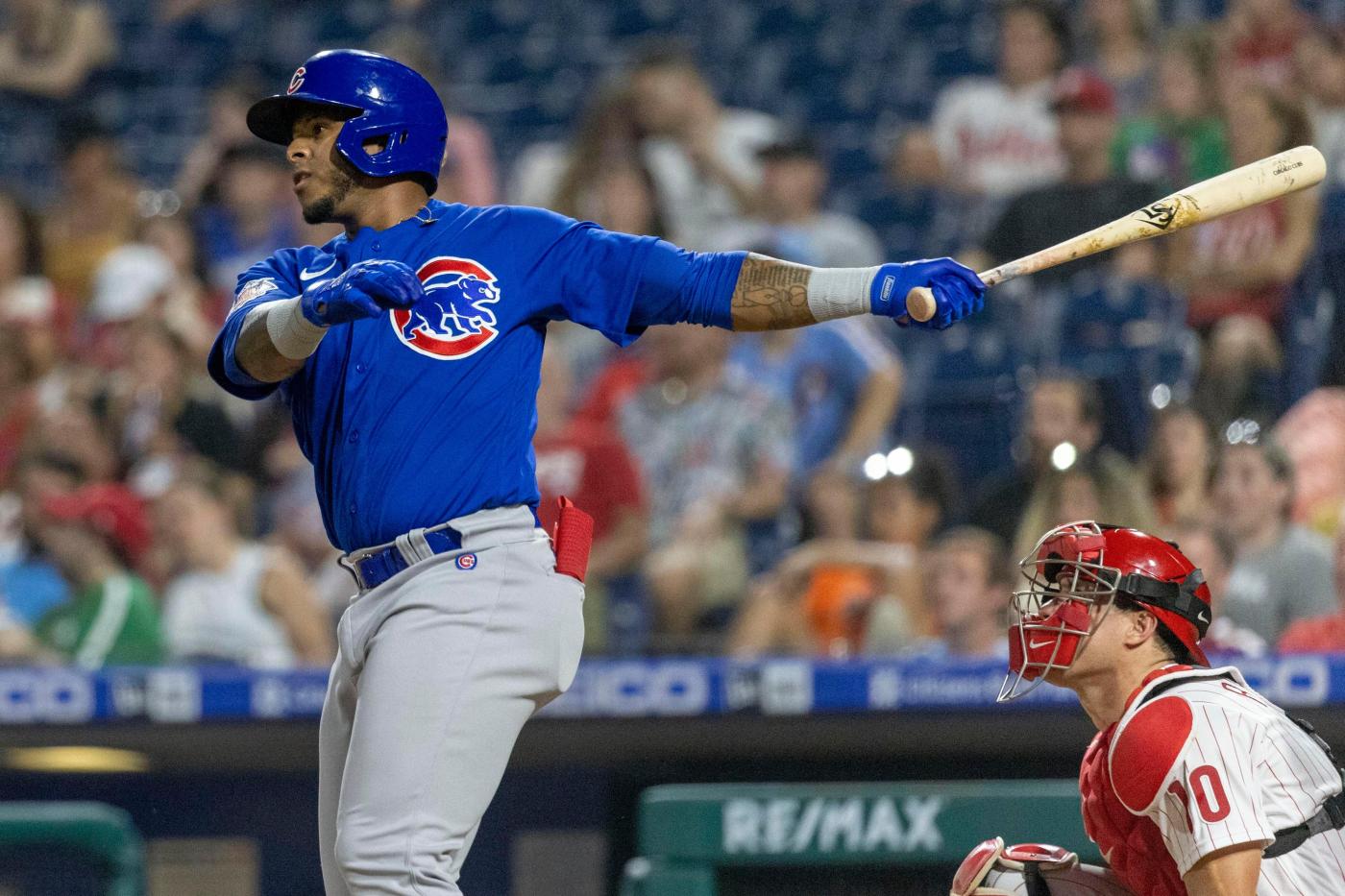 Wins always lighten the mood in the clubhouse.

Chicago Cubs manager David Ross joked catcher Yan Gomes will get all the day-game starts going forward after he hit two home runs in a 4-3 win Sunday afternoon against the Philadelphia Phillies. The homers were Gomes’ first since June 13.

“If the performances keep up like that I’ll take them all day,” a smiling Gomes said of Ross’ declaration.

Ahead of the Cubs playing seven of their next nine games on the road, here are three thoughts on the team.

1. There remains optimism Kyle Hendricks will pitch again this season.

A right shoulder strain landed Hendricks on the injured list July 6 with the expectation that it would be weeks before he would resume throwing.

The Cubs initially provided a murky timeline, relying on how the right-hander’s shoulder feels going forward. Hendricks will be re-examined Monday when the team is back in Chicago to see how his shoulder is progressing, pitching coach Tommy Hottovy told the Tribune.

Hendricks told the Tribune Sunday he is not yet fully asymptomatic and is still experiencing some sharpness on two positional movements. However, Hendricks said his shoulder is much better than how it felt when he went on the IL. He has started a strength program and is “absolutely” optimistic he will pitch again this season.

“You know your arm, how it needs to feel to throw a baseball and be able to do that,” Hendricks said. “So when I get up in the morning you kind of know where you’re at. But at least there’s always progress. There haven’t been any setbacks so that’s a positive for me. I just have to focus on keeping it simple, focus on the work I’m doing right now and not try and get ahead of myself.”

After the Cubs’ brief two-game home series against the Pittsburgh Pirates, Hendricks will travel with the team for their seven-game trip to San Francisco and St. Louis. The hope is he will be able to do some form of throwing during that trip.

“Once I’m symptom free I can really start ramping up weights and stuff like that — and that shouldn’t take too long in that phase — and then look at picking up a baseball,” Hendricks said. “But at least we’re on the way right now and out of the bad part.”

Hottovy believes Hendricks will return before the season ends, whether it’s one start or five.

“There’s a peace of mind knowing that you’re healthy at the end of the year than not pitching and saying, ‘OK, I think I’m going to be good,’ and then you start ramping up and it’s just not the same,” Hottovy said. “So I do think it’s important to get to a point where at the end of the year he’s competing and he can prove himself.”

Even veterans like Hendricks want to build confidence heading into the offseason. With more than two months remaining in the regular season, there still is time for Hendricks to get his shoulder back into game shape.

2. Drew Smyly’s trade value is boosted after one of his final starts before the deadline.

Smyly isn’t wondering if he’s making his final starts as a Cub despite the nearing trade deadline.

The left-hander pitched well Sunday in his third start back from the IL. He had a perfect game until Bryson Stott’s two-out double in the fifth that center fielder Christopher Morel nearly caught with a stellar diving effort. Smyly worked around Gomes’ error on a foul pop up and David Bote losing a pop up in the sun for an infield hit. Smyly limited the Phillies to one earned run in six innings with no walks and four strikeouts.

Smyly relied on a two-pitch mix of sinkers and curveballs because of an ineffective cutter. That might not fly for some starters, let alone getting through six innings while keeping the opposing lineup in check, but this is what can make Smyly so effective.

“The big thing with him is he just moves the pitches around pretty well,” Gomes said. “He’ll go in and out on guys and he’ll go to his curveball at any point. … He’s got one of the funkiest curveballs in the game, and he can throw it at anytime.”

Starting pitchers are coveted at the trade deadline, and Smyly’s veteran experience and reliability when healthy (3.93 ERA in 12 starts) makes him appealing to contenders. The 33-year-old has previously been traded three times in his nine years and is enjoying a Cubs clubhouse that features a good mix of veterans and younger players.

“I love it here, I love being a Cub,” Smyly said. “It’s a really fun organization to be part of. Home games are amazing. The clubhouse is awesome. I mean, we haven’t got off to the best start, obviously, our record’s not where we want to be. But showing up every day, everyone has smiles on their face and being in a lot of different clubhouses you really soak that in as a player knowing that you look forward to going into the field every day.

“There’s winning teams where it’s not that vibe so the Cubs do have that going for them. … I‘ve been on a lot of teams and it’s not always (like that). It helps when you win. It’s fun when you win, but it also matters who’s in the clubhouse and the personalities that are put together. That matters a lot.”

3. Nelson Velázquez shows he can bring thump even with irregular playing time.

Velázquez started only once during the Cubs’ three-game sweep at Citizens Bank Park, yet the 23-year-old outfielder walked off the field with more career home runs than when he arrived in Philadelphia.

Velázquez slugged two home runs off the bench in Friday’s blowout victory and then clubbed a solo homer Sunday in the fourth inning off Phillies left-hander Bailey Falter that held as the winning run. He is the only Cubs player this season to hit three home runs in a series of three or fewer games.

Velázquez is building a case to get more playing time after the Aug. 2 trade deadline when the Cubs potentially have more at-bats available.

Velázquez hasn’t appeared fazed by the irregular playing time and credits his ability to stay mentally strong, have fun and not stress about things out of his control.

Since being recalled June 20, Velázquez has started only 13 games. While his average (.246) and on-base percentage (.307) could use a boost,he has shown he can hit for power (.536 slugging percentage). Of his 15 hits since Velázquez was recalled, nine have gone for extra bases.

Velázquez can play center field and his speed adds another dynamic element to his game. Ross said over the weekend that Velázquez and Seiya Suzuki are the Cubs’ fastest runners.

“I’m really seeing the ball well,” Velázquez told the Tribune. “I’m trying to stay more on my approach to where I can do some damage and locking myself in. I really want to have the chance to get ahead and I really feel much better than a couple of weeks ago. That’s something that I’m really proud of.”