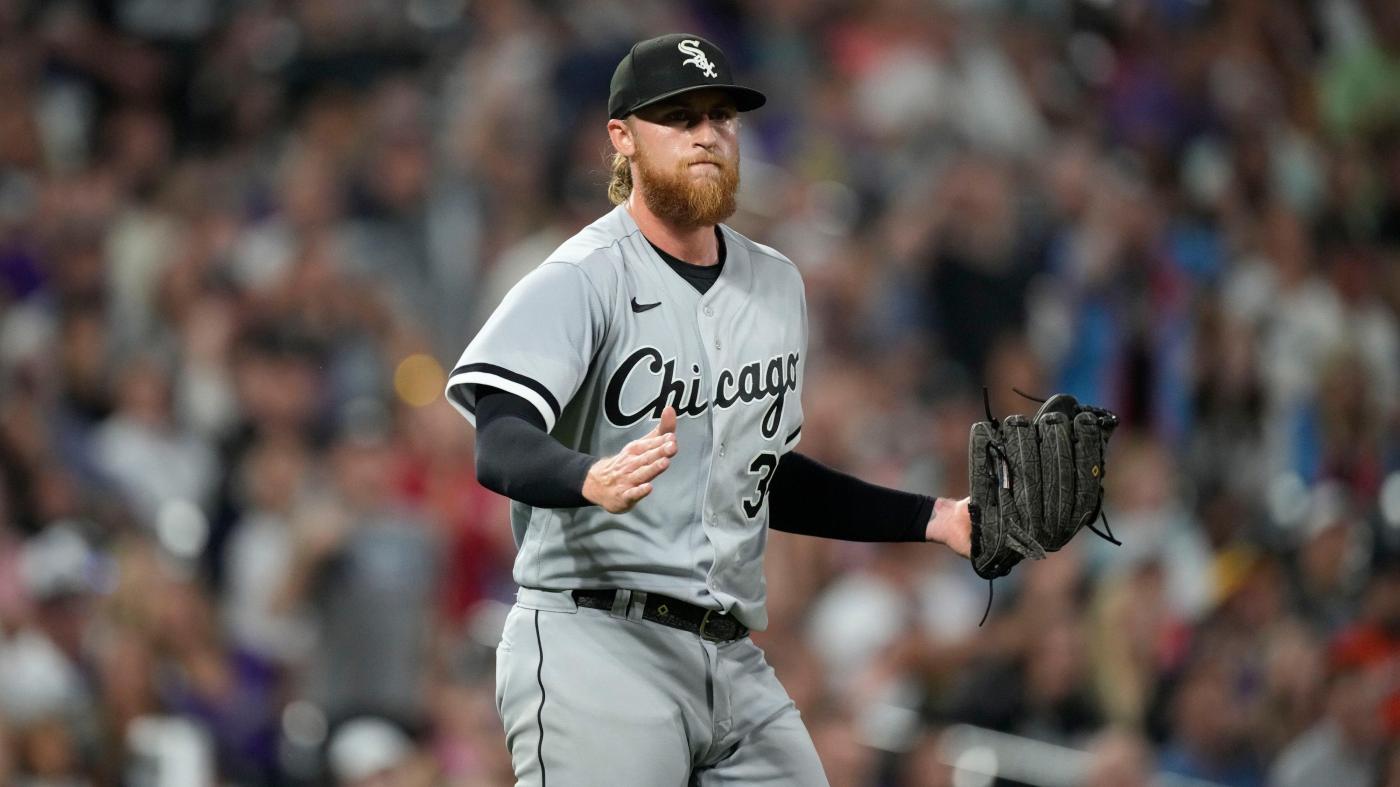 The Chicago White Sox were three outs away from gaining ground in the American League Central Wednesday.

Instead they left Coors Field with only a split of a two-game series after the Colorado Rockies scored twice in the ninth for a 6-5 win.

The Sox entered the ninth leading 5-4, but reliever Kendall Graveman walked the first three batters to load the bases for Elias Díaz. The catcher hit a two-run single to right.

It was a wild afternoon. The Sox trailed 3-0 after the first inning. Yasmani Grandal knocked in two in the fourth to get the Sox within a run.

Tim Anderson tied the game with a two-out single in the seventh, and the Sox took the lead later in the inning on AJ Pollock’s two-run single.

The Rockies scored once in the seventh, cutting the Sox lead to 5-4.

The Sox escaped a jam in the eighth without allowing a run. They were not as fortunate in the ninth.

Here are three takeaways from the split in Denver.

1. The margin for error remains small.

The Sox trailed 3-2 in the fifth but had runners on second and third with two outs.

They were on the verge of loading the bases for Pollock when Yoán Moncada drew a walk. But the catcher Díaz fired to third base on ball four, and Ryan McMahon tagged Leury Garcia before he could get back to the bag to end the inning.

It was a crucial mistake.

The next inning, José Abreu reached second with one out on a hustle double. Grandal hit a line drive, which second baseman Brendan Rodgers caught. He threw to second in time for an inning-ending double play.

Outs on the bases have hurt the Sox repeatedly this season, the most glaring example when they ran into a triple play after Pollock flied out to right-center in the seventh inning of a tie game against the Minnesota Twins on July 4 at Guaranteed Rate Field.

When a team is scrapping to put together rallies — the Sox did not homer in the two games at Coors Field — each moment on the bases matter. And those miscues can, and have, proved costly for a Sox team that has had a small margin for error.

2. Michael Kopech made the big pitches in the series opener. And the defense had his back.

Michael Kopech went into the All-Star break on a good note, allowing two runs on five hits in five innings in a win against the Twins on July 15 at Target Field.

He received aid in the form a big play in the fourth inning of that outing. Carlos Correa hit a grounder to the shortstop Anderson, who started a 6-4-3, inning-ending double play.

Double plays were crucial Tuesday in Kopech’s first start since the break. He allowed six hits and struck out four in 5⅓ scoreless innings in the 2-1 win.

Two of the three walks Kopech allowed came to consecutive batters in the second. The Rockies loaded the bases with one out, but Kopech got Brian Serven to ground into an inning-ending double play.

It was the first of four double plays the Sox infield turned Tuesday.

The Rockies had runners on the corners with one out in the fifth. Kopech induced Kris Bryant to hit a grounder to Anderson, who began a 6-4-3 double play.

Kopech exited after allowing a one-out single to Rodgers. Jimmy Lambert entered and got McMahon to ground into another double play.

The final double play, in the seventh, was the most impressive. Abreu fielded Charlie Blackmon’s grounder to first and fired to second to start a 3-6-3 DP.

The Rockies had at least one baserunner in each inning, but Kopech and the relievers made big pitches when necessary, and the defense had their backs.

3. Momentum stalls again as the White Sox return to .500.

With the victory Tuesday, the Sox went over the .500 mark for the first time since May 25 in Boston. They were 22-21 at that time.

The ninth-inning collapse Wednesday prevented the Sox from going to two over .500 for the first time since April 20. They are back to .500 at 49-49.

The first-place Minnesota Twins lost to the Milwaukee Brewers 10-4 earlier Wednesday, giving the Sox an opportunity to pull within two games of the division lead. But the Sox didn’t close out the win.

Additionally, reliever Joe Kelly exited in the eighth inning with right biceps discomfort. He’s being evaluated, according to the Sox.

The loss stalled a chance to build on the momentum gained after winning the final two of a four-game weekend series against the Cleveland Guardians and the opener against the Rockies.

Up next: the Oakland Athletics, who have the worst record in the AL, in a three-game series beginning Friday at Guaranteed Rate Field. It’s another chance for the Sox to gain some steam heading into the final two months of the season.