Todays Though > News > 3 things we heard from Chicago Bears coach Matt Eberflus, including building on their plan for Justin Fields – Boston Herald
News

3 things we heard from Chicago Bears coach Matt Eberflus, including building on their plan for Justin Fields – Boston Herald 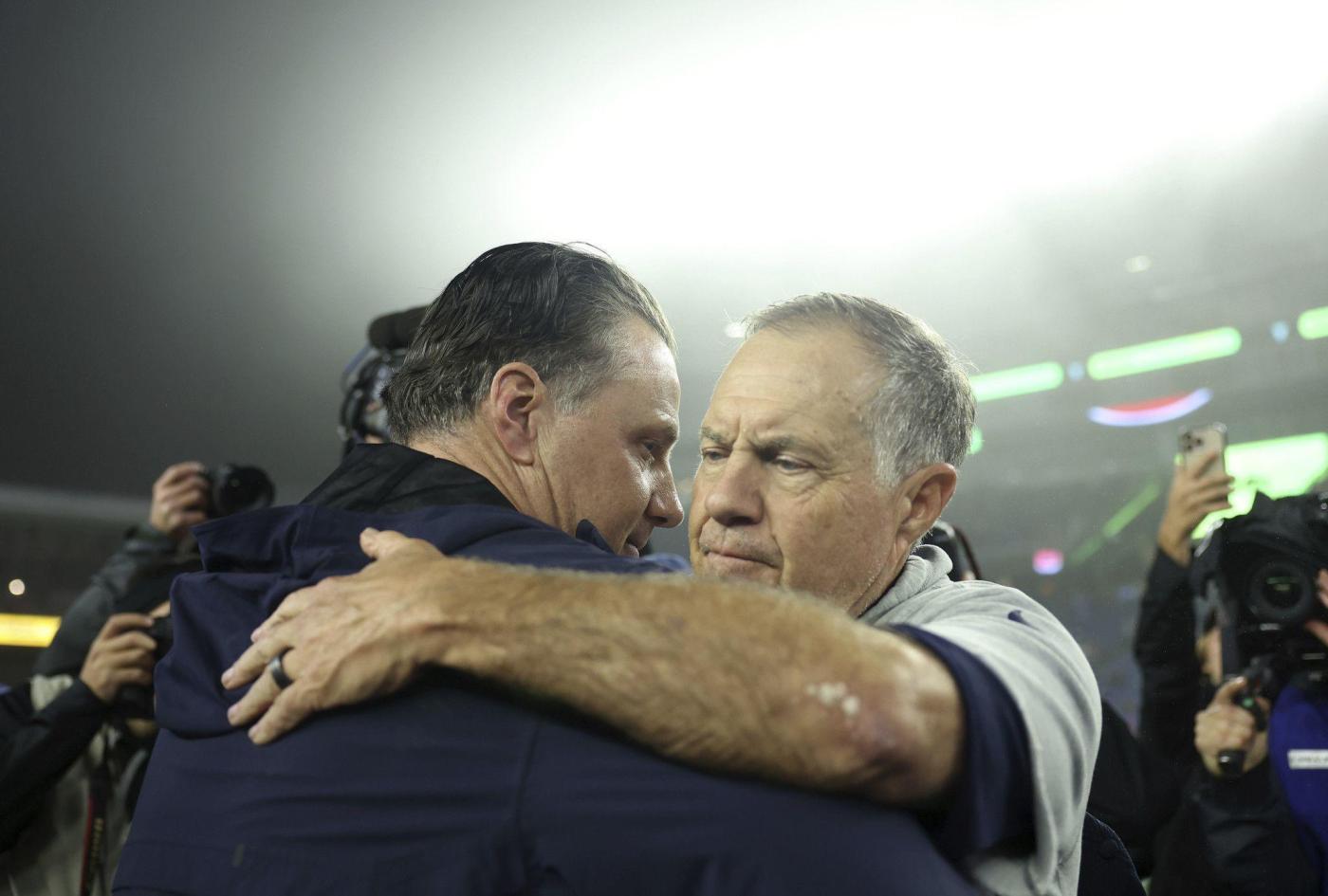 Chicago Bears players had Tuesday off to revel in their 33-14 upset win over the New England Patriots, but coach Matt Eberflus was back at Halas Hall beginning to plan for the Dallas Cowboys on a short week.

Eberflus met with reporters Tuesday afternoon to discuss what’s next. Here are three things we heard.

1. Eberflus stressed creativity — and caution — as the Bears try to build off Justin Fields’ game Monday.

Eberflus said teams now have tape of the Bears’ revamped game plan that coaches devised during a mini-bye weekend following the loss to the Washington Commanders. That means it might become more difficult than it was Monday against New England, after which Patriots coach Bill Belichick said, “We didn’t do a great job defending it.”

“Once you put it on tape, the guys have to defend it — then you want to be creative in the ways that you do things,” Eberflus said. “And you want to do it in a safe way because it is your quarterback. You want to make sure that you’re doing it the right way. He has to know when to do things the right way in terms of when to slide, when to get out of bounds.

“Then he has the unscripted plays where on third down he drops back and will take off for a first down. … It’s very hard to defend. I’ve tried to defend those guys over the years, and it’s very difficult. We just have to do it the right way, and we’ve got to be creative with how we do it.”

Bears coaches have a short week to come up with how to attack a Cowboys defense that has been elite against the pass but susceptible to the run.

“We’re working on the game plan right now,” Eberflus said. “So we’re excited about getting that going.”

Ebeflus said Patrick had more doctor appointments Tuesday to examine the toe injury that knocked him out of the game in the first quarter.

“We’ll find out later what we’re doing with that,” Eberflus said. “Right now we’re still in a wait and see.”

Patrick, who played six games at guard, replaced Mustipher as the starting center Monday, and the Bears moved Michael Schofield into the starting spot at left guard. But those plans changed with Patrick’s injury, and Mustipher went from the bench back to center.

Mustipher said after the game he tried to keep a mindset of getting better — recognizing he needs to handle the best of the best in pass protection — despite the disappointment of being benched.

“Initially you get pissed. It stings,” Mustipher said. “But the way I was raised and the people that count on me, it was, ‘All right, what now? What’s next? How do I respond to this?’ That’s the same thing I’ve done my entire life and the same thing I’m going to continue to do. When I get in there in that game … my first thought in my mind was, ‘All right, how can I help the Bears win?’”

Eberflus called Mustipher a “consummate pro” for how he handled the situation.

“When we made the switch, he just went to work because in this business it’s one snap and you’re back in, one snap and you’re starting for several games,” Eberflus said. “He’s a tough guy — mentally and physically tough. He came in there and did a nice job for us.”

3. Eberflus said Belichick was ‘complimentary’ after the game.

Eberflus and Belichick met for a hug and quick chat on the field at the end of the game.

“He was complimentary of the way we’re doing things and what we’re building here,” Eberflus said.

The Bears’ victory prevented Belichick from passing George Halas for sole possession of second place in all-time coaching wins. Belichick and Halas each have 324 career wins in the regular season and postseason. Don Shula is the all-time leader with 347 wins.

A mention of keeping Belichick and Halas tied drew a smile from Eberflus on Tuesday.

“I had a couple comments from the McCaskey family on that, and they were all pleased with that,” he said.