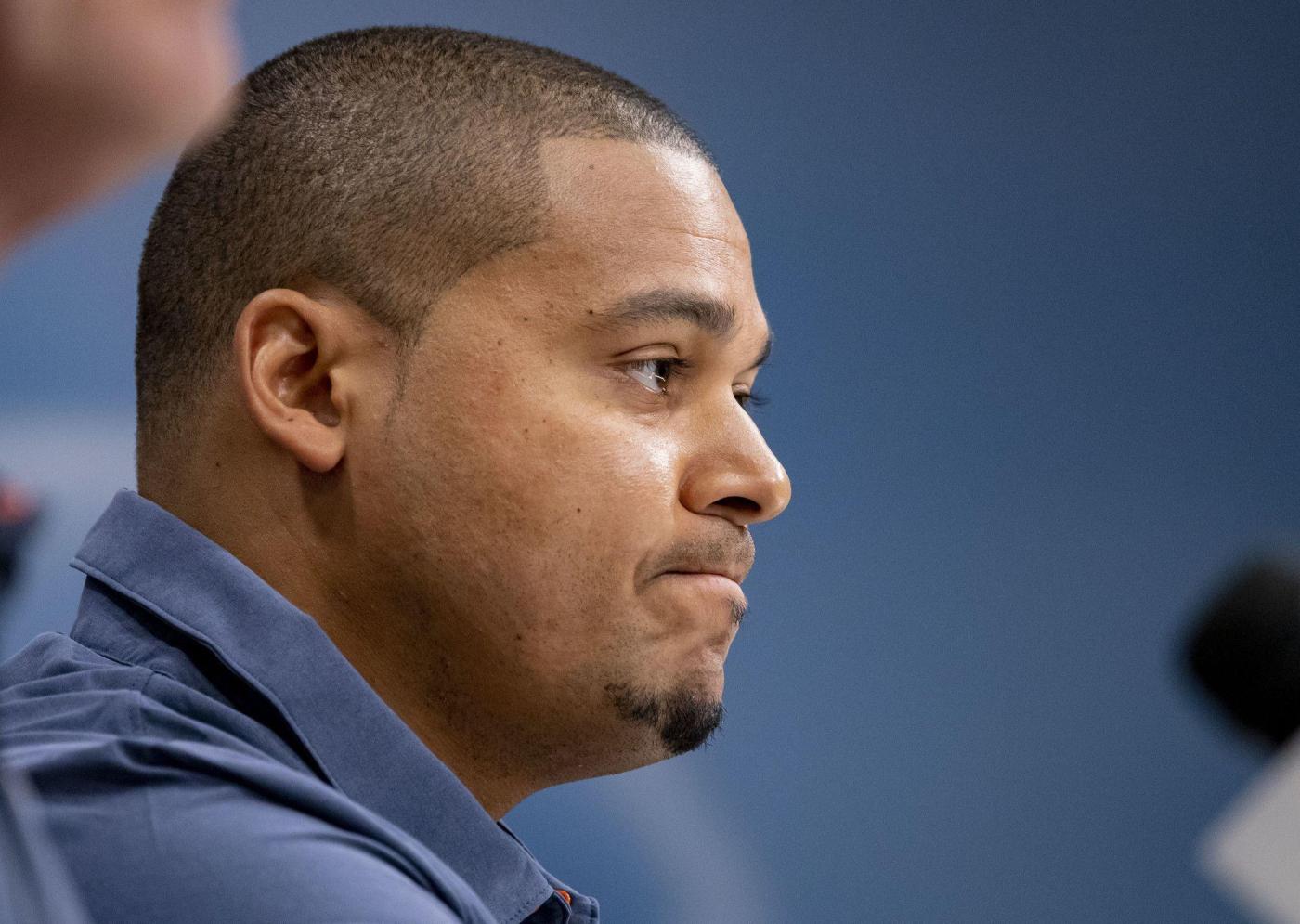 The team will hold its first camp practice Wednesday morning. On Tuesday, general manager Ryan Poles, coach Matt Eberflus and a handful of players spoke with reporters. Here are three things we learned.

1. The Bears are turning over every stone to stabilize a questionable offensive line.

Reiff, a first-round pick of the Detroit Lions in 2012 who has also spent time with the Minnesota Vikings and Cincinnati Bengals, immediately figures into the Bears’ competition at tackle and has the versatility to play on either side.

Both signings are an indication Poles is not resting in efforts to upgrade the line in front of quarterback Justin Fields, who expressed his happiness with the moves.

“It’s definitely going to help our team,” Fields said. “Especially the younger guys — just teaching them the ropes on how to be an NFL lineman and how to stay in the league for a long time. I’m definitely excited for them.”

The Bears seem to have only two clear-cut starters on the offensive line at this point, with Lucas Patrick locked in as the first-unit center and Cody Whitehair about to enter his seventh season as a starter on the interior. The Bears will now take a long look at Schofield at right guard as well as Sam Mustipher and rookies Zach Thomas, Doug Kramer and Ja’Tyre Carter.

At the tackle spots, Braxton Jones, Larry Borom and Teven Jenkins all took first-team reps during the spring but may now have to fend of Reiff to solidify a leading role.

“If everyone is competing, we’re going to get the best out of that unit,” Poles said. “I said it from the beginning. Our front office is not going to stop just chipping away and bringing good football players onto this team to compete and make the whole team better.”

Schofield and Reiff will challenge the Bears coaching staff in the early stages, pushing them to get the veterans into shape, teaching them the offense and assessing where they may best fit. Eberflus, though, continued to emphasize he’s not operating on a firm timetable to pick a group of five starters.

“There’s not a deadline,” Eberflus said. “But like I said in the spring, the sooner the better. We just added a couple of pieces. So that’s going to be two more pieces to the puzzle.”

2. Poles said Fields needs to ‘continue on the path he’s on’ as the QB looks to command the Bears’ new offense.

After watching Fields during the offseason program, Poles said the Bears’ second-year quarterback is “doing everything he’s supposed to do.”

“We’re going to continue to add things to the offense, and he’s going to have to continue to grow based on what he sees and (what) the defense throws at him,” Poles said. “I think one of the most important pieces is that command. Continue to bring that command and that leadership, and you saw that as we were finishing up the offseason.”

Fields said he took a week and a half off for a family vacation to Los Cabos in Mexico before returning to training, including working out in Austin, Tex., with other NFL players. When he returned to town, he contacted his Bears teammates to continue their work.

Fields said he has a different feeling heading into camp now than he did as a rookie.

“Our team as a whole, we just feel closer I think this year, just in my opinion,” he said. “Everybody on the team’s excited. We’re trying to all accomplish one goal and we’re just ready to get to work.”

Campbell was a respected resource within Halas Hall, had a strong bond with many players and even served on the organization’s five-person search committee during last winter’s hunt for a new GM and coach. But Poles fired him in July and replaced him 12 days later with Mike Wiley Jr.

Poles emphasized Tuesday his move to go in a new direction was based heavily on his desire to add a mental skills and mental health component to the Bears’ director of player development role. To that end, Wiley Jr.’s psychology degree and extensive experience proved attractive. He had been with Courtex Performance since 2019 and, according to the Bears, has consulted extensively with college and high school players, as well as with players in FIBA. Wiley Jr. also has worked with Indiana State and Lincoln Memorial men’s basketball programs, the Lipscomb women’s basketball program and the Loyola track and field team.

Said Poles: “With the pressures this game puts on you, there’s a mental piece to this that’s absolutely critical. And I wanted someone who could come in and be educated — through their education, through school — on how to work with players to get their mind set the right way. How do you clear your mind? How do you go to the next step and push away a bad game, a bad practice or things that are wearing on you mentally? How can you overcome that? So I just wanted to go a different direction on the support we’re giving our players.”

Poles noted he speaks with a sports psychologist monthly to help deal with the intense pressures of his job.

“It’s absolutely critical that you can lean on someone who can give you advice on how to handle different situations so you can perform at your highest possible level,” Poles said.

The hope is Wiley Jr. will aid Bears players in that regard.