Todays Though > News > 4 takeaways from the Chicago Cubs’ 2022 MLB draft, including a pitcher-heavy haul and a player with ‘Nintendo-type numbers’ – Boston Herald
News

4 takeaways from the Chicago Cubs’ 2022 MLB draft, including a pitcher-heavy haul and a player with ‘Nintendo-type numbers’ – Boston Herald 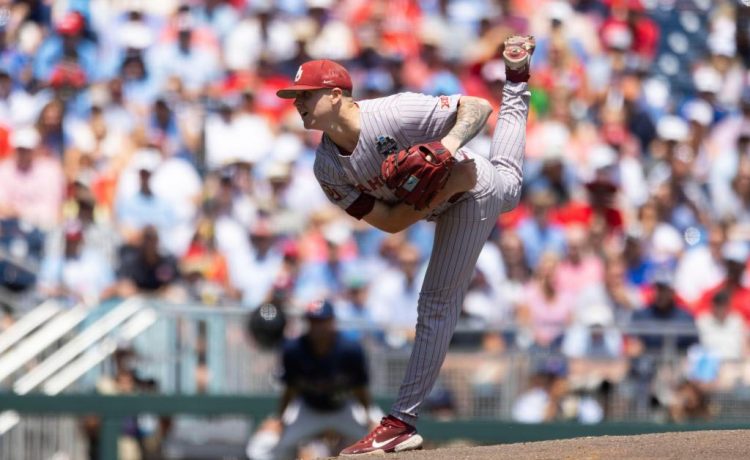 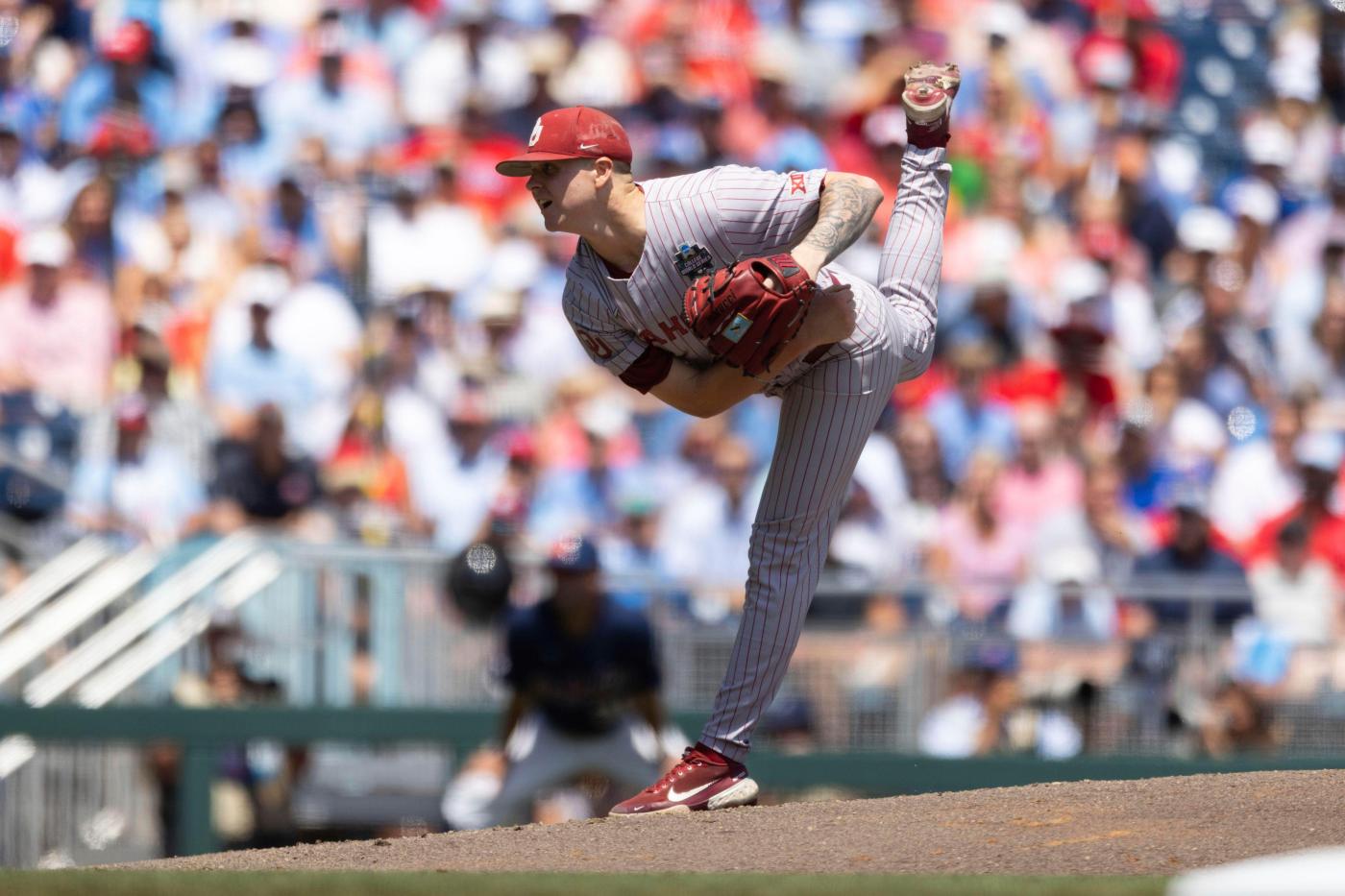 That sums up the Chicago Cubs’ three-day, 20-round MLB draft. By the time the draft ended Tuesday afternoon, 16 of the Cubs’ 20 picks were pitchers along with two outfielders, a shortstop and a catcher.

Vice president of scouting Dan Kantrovitz said afterward he would be surprised if the Cubs signed all 20 players, but he anticipates agreeing to deals with 18 or 19 of them, a figure he’d be “really happy” with.

“The way the draft is structured, you have to put different plans in place for various scenarios that may unfold during the signing process,” Kantrovitz said Tuesday during a post-draft video call.

Like every big-league team, the Cubs hope they came away with impactful talent in this draft class, a group that includes high school right-hander Mason McGwire, the son of former St. Louis Cardinals slugger Mark McGwire whom they took in the eighth round.

The Cubs’ first two selections Sunday — right-hander Cade Horton (No. 7) and left-hander Jackson Ferris (No. 47) — started the pitching trend. Although they drafted high school shortstop Christopher Paciolla in the third round, the next 11 picks were pitchers.

The Cubs’ philosophy entering the draft centered on taking the top available players on their board. However, Kantrovitz explained the organization was also mindful, especially going into the final day, of its minor-league depth and where there would be opportunities for draftees to accrue innings or at-bats.

“Pitching is a need for every major-league baseball team,” Kantrovitz said, “and right now when we looked at our depth charts, there was a lot more places where pitchers could get innings than where hitters would be able to get at-bats. You want to make sure to be careful when you’re drafting a player, especially on Day 3, that there’s going to be somewhere for him to play and get at-bats.”

The Cubs have a lot of young position players who need as many at-bats as possible over the final two months of the minor-league season. And unless the Cubs believed they were drafting someone better than one of those players, Kantrovitz said, they didn’t want to take away at-bats from a prospect already in their system.

“It’s hard to have too much pitching,” he said. “And if you don’t draft it, then you have to sign it after the draft. So from the standpoint of where we ended up, it ends up being somewhat of an equilibrium in terms of the players going into our system and getting ABs and having innings. We’re not going to need to probably do too much after the draft in this case.”

2. ‘Open-minded’ to a fourth-round pick as a two-way player.

Did the Cubs draft baseball’s next two-way player?

That’s likely a stretch, but it appears fourth-round pick Nazier Mule will get an opportunity to show he can play both ways. The Cubs “thoroughly” evaluated the 17-year-old as a hitter and pitcher, according to Kantrovitz. Mule’s two-way ability was one of the reasons the Cubs drafted him.

“We have some scouts that are really excited about him offensively,” Kantrovtiz said. “He’s just a dynamic, exceptional athlete.

“We’re going to be open-minded to somebody that might be able to do both … but certainly don’t want to close any doors there.”

Mule projects as a better pitcher, able to hit triple digits with his fastball, though he’s more consistent with the pitch when throwing it a few ticks slower. He also possesses impressive raw power, making the 6-foot-3 shortstop an intriguing right-handed hitter. Perfect Game rated him the top two-way prospect coming into the draft.

Mule, a University of Miami commit, was announced as a pitcher when the Cubs selected him Monday, and Kantrovitz expects the organization to evaluate him first off the mound. Kantrovitz did not rule out Mule getting a look as a position player.

“Just because we’re going to start off with the evaluation one way doesn’t mean we’re going to typecast him into that role,” Kantrovitz said. “He’s dynamic on both sides.”

And though 14th-round pick Shane Marshall spent most of his college career at catcher, the Cubs will convert him to a pitcher. Marshall threw only 1⅔ innings at the University of Georgia. He twice pitched in relief in 2022, recording one out in each appearance. Despite the limited looks, Cubs scouts saw some “pretty special” mid-90s fastballs out of the 6-foot-4 right-hander.

“There’s no plans for Shane to do anything but pitch once he gets in the organization,” Kantrovitz said. “When you get a few different data points even if not too many pitches, if it’s potentially a special pitch, that’s something that we want to make sure that we have the opportunity to develop and we’re excited about him.”

The Cubs did not shy away from pitchers with arm injuries.

Kantrovitz indicated before the draft that injury history would not prevent them from considering a player. The Cubs ultimately selected three players with notable injury histories.

Horton missed his entire freshman season at Oklahoma in 2021 after Tommy John surgery, which limited his college career to 14 games (11 starts) in 2022.

Fifth-round pick Brandon Birdsell missed his junior season in high school because of Tommy John surgery, and a strained rotator cuff ended his 2021 season at Texas Tech in April. Birdsell avoided rotator cuff surgery, and the right-hander bounced back to become Big 12 pitcher of the year.

Oregon State right-hander Will Frisch, their sixth-round pick, underwent Tommy John surgery in March. The Cubs scouted him two years ago and met with him at the MLB combine last month at Petco Park in San Diego. At the combine meeting, Kantrovitz said they went over Frisch’s rehab and where the pitcher was in his progression, mindset and goals.

“Despite really not getting out there this year, he’s somebody where we have to just rely on the history and then just get really comfortable with Will as a person, which we ended up doing,” Kantrovitz said. “And he’s somebody that once he gets healthy could turn into a pretty exciting power arm.

“We have a lot of confidence that he’s going to put these things together.”

Leading up to the draft, the Cubs conducted four workouts. Three were general workouts at separate facilities — in Texas, at their complex in Mesa, Ariz., and at their High-A South Bend ballpark — as well as a few individual workouts at Wrigley Field.

Kantrovitz estimated five or six players they drafted attended one of the predraft workouts. One was 15th-round pick Haydn McGeary, a Colorado Mesa University catcher. He worked at the Cubs complex in Mesa, where the organization was able to get to know the 22-year-old on a different level beyond McGeary’s eye-popping numbers.

The 6-foot-5 McGeary will get an opportunity to stick at catcher, though Kantrovitz anticipates moving him around and playing him at first base.

Said Kantrovitz: “He’s accumulated some off-the-charts, Nintendo-type numbers, but that’s backed up by some context-neutral data points as well when we’re talking about the exit (velocity) and the manner in which the ball just flies off his bat. We got to the point where we were really comfortable and the potential in having a power bat.”