Todays Though > News > 4 things to watch for as the Chicago Bulls open preseason play tonight, including who will start at point guard – Boston Herald
News

4 things to watch for as the Chicago Bulls open preseason play tonight, including who will start at point guard – Boston Herald 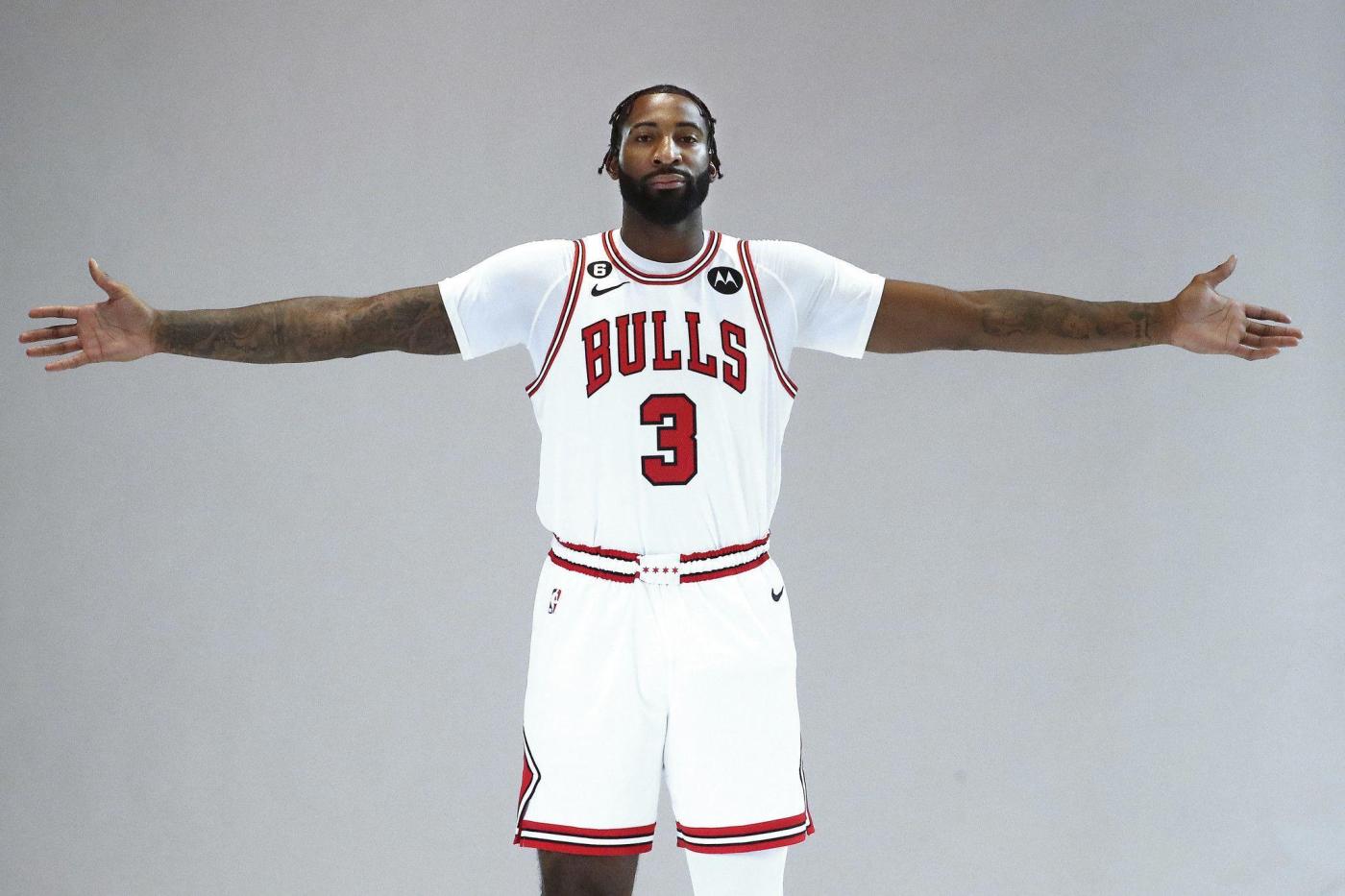 The Chicago Bulls return to the court to gear up for the 2022-23 season with Tuesday’s preseason opener against the New Orleans Pelicans at the United Center (8:30 p.m., TNT, NBCSCH+).

Four exhibition games will offer an early glimpse at this season’s team, which features 13 returning players from last season’s roster.

Here are four key questions for the Bulls heading into preseason action.

1. Who will start at point guard?

Coach Billy Donovan said Lonzo Ball continues to progress after Wednesday’s knee procedure, his second since a meniscus injury sidelined him in January. But Ball is months away from returning to the starting lineup.

In the meantime, the Bulls need to use the preseason to solidify their point guard rotation. They could play around with different rotations — for instance, starting veteran Goran Dragić and closing with Alex Caruso to balance experience and defensive acumen.

Preseason games might not provide a completely clear answer. Dragić still is practicing under restricted minutes after participating in the Eurobasket tournament last month, which could result in a lighter preseason workload than he will play in the regular season. But Dragić said the Bulls will begin to solidify their rotations during the preseason games, which could give hints at the starting point guard.

2. How does a healthy Zach LaVine factor into the offense?

After a season marred by a knee injury, LaVine voiced eagerness about returning at full health in 2022-23.

The Bulls need more availability from their All-Star shooting guard this season after LaVine signed a maximum contract extension in the offseason. The preseason offers the first look at LaVine’s style of play after arthroscopic knee surgery over the summer.

Donovan said he will speak with veterans such as LaVine, Dragić and DeMar DeRozan to determine how many preseason minutes they need to prepare for the regular season without risking fatigue or injury. Although key starters are unlikely to play full rotations, the Bulls would benefit from giving LaVine and DeRozan ample time on the court together.

3. Has Patrick Williams upped his aggression?

Bulls teammates and coaches have been frank about needing more from the power forward in his third season. Williams also was deterred by injury last season, spending most of it on the bench healing torn ligaments in his left wrist.

Williams was notably hesitant after returning late in the season, a trait that also stuck out during his rookie season.

The Bulls have urged Williams to increase his volume of shots as well as his downhill aggression when driving to the basket. If he doesn’t display more confidence during preseason competition, the Bulls might have cause for concern as Williams continues to find his place in the rotation.

The Bulls added to their backcourt depth by using the No. 18 pick in the NBA draft on Terry, a defensive-minded guard from Arizona who still is working on his jump shot as he enters his first season.

The Bulls voiced optimism about Terry’s performance in the NBA Summer League, in which he averaged 11.8 points. But is he ready for real NBA minutes?

Donovan said the Bulls plan to bring Terry along slowly, utilizing the G League’s Windy City Bulls as a platform to build up to first-team minutes. But the Bulls said the same of Ayo Dosunmu ahead of his rookie season, which ended with the first-year guard helming the offense in Ball’s absence.

The Bulls already are operating with a diminished depth chart at guard because of Ball’s injury. Terry’s performance the next two weeks will set a gauge for his readiness to begin seeing minutes in the secondary rotation.