Todays Though > News > 4 things we learned at Chicago Bears practice, including roster churn after injuries and an encouraging rookie performance – Boston Herald
News

4 things we learned at Chicago Bears practice, including roster churn after injuries and an encouraging rookie performance – Boston Herald 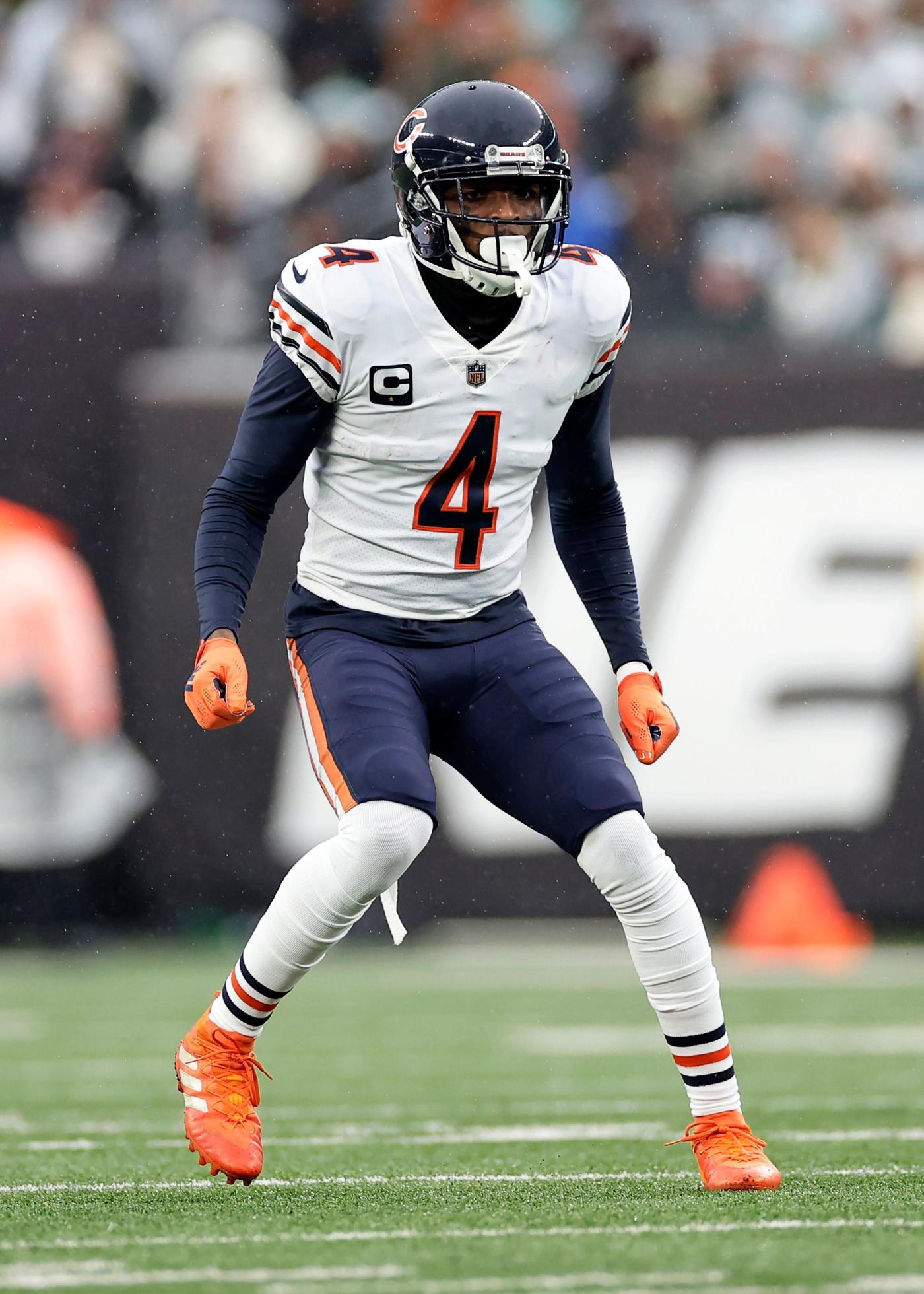 For the Chicago Bears, all eyes remain on the injury status of quarterback Justin Fields, who is still dealing with a separated left shoulder and has yet to be cleared for full participation in practice.

Fellow quarterback Trevor Siemian, who started Sunday against the New York Jets, sat out Wednesday’s practice with the oblique injury he suffered in pregame warmups last weekend. That leaves practice squad quarterback Nathan Peterman as the emergency option to start this week against the Green Bay Packers, with the Bears also signing Tim Boyle off the Detroit Lions’ practice squad as a precautionary measure.

Here are four things we learned Wednesday at Halas Hall.

1. The Bears’ injury issues and roster churn go well beyond the quarterback position.

Safety Jaquan Brisker and cornerback Kyler Gordon both remain in concussion protocol for the second consecutive week, still awaiting clearance to return to the field.

“They are in it until they come out,” Bears coach Matt Eberflus said.

In addition, the Bears placed safety Dane Cruikshank on injured reserve with a hamstring issue and confirmed Eddie Jackson’s foot injury includes damage to his Lisfranc joint and will end his season.

Eberflus said the team was still seeking additional information to determine whether Jackson will need surgery on his left foot.

On the offensive line, meanwhile, with uncertainty surrounding the availability of Riley Reiff (shoulder) and Larry Borom (ankle/knee), the Bears may be looking at Alex Leatherwood as this weekend’s starter at right tackle. The team claimed Leatherwood off waivers in early September but he has yet to see game action.

Leatherwood was a top-20 pick by the Raiders in the 2021 draft but was cut before the regular season.

In other injury news, receiver Chase Claypool (knee) and cornerback Kindle Vildor (ankle) were limited in practice. Dante Pettis (illness) did not participate.

2. Lost in the blowout loss to the Jets was the encouraging performance of rookie running back Darrynton Evans.

With his first taste of extended action on offense, Evans turned nine carries into 34 yards and added a 33-yard reception on a check-down reception from Siemian. The rookie from Appalachian State left MetLife Stadium feeling energized.

“It definitely felt good to contribute,” he said. “This was my third opportunity to get in a game and so you definitely cherish the moment and try to make the most of it. My mindset was just, ‘hey, go do what you do.’ You have to keep that confidence in yourself. They know what I can do.”

Evans’ approach and ability to handle whatever has been thrown at him has impressed Eberflus.

“He’s an explosive athlete,” Eberflus said. “You saw him make that one catch. And he did a real nice job of making the safety miss and taking it down there. We always tell (our guys) to do a good job of falling forward. He did a nice job with that. He did a nice job in protection as well. He knew his assignment. He played fast.”

For Evans, that should translate into additional opportunity this weekend against the Packers.

3. Without his favorite receiver Darnell Mooney, Fields will be challenged to develop heightened chemistry with the rest of his receiving corps.

Mooney’s season-ending ankle injury opens the door for both Claypool and Byron Pringle to see increased action. It will also be interesting to track the production of Equanimeous St. Brown, Dante Pettis and Velus Jones.

Before Wednesday’s practice, Fields expressed eagerness to test some of the team’s other pass catchers.

“I think it’s an opportunity,” he said. “I’m excited to build that connection more with other receivers on the team. I think it’s going to be fun finding out what different guys can do.”

4. With high winds, the Bears took practice indoors to the Walter Payton Center.

With their regular Wednesday focus on first and second down, Eberflus decided practice conditions for passing would be better inside than amid the 20 mph winds that were swirling around the outdoor practice fields.

As of now, Sunday afternoon’s forecast at Soldier Field calls for sunny skies, highs in the upper 30s and moderate winds. Eberflus said the Bears were hopeful to practice outdoors on Thursday and/or Friday.