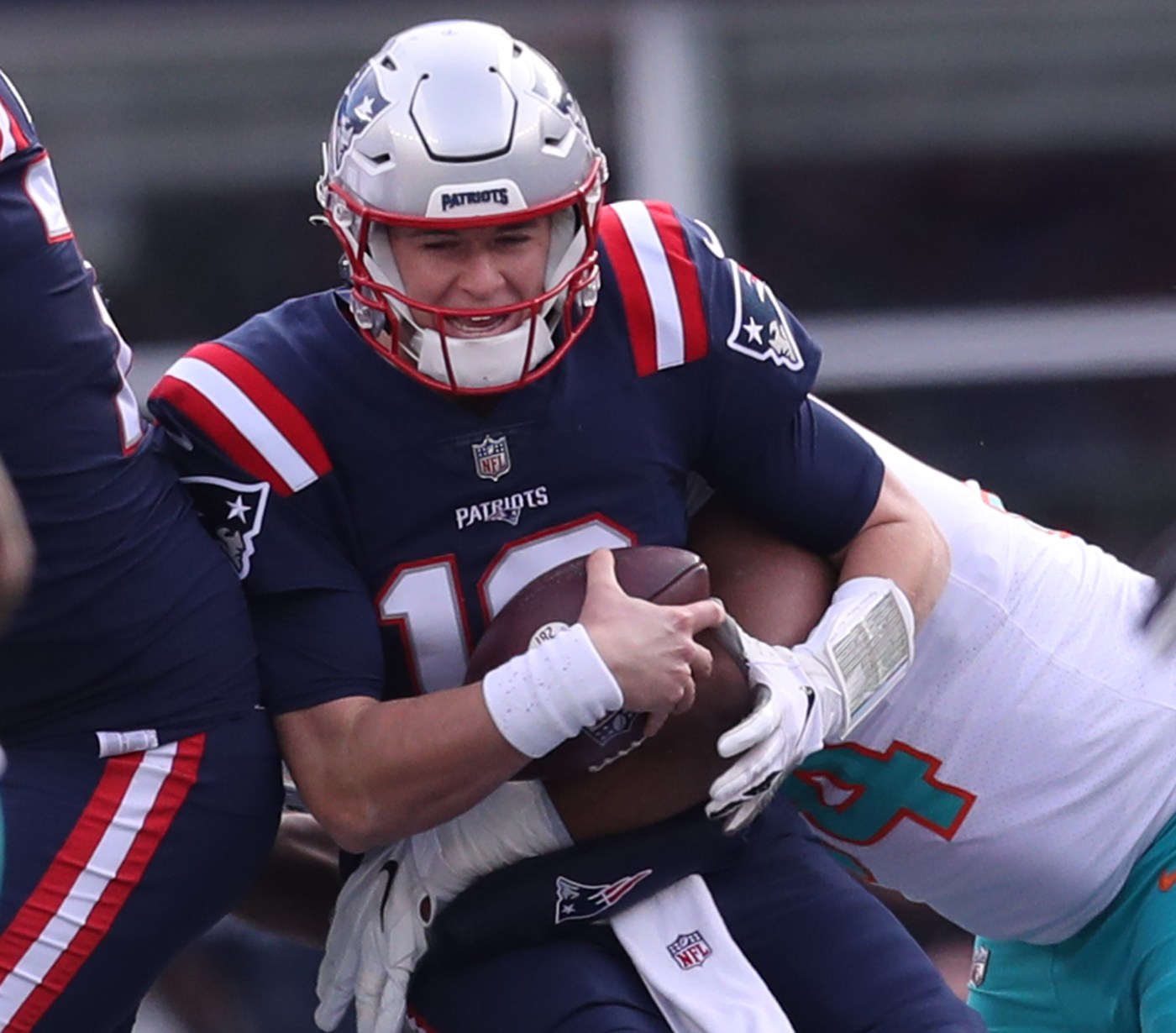 The Patriots have gone backwards.

After making the postseason in 2021, the Pats finished a season of unusual turmoil and predictable coaching woes at 8-9. The good news is coaching changes are reportedly on the way, and the Pats are projected to hold the fourth-most cap space in the league heading into free agency. The Patriots are also armed with significant draft capital, which they could use to reinfuse the roster with young talent or wield in the trade market.

However the Pats proceed, the stakes are significant. The franchise hasn’t won a playoff game in four years, and for the first time in his 23-year tenure, Bill Belichick’s job security has been questioned.

To put the Patriots back on track, the Herald is publishing a daily series with five offseason fixes that cover the draft, free agency and coaching changes.

No. 1: Commit to an offensive system

Wanted: Elite tackles who can consistently block and won’t commit a ton of pre-snap penalties.

The Patriots were clearly lacking in that department in 2022.

Neither starting tackles, Trent Brown or Isaiah Wynn, had productive seasons, especially when you consider their previous standards. Brown alone was tied for the league lead with 13 penalties, most of those of the pre-snap variety, while Wynn wasn’t far behind with nine.

Neither player seemed totally invested after offensive line coach Matt Patricia had them switch sides. As a free agent, Wynn stood to lose money moving across the line from the left side to the right. Brown’s new deal, meanwhile, was based off right tackle money, which isn’t as lucrative as a blind-side protector.

Whether any of that had an impact or not, there’s no dispute about their respective performances, or lack of such. Wynn wound up being benched at one point.

The Pats also lacked quality depth at the position and were forced to bring Marcus Cannon, who had one foot headed toward retirement, back and also signed Connor McDermott off the Jets practice squad to fill in with Wynn finishing the season on IR.

Yodny Cajuste was the swing tackle to start the year, but had a tough time staying healthy, which has been the norm during his time as a Patriot. That left McDermott as the starting right tackle in the final three games.

All of that led to the Patriots having huge pass protection issues. Mac Jones was sacked 34 times in 2022, which was six more than the previous year. He also played in three fewer games, which makes the total stand out even more.

The inability of the tackles and line to adequately protect was partially responsible for the conservative play-calling that existed most of the season. It was hard to push the ball downfield with a line that caved in from the outside in.

Looking at the line as a whole, tackle play was the worst of it. On the inside, right guard Michael Onwenu had an All-Pro type season, while left guard Cole Strange ran hot and cold. The Patriots also struggled whenever center David Andrews missed time, but looking at the big picture, reinforcements have to start at tackle.

With Wynn likely headed out the door in free agency, and the team not boasting quality depth at the position, the Patriots need to strike with tackle talent both in the draft, as well as free agency.

They have the cash to do it in free agency, as well as the capital to land significant upgrades via the draft. They enter the 2023 draft having the 14th overall pick, but also have a plethora of picks throughout.

So double-dipping with free agency and the draft makes sense at a vital position.

While the 2023 tackle class might not boast the top-end talent of last year’s group, which included three top-10 picks and five first-rounders, this class is said to have plenty of depth with Day 2 selections.

Of course, it’ll be interesting to see if Patricia, who served as both the play-caller and offensive line coach, will still man the O-line when all the smoke clears with the coaching staff. With the Patriots in search of an “offensive coordinator” it would appear Patricia will have at least one of his jobs taken away.

During his end of season meeting with the media, Bill Belichick said they would assess everything, and react accordingly.

“As we do every year, we’ll evaluate everything, and try to make the best decisions we can to move forward, to be more competitive, to have a stronger team in the future,” said Belichick.

Being more competitive on offense means acquiring a stronger group on the flanks of the line. It’s tough to throw the ball successfully when you can’t protect.