Todays Though > News > 5 takeaways from the Chicago Bulls’ 126-103 blowout loss, including a mismatch behind the arc and yet another sluggish start – Boston Herald
News

5 takeaways from the Chicago Bulls’ 126-103 blowout loss, including a mismatch behind the arc and yet another sluggish start – Boston Herald 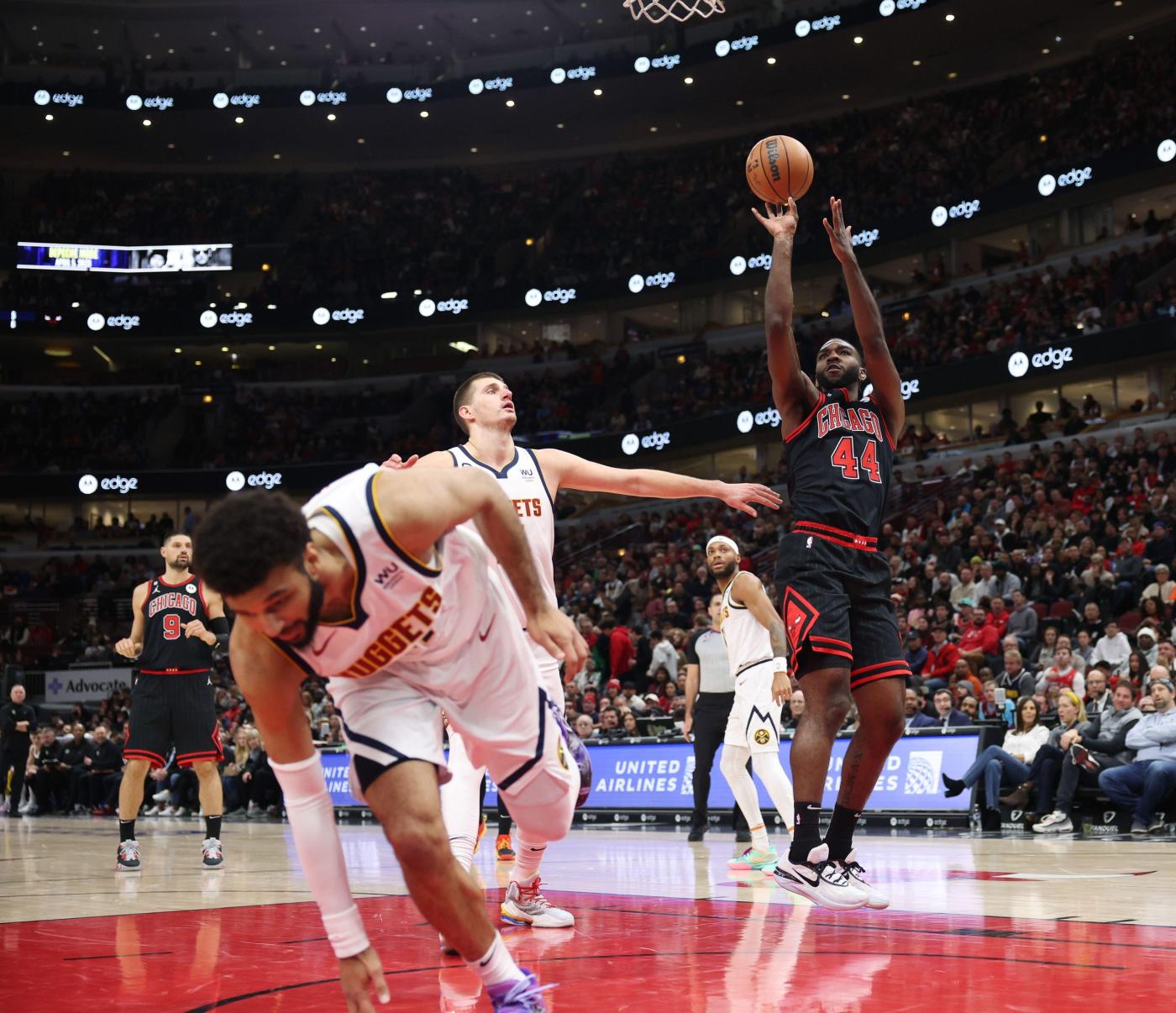 The Chicago Bulls dropped a second straight game Sunday night in a 126-103 blowout at the hands of the Denver Nuggets. They are now 6-8 on the season and fell to 11th in the Eastern Conference.

Here are five takeaways from the loss.

1. The Bulls were rusty after three days off.

After four back-to-backs in the opening three weeks, the Bulls were grateful to catch their breath with a three-day break from games. But the team showed signs of rust early Sunday, digging themselves into yet another early-game deficit and getting outscored 32-20 in the first quarter.

The Bulls turned the ball over six times in the first quarter, providing free ammunition to the hot-handed Nuggets who shot 60% from the field. The starting unit fell flat in the face of the early Denver pace, forcing their bench reserves to once again stage an attempted comeback.

“I believe energy is a choice,” coach Billy Donovan said. “You can’t play off of feelings, because feelings come and go. You’ve got to eliminate feelings and choose to do things. We have a choice with what kind of energy to play with and circumstances cannot impact or effect our energy. We’ve got to choose energy, because that’s all it is. It’s a choice.”

The two-time NBA MVP didn’t need to score much to control the game for the Nuggets. Jokić commanded the court with his passing, logging 14 assists in just under 28 minutes before sitting most of the fourth quarter. He tallied 12 assists by the end of the first half in only 18 minutes.

With Jokić taking a facilitating role, Porter led the Nuggets in scoring. Porter scored 16 points in the third quarter to cement the loss for the Bulls, finishing 6-for-9 from behind the arc with 31 points.

3. The Bulls’ lack of 3-point shooting creates a mismatch behind the arc.

The 3-point line has been a weak point for the Bulls on both sides of the court — and that trend continued.

The Bulls can’t keep pace with opponents if they continue to struggle to defend the 3-point line and make shots from behind it.

The Nuggets are an incredibly efficient 3-point shooting team — currently first in the league in efficiency (42.3%) and ninth in made 3-pointers per game (13.2) — but that doesn’t excuse the Bulls’ continued pattern of giving up long-distance shots. The Bulls currently allow the fourth-highest 3-point accuracy in the league (36.9%) from behind the arc.

The starting core simply didn’t do enough in the win. Individually, it was a lackluster night from the team’s five starters. Zach LaVine (21 points) and DeMar DeRozan (16 points) finished with decent stat lines but couldn’t produce the type of heroics necessary to balance scoring.; Ayo Dosunmu missed four 3-pointers and finished 3-for-9 from the field, while Nikola Vučević struggled defensively against Jokić and others.

Once again, the Bulls found themselves looking to the bench group to forge a comeback — and the group put up a pair of decent efforts, cutting the lead to six points in the second quarter and down to 11 points from 18 with a 7-0 run in the third quarter.

Andre Drummond finished with 13 points and 11 rebounds off the bench and Goran Dragić added 11 points.

5. Patrick Williams flexes his physicality, but fades in second half.

Williams continues to show flashes of improvement as the third-year power forward grows into his role as a key starter. The first half showcased Williams as a starter, scoring eight points on 3-for-4 shooting with four rebounds, a block and a steal.

In the first quarter, Williams snatched an offensive rebound over Porter and then dropped his shoulder into the larger player, muscling through his opponent for the put-back basket. The play showed the impact that Williams can make when he attacks the rim with physicality.

But that aggression wore off in the third quarter, as Williams didn’t score there, only adding seven points in garbage time to finish with 15 points without adding another rebound.