Todays Though > News > 5 things to watch in preseason opener
News

5 things to watch in preseason opener 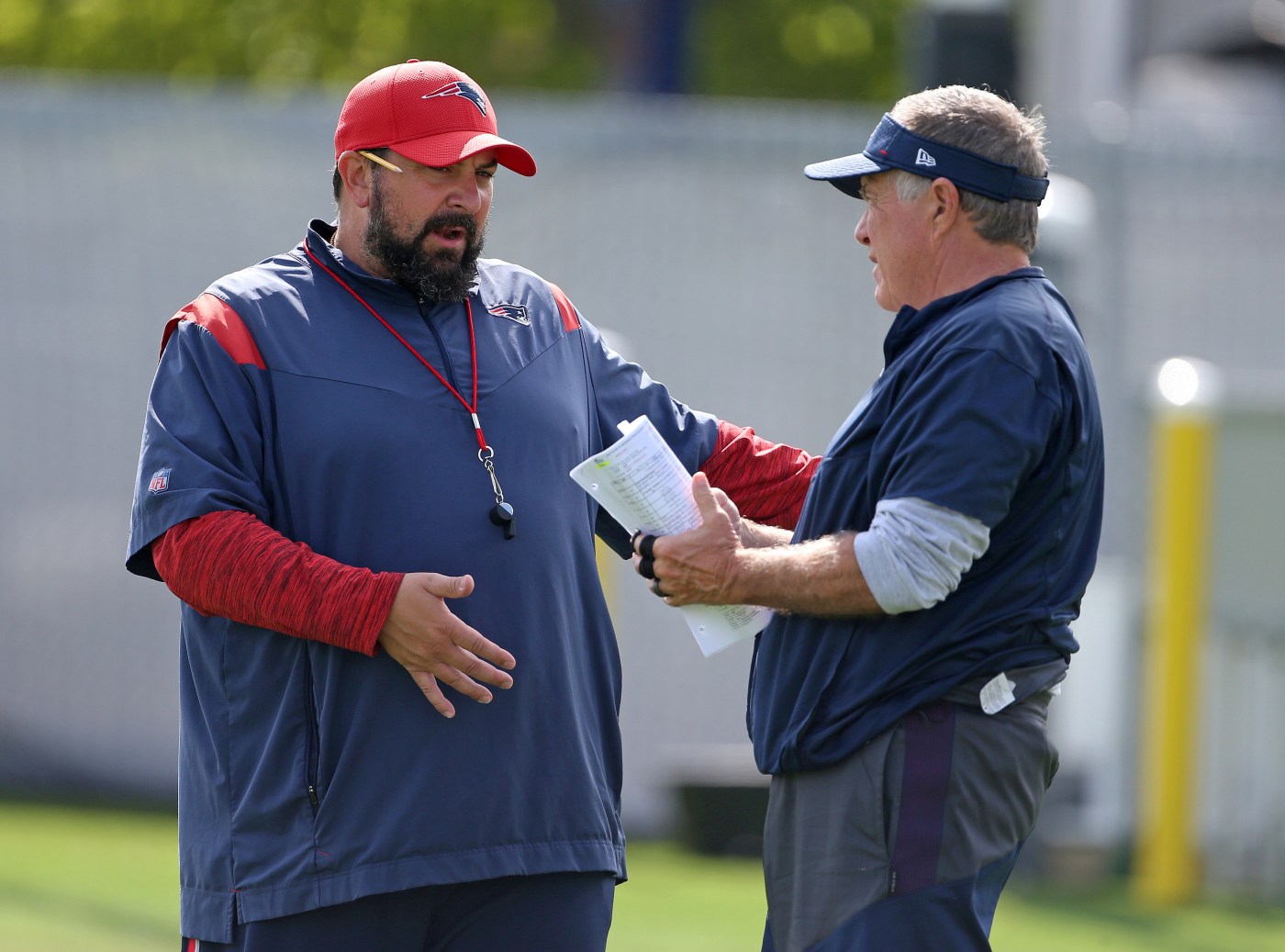 During the first two weeks of training camp sessions in Foxboro, it’s been difficult to completely weed out fact from fiction with respect to a number of trends that have developed on the field.

Case in point, is the Patriots defense really that good, or is it more about the offense struggling to adapt and adjust to a new system?

The answer to that question, and more, should become clearer starting with the first preseason game against the New York Giants Thursday night, and continuing through joint practices and games against the Carolina Panthers and Las Vegas Raiders in the following weeks.

There were some signs, however, that starting quarterback Mac Jones wouldn’t play leaving part of that question unanswered for now.

Perhaps with the offensive line having some struggles to get the new system down, Bill Belichick will want to protect his young quarterback this week, before having the unit compete in earnest against an opponent next week starting with two days of joint practices against the Panthers in Foxboro.

But even if Jones doesn’t play, there will still be plenty of other areas of interest, and places to evaluate.

Here’s 5 things to watch against the Giants:

The Belichick-Matt Patricia-Joe Judge troika will show off their in-game operation in earnest for the first time.

Tonight, we should get an even better idea exactly how it’s going to work.

Based on how it’s looked during training camp, Patricia will call the plays, with Belichick lording over the operation. Judge, as has been the case of late, will be lurking in the background.

But how will it work, and who will be talking with Jones, or any of the other quarterbacks, on the sidelines after each series, trying to correct mistakes and make adjustments?

Will that also be Patricia, or might he not even be on the sidelines, leaving that duty to Judge? Will Patricia call plays from up top in the press box, leaving Billy Yates to handle the offensive line down below?

The suspicion is Yates, who coaches the offensive line with Patricia, will manage the line, freeing up Patricia to call the plays.

Or maybe, Belichick will actually be the one with the play sheet in front of his mouth.

Bottom line, we should get a better idea of how all the coaches will be deployed. And beyond that, it’ll be interesting to see how much of the “new” offense they actually unveil.

Mills, who was a starter last year opposite J.C. Jackson, has arguably been the best corner at camp. He will land one of the boundary spots, but who will get the spot on the opposite side.

Terrance Mitchell, Malcolm Butler, and rookie Jack Jones are all vying for that spot.

Adding to the intrigue, Jonathan Jones, normally the top slot corner, has been seeing time on the outside, with rookie Marcus Jones taking his place in the slot.

So is Jonathan Jones truly in line to play across from Mills, if Belichick is confident enough in playing the rookie?

The Patriots definitely have more depth and strength in the slot. After Jon Jones and Marcus Jones, Shaun Wade and Myles Bryant are also in the mix.

During the preseason games, Belichick will want to get a better look at both Jones’ rookies, and also determine the best boundary corner to start with Mills.

Giants head coach Brian Daboll has indicated his starters will get some time, so that should provide a decent test for the secondary.

It’s no secret: the offensive line has struggled to adapt to the new zone-blocking scheme. It hasn’t shown well against the pass rush, either.

The group performed better during Tuesday’s practice. We’ll see if that carries over into the game.

Also of note, while the left side appears to be set with Trent Brown and Cole Strange at left tackle and left guard respectively, the right side is a bit more in flux.

The Patriots have been rotating Michael Onwenu at right guard, along with Arlington Hambright and James Ferentz. So that position appears up for grabs.

And with right tackle Isaiah Wynn missing practice this week, both Justin Herron and Yodny Cajuste have spent time filling in.

Of the two, Cajuste has looked much better.

4. Who’s getting to the quarterback?

The Patriots pass rush has been pretty disruptive during padded practices. Mac Jones has been hurried throughout camp from the outside as well as the interior.

The Giants offensive line isn’t the strength of Daboll’s team, so we’ll see if there’s carryover in the game.

After Matthew Judon and Christian Barmore, we’ll see who brings the heat. Thus far, Josh Uche has had a decent camp on the outside.

LaBryan Ray, an undrafted free agent out of Alabama, has provided an interior threat, one of the pleasant surprises of camp.

Anfernee Jennings has also had a good camp. Ronnie Perkins, not so much. We’ll probably get a better look at this group in a game setting.

The 2022 rookie class is sure to see plenty of action.

Strange has spent most of his time with the first unit at left guard. He’s had some growing pains, but has also shown some positive signs. Marcus Jones has also lined up with the 1’s on occasion. He and Jack Jones haven’t looked out of place in the defensive backfield, and have made competitive plays throughout camp.

Fans are also going to get their first look at Thornton, and his blazing speed, especially during 1-on-1 drills. Will he also fly past the Giants corners? It’ll be interesting to see how Thornton handles being pressed at the line, along with the physicality of NFL corners.

Whether Mac gets the night off, or not, count on a healthy dose of Zappe.

He was afforded a lot more reps with Brian Hoyer missing several days with an illness. This will be a good gauge of his progress and development as an eventual backup.