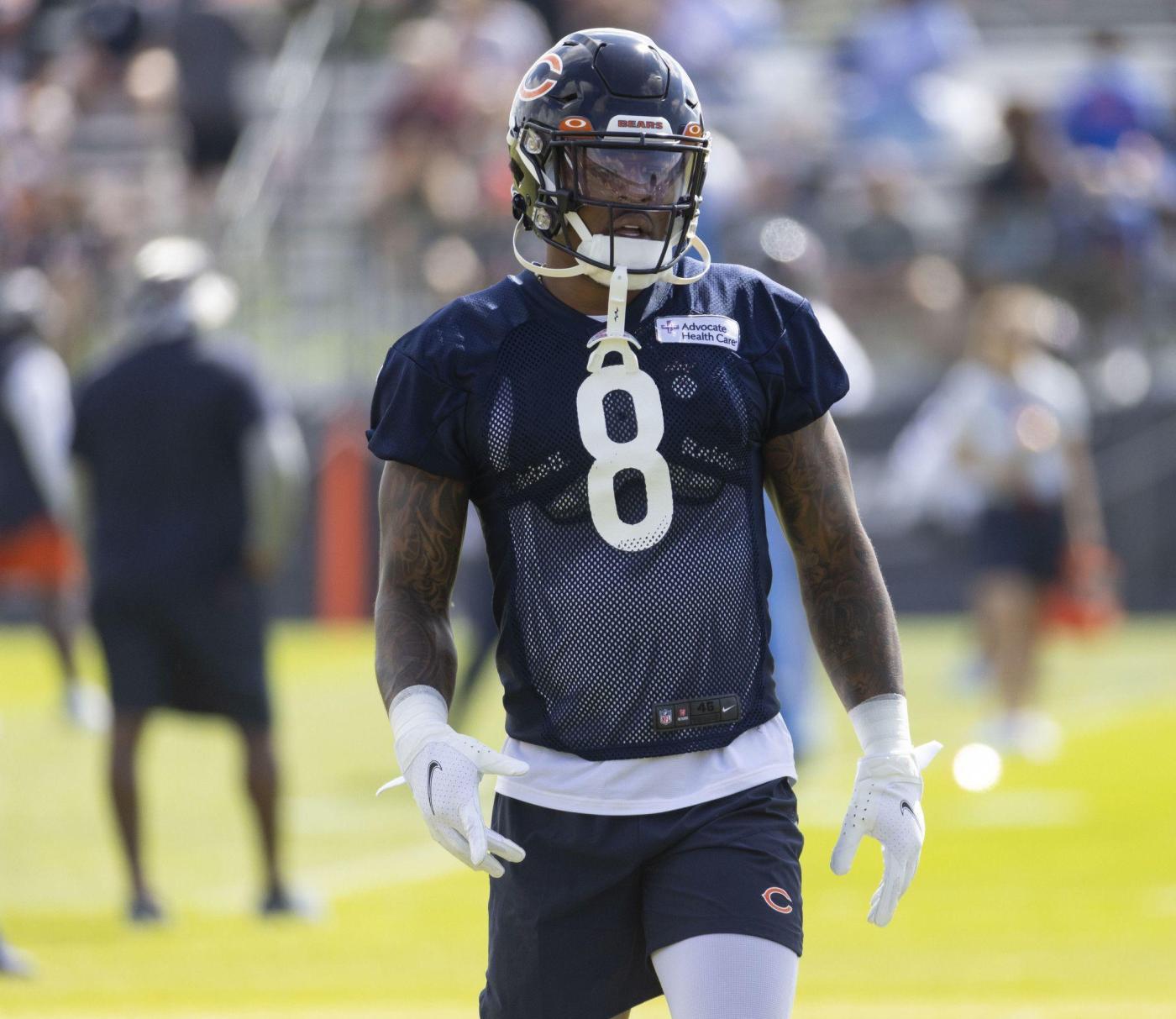 Commanders coach Ron Rivera sparked controversy this week when he was asked the difference between his 1-4 team and the other teams in the NFC East — the Philadelphia Eagles (5-0), Dallas Cowboys (4-1) and New York Giants (4-1).

Rivera later explained he meant the other teams’ quarterbacks have been with their teams longer than Wentz, whom the Indianapolis Colts traded to the Commanders in March. But the initial comment gained enough media attention that Rivera addressed it with not only Wentz, but also the entire team.

“I told them I said some things that were misconstrued. I didn’t present them properly. That’s on me,” Rivera told reporters. “I took accountability, told the guys I should know better. I had a bad day, so I figured I was feeling better today. Let’s move forward.”

Rivera noted in his initial comments that Wentz, the No. 2 pick in the 2016 draft by the Eagles, has had good and bad days this season. Wentz has completed 132 of 210 passes (62.9%) for 1,390 yards with 10 touchdowns and six interceptions and has been sacked 20 times — third in the NFL behind Matthew Stafford and Matt Ryan.

Now Wentz is battling a sore shoulder that limited him Monday and Tuesday, but he and Rivera said it shouldn’t be an issue.

Bears coach Matt Eberflus and defensive coordinator Alan Williams were with Wentz last year in Indianapolis, though Williams said he didn’t know how much that would help them this week.

“I don’t pay a whole bunch of attention to, ‘Hey, Alan, you were with him for one year and you know all his strengths and weaknesses,’” Williams said. “We faced him in OTAs and that type of thing, and then our focus was on the other team, not necessarily our quarterback.

“So we just have to approach it based on what we see on tape, what we see him doing and not doing and then attack him from that perspective.”

Can Bears quarterback Justin Fields build on his second-half performance against the Minnesota Vikings?

Offensive coordinator Luke Getsy kept his assessment of Fields’ play in the loss to the Vikings measured. Fields did some good things while leading the Bears back from an 18-point first-half deficit, completing 12 of 13 passes for 135 yards and a touchdown after halftime.

But Getsy and Fields know it’s just a step toward where they want the second-year quarterback to be.

“There’s been progress, right? And we’re sticking to the plan,” Getsy said. “He did a really nice job in that game in the sense of he kept his composure. They got off to a big lead, (but) he kept the team together.

“He did a really good job hunting completions for us. Then he had three or four unbelievable escapes that were ridiculous. He did a pretty good job. Again, we’re getting a little bit better each week, and that’s truly our purpose.”

The challenge, of course, is trying to build momentum on a short week with just 3½ days of preparation.

“Shortened schedule, so it’s making sure I’m on top of everything,” Fields said. “Definitely studying more at home and waking up early before meetings and making sure I just review it a little bit.”

The Commanders are seventh in the NFL with 14 sacks, and six players have two or more. Linebacker Jamin Davis has three, and defensive end Montez Sweat has two sacks and 10 quarterback hits.

Eberflus pointed to Sweat and fellow former first-rounders Daron Payne and Jonathan Allen, who each have 2½ sacks on the inside.

“Two guys inside that are pretty dynamic, and then Sweat on the outside is also equally dynamic,” Eberflus said. “So it creates challenges when you have that many guys that can rush. So we’re going to have our hands full.”

They’re sure to challenge the calmness that Fields said he operated with against the Vikings.

Getsy said Fields has shown signs of growth in sensing pressure and navigating around it within the pocket, but it’s still not where they need it to be.

“It’s just knowing where your protection is going to and knowing if they do send a blitz, where is the weakness of your protection?” Fields said. “Of course if somebody flashes through, you’ve got to see that and just have presence in the pocket and feel it out rather than look at it.”

Bears cornerback Jaylon Johnson will return to the lineup after missing three games with a quadriceps injury. His presence should boost a young secondary that had early trouble with Vikings wide receiver Justin Jefferson on Sunday.

According to NFL NextGen Stats, nine of Jefferson’s 12 catches came on open targets, meaning he had 3 or more yards of separation. That’s tied for the second-most by a wide receiver in one game since 2016.

Now Johnson returns to help defend a Commanders team that has seven players with 100 or more receiving yards, led by Terry McLaurin, who has 19 catches on 33 targets for 326 yards — 17.2 per catch.

“The guy can throw it a mile, and he’s done that,” Eberflus said.

Added Johnson: “He’s a big-play guy. Sometimes that can be good and sometimes that can be a little risky. You see him kind of holding the ball, taking sacks, different things like that. We’ve really got to stay on top and limit those big plays. Keep the ball in his hands as long as possible.”

Harry does not have an injury designation, meaning he’s healthy enough to play, but Getsy indicated Harry might have a ways to go before he’s a big offensive contributor, given his limited practice time with Fields.

Harry said he will be very excited whenever he gets his first opportunity.

“It’s been hard just sitting here watching, especially once I started going to the games and standing on the sidelines,” Harry said. “It just brings you so much closer to the actual game. So I’m excited.”

Safety Dane Cruikshank, who has been out with a hamstring injury, is listed as questionable.

The Bears are hopeful Justin Fields and the offense can build off momentum they discovered late in the first half of Sunday’s loss in Minnesota against a Commanders defense that has been solid but prone to allowing explosive plays. While the Bears have been lousy on defense in the first half, Washington has scored only 31 first-half points through five games. The Bears are the worst in the NFL on third down, allowing opponents to convert 50.7%. The Commanders were 1-for-11 on third down last week in a loss to the Tennessee Titans.

Against a not-great Commanders team, the Bears could have opportunities to make big plays on both sides of the ball. The return of cornerback Jaylon Johnson will be important against Commanders quarterback Carson Wentz, whose up-and-down play fed into a mini controversy with coach Ron Rivera this week. Bears quarterback Justin Fields should be able to build on his second-half performance against the Vikings, though he will have to operate with the same decisive calm against a Commanders pass rush that has had success. I think the Bears will enter their mini “bye week” with a 3-0 home record.

Jaylon Johnson’s return will help. Justin Fields’ confidence spike should too. But in a short-turnaround clash between a pair of bottom-tier teams, this becomes a major test of concentration. The team that makes fewer sloppy game-changing mistakes will prevail.