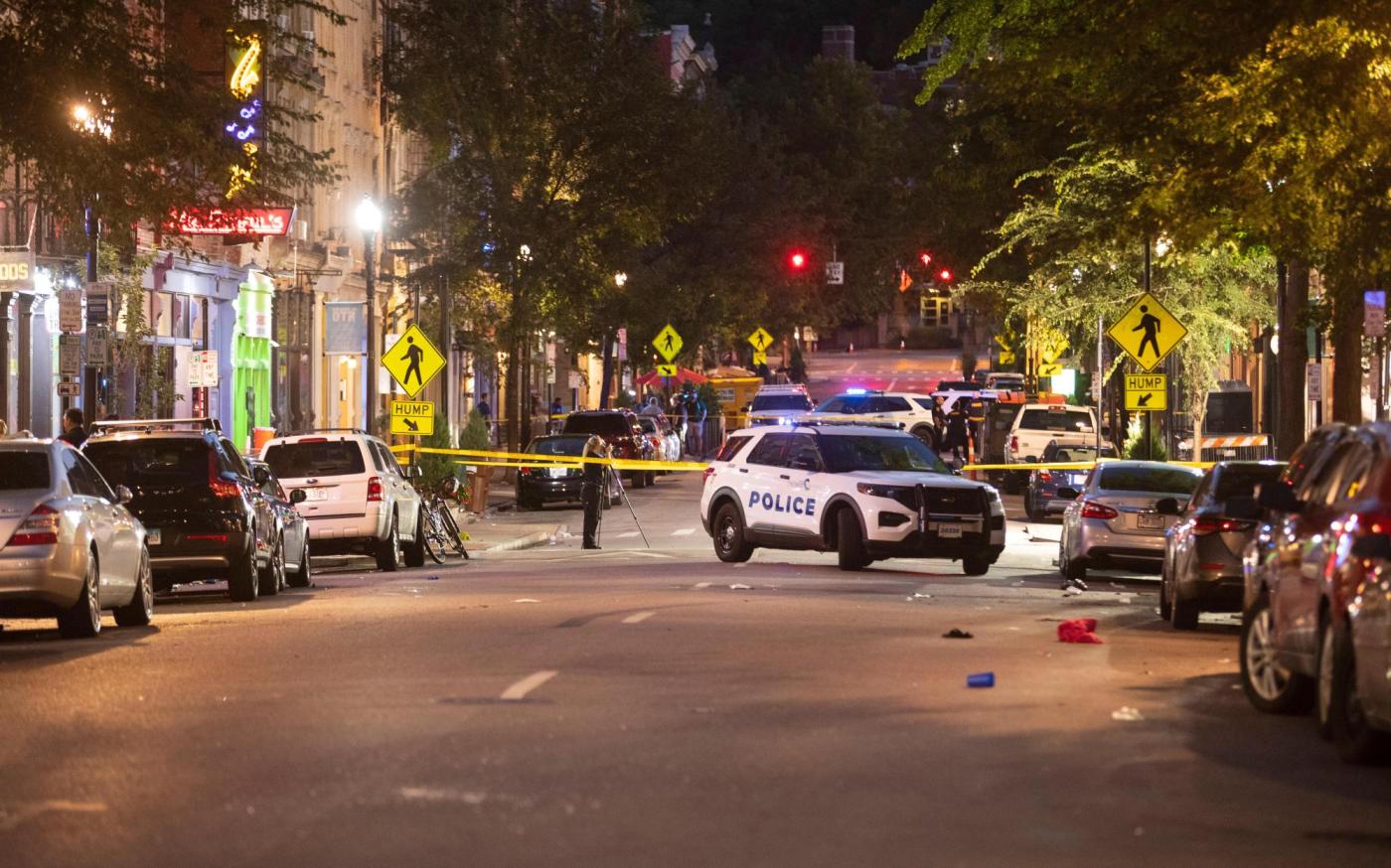 CINCINNATI (AP) — At least nine people were wounded — none critically — in a shooting outside a Cincinnati bar early Sunday, police said.

The shooting took place shortly after 1:30 a.m. outside Mr. Pitiful’s bar in the Ohio city’s Over-the-Rhine district, a popular nightlife area. Most of the victims suffered wounds to their lower halves, Lt. Col. Mike John of the Cincinnati police told reporters.

John said during a Sunday news conference that eight men and one woman ranging in age from 23 to 47 were wounded. All nine people treated at the University of Cincinnati Medical Center had been released, hospital spokesperson Heather Chura told The (Cincinnati) Enquirer.

A police officer fired one round at a suspect who fled the scene, but it was unclear if that person was hit, something John called “a little unusual.” More shots were fired after that person fled, so police believe at least two people were shooting, he said.

“What I can tell you is that the individual that he fired at was actively shooting a firearm at that time,” John said. The suspect fled the scene. He said he believed there was “no question” that the officer’s immediate response saved lives.

Police said a fight broke out between two groups, and officers saw at least two people involved brandish firearms and shoot at each other, The Enquirer reported.

John said police used what he called two “bang balls” — a “percussion instrument” with a “very loud noise” — to disperse a crowd they said had gathered around officers trying to provide aid to the wounded.

“The use of guns to solve disputes cannot become a normal part of our culture,” Pureval said, lauding officers for a quick response that “likely saved many more from injury and prevented the loss of life.”