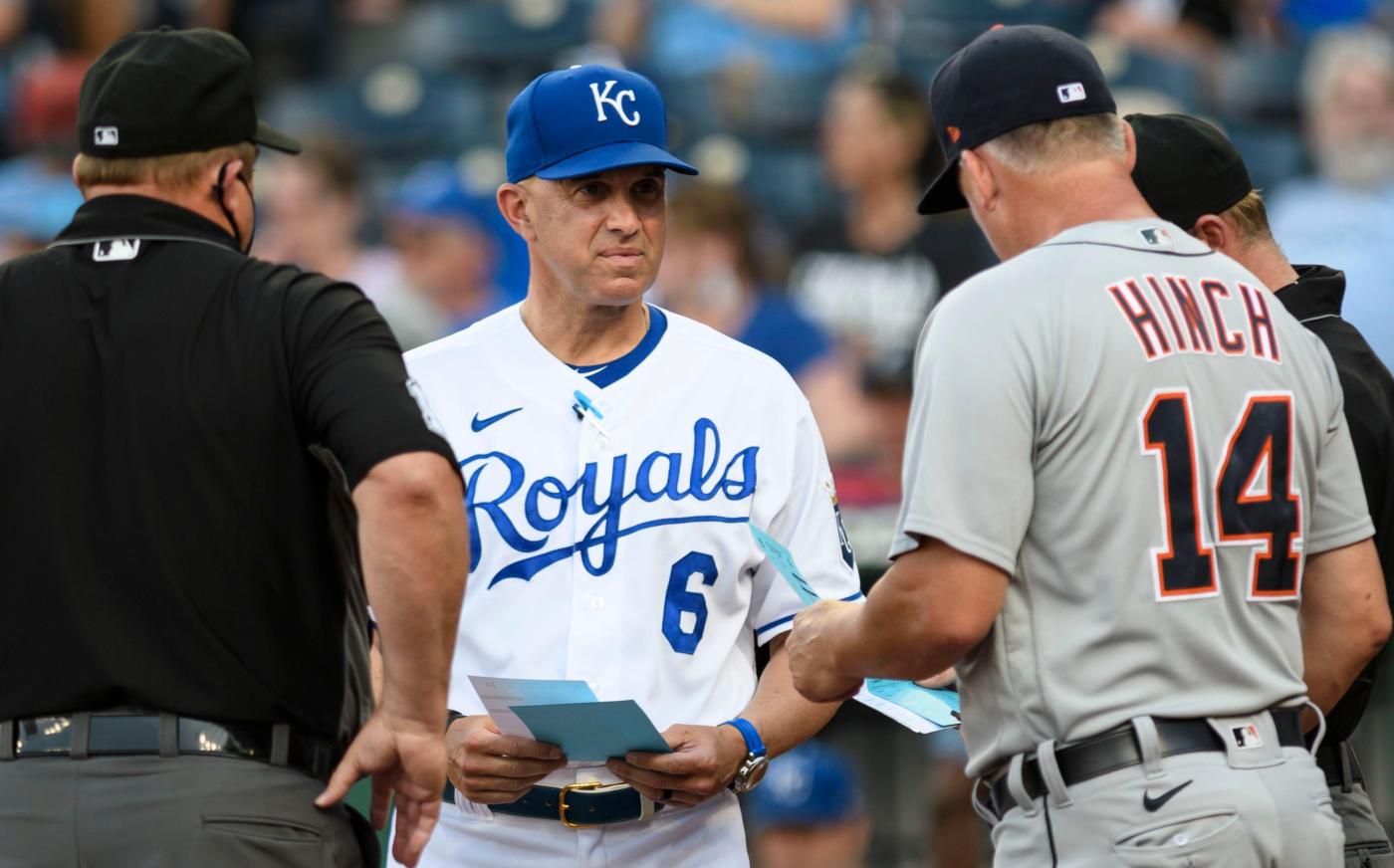 Pedro Grifol was among the first names to surface in reports when the Chicago White Sox began looking for their next manager.

The search ended Tuesday with the 52-year-old Grifol in line to fill the position.

Grifol’s résumé includes spending the last three seasons as the bench coach for the Kansas City Royals. He will remain in the division, looking to get the Sox back to the top of the American League Central after they stumbled to second place and an 81-81 record this season.

Here are three numbers of note.

When the Sox started the process of finding their next skipper, general manager Rick Hahn noted: “We are eager to use this opportunity to get some outside perspectives on this club and ways we can get better.”

Grifol has seen the Sox plenty of times from the opposing dugout, having spent the last 10 seasons in the Royals organization.

The Sox won nine of the 10 games against the Royals during the pandemic-shortened 2020 season, but the last two years have been a different story.

The Sox largely dominated the AL Central in 2021 on the way to winning their first division title since 2008: They went 44-32 against the rest of the Central, finishing with a winning record against three of their four division foes. The only division opponent to win the season series? The Royals, who 10-9 against the Sox.

And it wasn’t that the Royals were a juggernaut. They finished 74-88 that season, 19 games behind the Sox in the standings.

The Royals took a step back this season, placing last in the AL Central at 65-97. They still were a pain to the Sox, again winning 10 of the 19 meetings despite being outscored 74-71.

The Sox went 37-39 against the AL Central this season. While a change to the schedule means fewer games against the Royals, Cleveland Guardians, Detroit Tigers and Minnesota Twins in 2023 — 14 each instead of 19 — the path to the Central title remains having success in the division.

Grifol has aided one Sox nemesis: Salvador Perez, who won four of his five Gold Glove awards (2014-16, 2018) while Grifol served as catching coach.

“I want to give thanks to God for blessing me every day, my family and my coach Pedro Grifol,” Perez said after earning the honor in 2018, according to MLB.com. “They all have been a huge part of my success and accomplishments in my career. Without their help and support, I wouldn’t be where I’m at today.”

Perez did not commit an error in 96 games that season. He threw out 25 of 52 attempted stolen bases.

The Sox had issues slowing down the running game in 2021, with opponents stealing 119 bases while being caught 24 times. Opponents stole 96 bases and were caught 26 times in 2022.

Controlling the run game — particularly with an aggressive Guardians team (second in the AL with 119 steals in 2022) winning the AL Central — will be an area to address.

Before joining the Royals in 2013, originally as the hitting coach for the team’s rookie club in Surprise, Ariz., Grifol spent 13 seasons with Seattle Mariners organization.

He was the manager for their Class A team High Desert in the California League in 2012, going 83-57.

Grifol managed for Seattle’s Short Class A team Everett in the Northwest League from 2003-05. Everett’s 2003 team included pitcher Félix Hernández, who was 17 at the time, and had winning records in 2004 and ‘05.

His major-league opportunity awaits with the Sox.