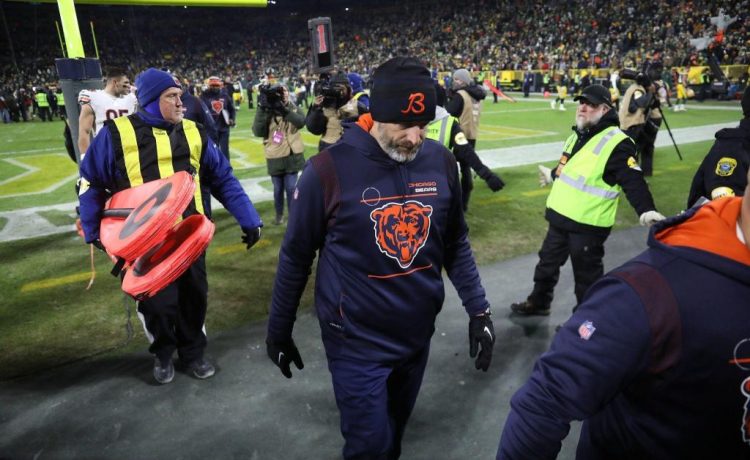 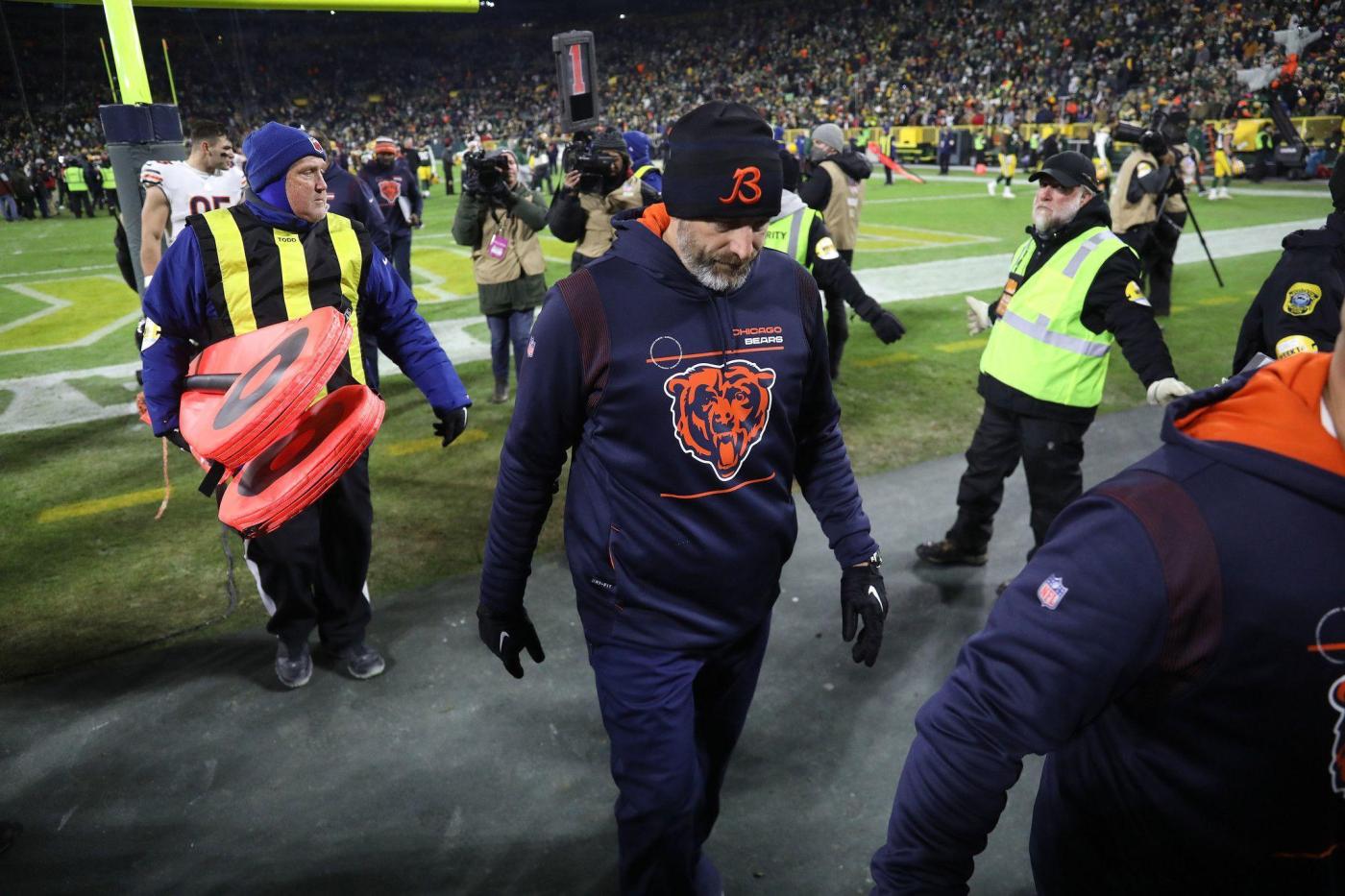 Well, well, well. Look at what we have here. The Chicago Bears are tied for the NFC North lead with the Minnesota Vikings at 1-0 while the reigning division champion Green Bay Packers and four-time MVP Aaron Rodgers are looking up from their 0-1 hole.

Suddenly, a prime-time Week 2 matchup between the Bears and Packers has an added level of intrigue. In the lead-up to Sunday’s game at Lambeau Field, here are a handful of eye-catching facts and figures.

The score of the Packers’ Week 1 road loss to the Vikings, a game in which their offense committed two turnovers, allowed four sacks, went 3-for-9 on third down and scored only once on three trips to the red zone. It was a choppy effort that left coach Matt LaFleur feeling like his team looked unprepared.

The score of the Packers’ season-opening loss to the New Orleans Saints last season in a game moved to a neutral site in Jacksonville, Fla., after Hurricane Ida hit New Orleans. Rodgers and the Packers rebounded the next week, however, with a 35-17 prime-time victory over the Detroit Lions at Lambeau. In that bounce-back win, the Packers scored touchdowns on five of their first seven possessions.

Packers record in Week 2 games with Rodgers as their starter after losing their opener. The average margin of victory in those games was 14 points. Rodgers’ average stat line: 26-for-36, 325 yards, three touchdowns and a 125 passer rating. He also threw only one interception in those four games.

Rodgers’ record in starts against the Bears over the last 10 seasons, including an active six-game winning streak. Rodgers has a well-documented 23-5 record against the Bears since becoming the Packers starting quarterback in 2008. That includes a 21-14 victory in the NFC championship game in January 2011. Bears coach Matt Eberflus will get his first crack at toppling Rodgers on Sunday night. His three predecessors — Matt Nagy, John Fox and Marc Trestman — all managed to beat Rodgers and the Packers in their first seasons in Chicago. Nagy, though, was 1-7 overall against Rodgers. Fox was 1-4. Trestman was 1-3. Lovie Smith went 2-9.

Receiving yards by the Packers receiving corps in Sunday’s loss to the Vikings. That production came on 16 targets and 12 receptions. The Packers were without No. 1 receiver Allen Lazard, who missed the game with an ankle injury and remained limited during practice Wednesday. The team also is adjusting to the absence of Davante Adams, who was traded to the Las Vegas Raiders in March. In Week 1, rookie Romeo Doubs led all Packers receivers with 37 yards.

Receiving yards by Adams in his debut with the Raiders in a 24-19 loss to the Los Angeles Chargers. That production came on 17 targets and 10 catches, including a 3-yard touchdown reception from Derek Carr in the fourth quarter. It’s a small sample size, but it left many around the league wondering if it will be far easier for Adams to transition to life without Rodgers than it will be for Rodgers to adjust to life without Adams.

Touchdown passes thrown by Bears quarterback Justin Fields in Sunday’s 19-10 upset of the San Francisco 49ers, marking just the second time in 11 career starts that Fields has thrown multiple TDs in a game. The only other time he had done so was in Week 13 of last season in a 45-30 Bears loss to the Packers.

Touchdown passes thrown by Rodgers in the Packers’ Week 1 loss. It was just the 12th time in Rodgers’ last 100 regular-season starts he didn’t have a TD pass. Rodgers was also held below 200 passing yards. Notably, he also went without a touchdown pass in the Packers’ 13-10 postseason loss to the 49ers in January. So he has gone 21 consecutive drives and 63 passes, including the playoffs, since his last TD toss, which was a 29-yarder to Lazard in the first half of the 2021 regular-season finale.

Total yardage by the Bears in Week 1, the lowest total of any team in its season opener this season and 39 yards behind the defending Super Bowl champion Rams, who sputtered in their 31-10 loss to the Buffalo Bills and ranked 31st in Week 1. The Packers, meanwhile, rank 19th in total offense after posting 338 yards against the Vikings. The Colts lead the league in after amassing 517 yards in their comeback to tie the Houston Texans.

Record in Week 1 of teams with a new head coach in 2022. The Bears were one of the six victors, pulling an upset in Matt Eberflus’ debut at Soldier Field. The other winners were Kevin O’Connell of the Vikings, Brian Daboll of the New York Giants, Mike McDaniel of the Miami Dolphins, Dennis Allen of the Saints and Todd Bowles of the Tampa Bay Buccaneers. The Jacksonville Jaguars’ Doug Pederson, Las Vegas Raiders’ Josh McDaniels and Denver Broncos’ Nathaniel Hackett all lost their openers while former Bears coach Lovie Smith helped his Texans to a 20-20 tie with the Colts.

The Bears’ record in September since the start of 2018, including the win over the 49ers. Fast starts are nothing new to the Bears, who have been at .500 or above after eight games 11 times in the last 21 seasons. The team, however, has had a losing record in its final eight contests 12 times in that span.

Average score of the last five Bears-Packers games played in prime time at Lambeau Field, all Bears losses. The Bears also lost the kickoff game of the NFL’s 100th season in prime time at Soldier Field in Week 1 of 2019 by a score of 10-3. They haven’t beaten the Packers in a road night game since a 17-13 triumph on Thanksgiving in 2015.