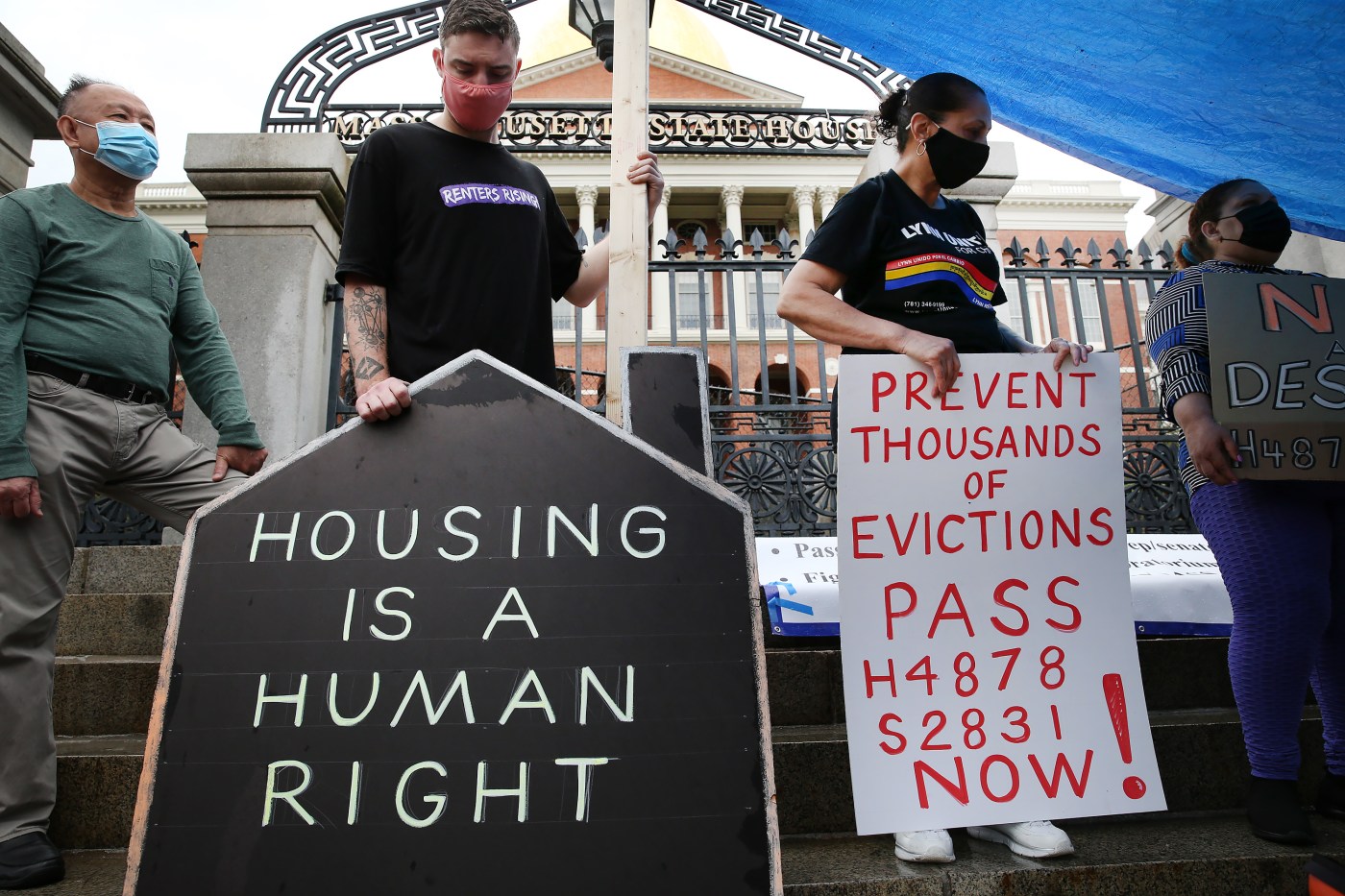 With housing costs long-spinning out into some of the highest in the country and a notorious lack of affordable options, the poor grades laid out in the 2022 “Greater Boston Housing Report Card” released Wednesday weren’t entirely unexpected.

“We want to urge more of our greater Boston leaders to work with us towards a more just, equitable and sustainable housing future,” said M. Lee Pelton, CEO of the Boston Foundation, at a forum Wednesday morning.

The Boston Foundation has compiled a similar report card every year since 2002. This year the focus shifted to equity.

“There can be no single issue as integral to achieving equity as housing, because the racial disparities within every housing metric we can imagine would receive a failing grade,” said Pelton.

One of the first top-lines of the report details how housing demand has outpaced supply as the region’s population has grown — largely aided by an influx of Black and Latino residents.

The region has seen an upward trend in housing production in the last few years but not enough to offset the increasingly soaring prices.

“Imagine a household with two full time workers earning at the minimum wage,” said Luc Schuster, executive director of the research group Boston Indicators. “That household would still need to spend more than 50% of its income to afford median rents in greater Boston.”

The report finds that about 45% of all greater Boston renters are cost burdened, paying between 30-50% of their income on housing. Over 50% of Black and Latino renters fall into the category.

Additionally, the region continues to have “one of the largest racial homeownership gaps in the whole country,” Schuster noted.

Overcrowding in the region, meaning more than one occupant per room, has also seen a sharp increase in the past decade.

Researchers mentioned that though the region was able to keep evictions from piling in through the pandemic, the number has been increasing in recent months.

This year the foundation updated the process, adding a special section on subsidized housing.

The moderate increases in housing have not translated in many wealthier suburbs like Newton, Winchester and Hingham. Einstein pointed to the new requirement for multi-family housing within communities along MBTA stops as a step in the right direction in correcting the issue.

As the team began digging into subsidized housing in the region, Einstein said, they came across “puzzling” vacancies in scarce affordable housing in several communities — which is offered on a first-come-first-serve basis to low-income applicants.

The issue, they found, is rooted in several “serious systemic barriers.” These include a lack of publicization and bureaucratic hurdles, like 24-page rigorous applications, preferences for local applicants and age restrictions.

Some solutions, Einstein said: better enforcement of Fair Housing regulation, abolishment of exclusionary restrictions, and more centralized management of subsidized housing like uniform applications and an accessible database of the housing units.

The Housing Navigator Massachusetts is working towards a database of that type, Einstein noted.

These are only the start of the solutions possible, researchers said.

“It is our ongoing hope that this document serves as an up-to date guide—and perhaps goad—to working toward a more sustainable housing economy in Greater Boston, and in so doing allow our region to truly flourish,” Pelton’s letter in the report reads.