Todays Though > News > A freezing cold is coming to Baltimore. Here’s how the Ravens plan to stay ‘toasty.’ – Boston Herald
News

A freezing cold is coming to Baltimore. Here’s how the Ravens plan to stay ‘toasty.’ – Boston Herald 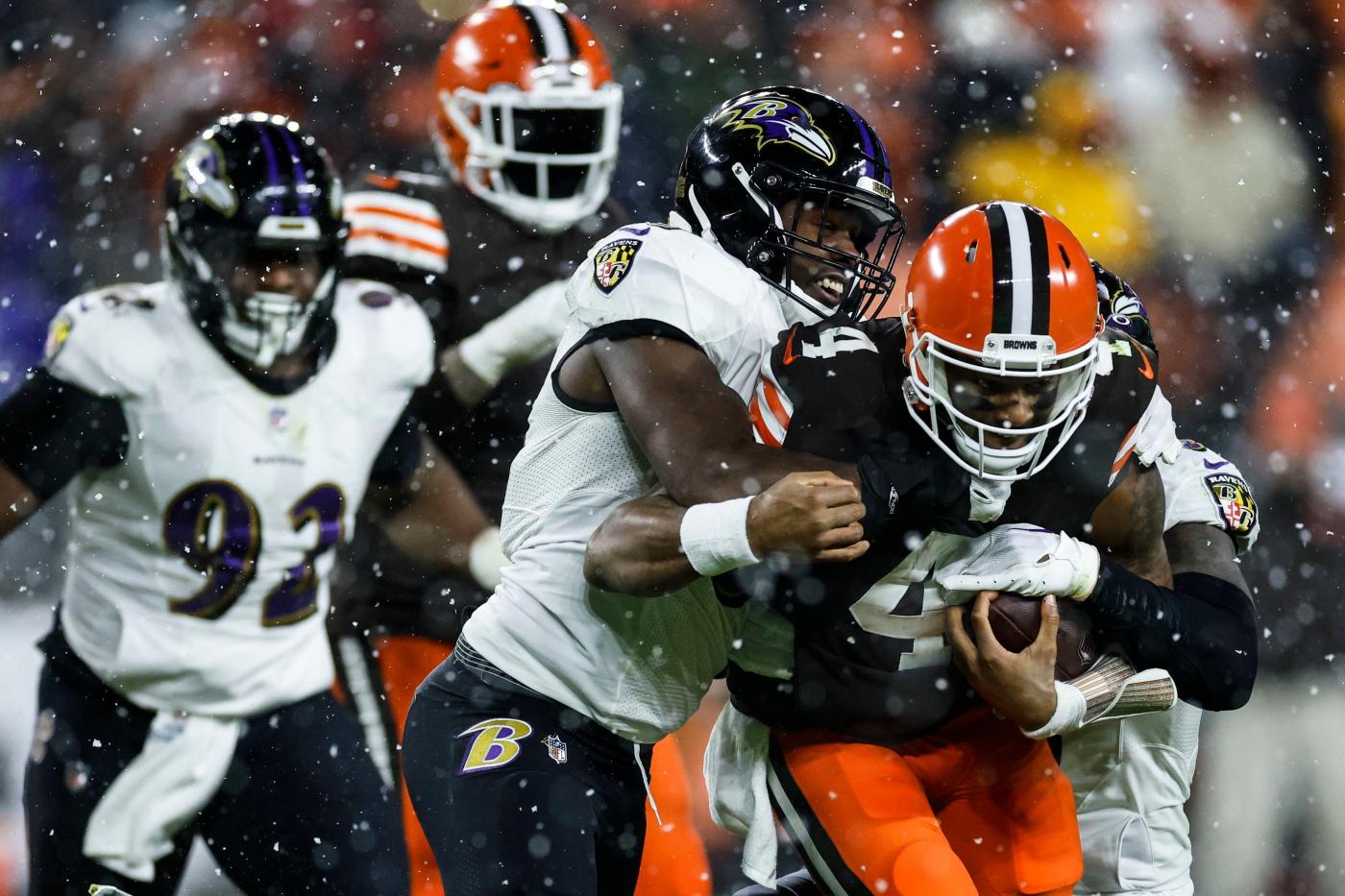 Two years ago, the Ravens traveled to Gillette Stadium for a long, cold night. It wasn’t pouring in Foxborough, Massachusetts, when the Patriots kicked off, but quarter by quarter, things got worse — the rain, the wind, the state of the Ravens’ offense.

Center Trystan Colon was a rookie then. “It was raining sideways, cold as [crap],” he recalled after practice Thursday. “It was awful.” And, being a rookie, he believed himself unworthy of certain privileges — among them, crucially, the cape coats players cover themselves with in cold-weather games. There were enough for everyone, he said, but he couldn’t possibly take one. He wasn’t playing. “It’s not for me,” he thought.

Then Colon started to shiver and shake with a bone-deep cold. Ravens center Matt Skura was struggling with his snaps, and offensive line coach Joe D’Alessandris was telling Colon to get ready, just in case. He tried to warm up. It was too late. Colon didn’t play a snap in the 23-17 loss. Next time, his veteran teammates told him, “Don’t be stupid.”

The Ravens can’t take any chances Saturday, not with a potentially historic arctic chill approaching Baltimore. According to the National Weather Service‘s forecast as of Thursday night, their 1 p.m. game against the Atlanta Falcons will kick off with a temperature of about 21 degrees and wind chill values of about 7 degrees. The coldest home game in Ravens history, a devastating 31-27 loss to the Cincinnati Bengals in their 2017 season finale, was 19 degrees at kickoff, with a wind chill of 10 degrees.

“We embrace the challenge and we expect to play in poor conditions and play in cold weather and all of that stuff because we play outside in the Mid-Atlantic,” kicker Justin Tucker said. “So some of that we just have to embrace. We don’t really have any choice.”

The Ravens have gotten used to imperfect conditions over the past couple of weeks. Quarterback Lamar Jackson hasn’t played or practiced since he was knocked out of a Week 13 win over the Denver Broncos with a knee injury that will sideline him again Saturday. Backup Tyler Huntley missed almost half of their win over the Pittsburgh Steelers the following week while in concussion protocol. There have been irregular practice weeks and unreliable headsets and “out of the blue” injuries — wide receiver Devin Duvernay broke his foot Tuesday, coach John Harbaugh said, while running routes by himself at practice.

Now comes another winnable game in below-freezing temperatures, with wind gusts expected over 40 mph. The Ravens will have to get used to that, too.

Everyone has a game plan. As a kicker, staying warm is “easier said than done,” Tucker said. When the Ravens have the ball, he’ll hang out near a heater along the sideline and warm up when the offense gets in field goal range. When they don’t have the ball, he’ll find a jacket and park himself on one of the team’s heated benches. “So as long as those things are turned on and they’re working,” he joked, “I’ll have a chance to stay toasty.”

When Tucker’s called on for a field goal or extra point, he knows it might hurt. Kicking a football in frigid temperatures can feel like booting a rock. “But nobody really cares,” Tucker added, “myself included.”

“Anytime I take the field, I’m not really playing the other team,” he said. “I’m more or less battling myself and the elements. So again, this weekend will be a challenge, but the way we work to overcome the challenge of the cold temperatures is just by trying to stay warm. … It’s something that we embrace and we look forward to, and hopefully, it’s one of those things that we can turn into an advantage for us.”

Inside linebacker Roquan Smith didn’t expect to like the cold as much as he does. He grew up in Georgia, stayed in-state for college and played in the Southeastern Conference. Then, in the 2018 draft, the Chicago Bears took him in the first round. Come wintertime, Soldier Field became an icebox. Smith came to see opportunity in the discomfort.

“Honestly, I kind of like it, because a lot of times, people, especially warmer-weather people and then just people in general, don’t like really getting hit when it’s cold,” he said. “So I try to become a predator, then, and try to get guys and hit them down, because they don’t really want to be hit. So I enjoy it and take pride in it. That’s football weather.”

And football weather requires a certain kind of wardrobe, or at least certain accessories. Colon won’t wear long sleeves, but he’ll take the field in a turtleneck, help himself to a jacket, maybe wear a knit cap if he’s not wearing a helmet. Smith will slather his bare arms in Vaseline to help block out the wind. Huntley had 10 hand warmers tucked away in his jersey’s specially made pouch during Saturday’s chilly loss to the Browns in Cleveland. There’s usually chicken broth somewhere, too.

Harbaugh, stuck pacing the sideline, can’t do much to fight off the cold but dress appropriately. “I always worry about staying warm on the sideline,” he joked. “The thing is, you don’t get a chance to go back to the heaters like everybody else does. So I’ve heard coaches — they become first-time head coaches — and I’ll say, ‘Well, what did you learn about it?’ And they’ll say, ‘It’s hard to stay warm on cold days when you’re the head coach.’”

It might be easier for the team’s beefier guys. Center Tyler Linderbaum played in a handful of cold-weather games at Iowa, road trips to Wisconsin and Minnesota. He planned on stashing away a couple of hand warmers for Saturday’s game, but he wouldn’t let the looming arctic blast change his bare-handed, gloves-free approach to snapping the ball and blocking. As long as there was no precipitation, Linderbaum didn’t see any reason to worry.

“I think now, in today’s age, with the heated benches, it’s really hard to get cold,” he said. “I guess we’ll move around all the time, so it’s really not a big problem that I’ve run into.”

The best barometer for the impact of Saturday’s freeze might be the Ravens’ tight ends’ arms. Before most games, neither snow nor rain nor hellacious winds can deter Mark Andrews, Nick Boyle and Josh Oliver from warming up in a sleeveless T-shirt.

Boyle didn’t think they’d be so bold this weekend. “But when it comes to the game, I think it’s sleeveless all the way,” he said. “Because I think a lot of us in the tight end group have been doing it the whole time, and whether it’s negative-2 or 90 degrees, I think that’s what we’re comfortable playing with. That’s what we feel good in.”