Todays Though > News > A full-time playoff starter, Heat’s Max Strus readjusting to bench life, ‘Get in where you fit in’ – Boston Herald
News

A full-time playoff starter, Heat’s Max Strus readjusting to bench life, ‘Get in where you fit in’ – Boston Herald 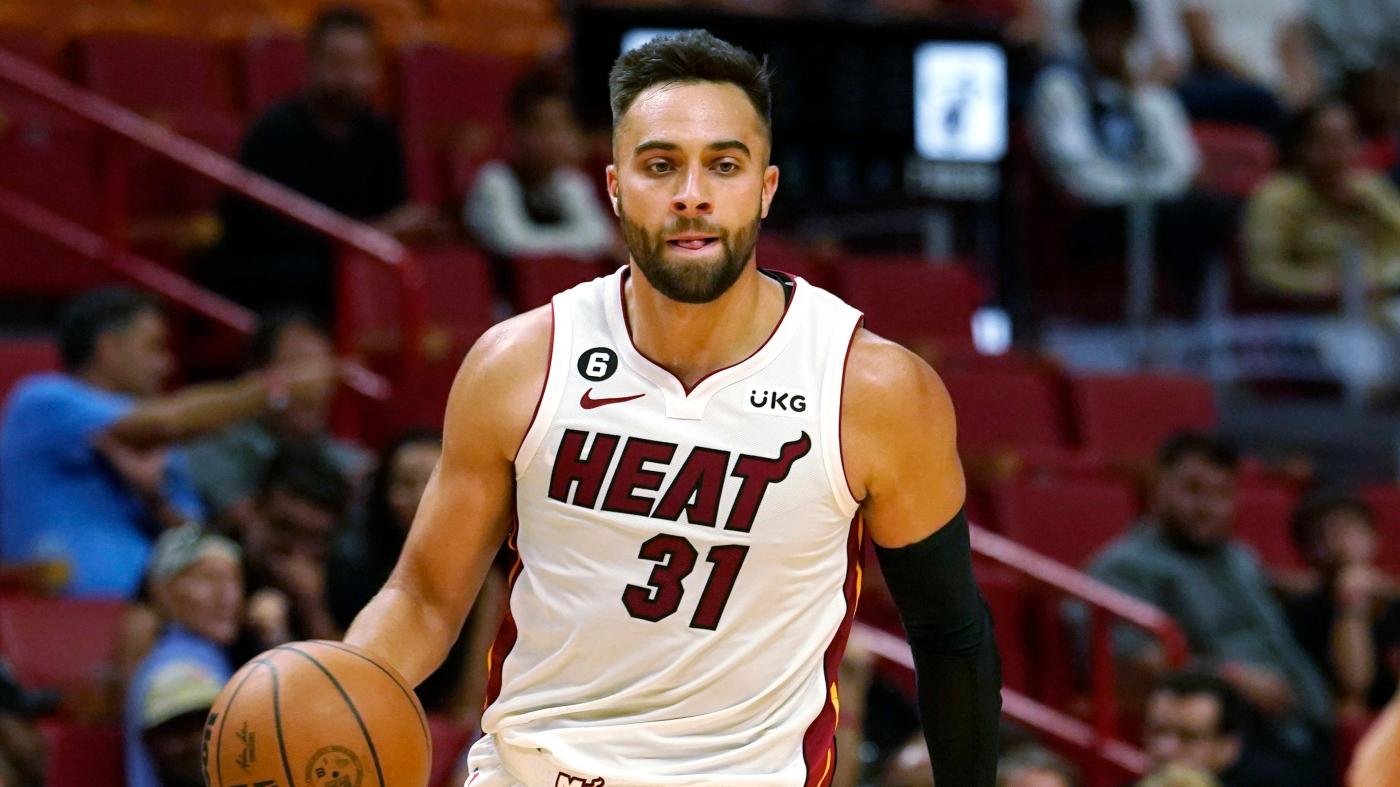 With the focus on Tyler Herro and Caleb Martin moving into the Miami Heat’s starting lineup, Max Strus finds himself involved with Part B of that equation.

A starter in each of his 18 playoff appearances last season, as well as the final six games of the regular season, it’s back to the reserve life for Strus, in a reconfigured Erik Spoelstra bench.

“I think what I do kind of fits in with any lineup,” Strus said, with the Heat facing the Boston Celtics on Friday night at FTX Arena. “So it’s not really hard to adjust to playing a certain way. I think that’s one of my strengths, is just kind of get in where you fit in.

“So I’m just trying to do a good job of that and letting our main guys do their thing and provide spacing. And when I’m open, shoot the ball.”

On opening night, in the Heat’s loss to the visiting Chicago Bulls, Strus not only contributed with his 22 points, but also grabbed seven of the 14 rebounds secured by Heat reserves.

“We’re playing a little smaller,” Strus said, with one set in that game leaving him at power forward and Jimmy Butler at center. “There’s going to be smaller guys down there that are going to have to rebound. We need our guards to step up and rebound.

“I’m capable of doing that. So I’m more than willing to get down there and bang with the bigs and help out on the boards.”

All of that after Strus said he arrived to camp in the leanest shape of his NBA career, formally listed at 6 feet 5, 220 pounds.

“I’m the lightest I’ve ever been and probably the strongest I’ve been,” he had said ahead of training camp.

“I’m probably like eight pounds lighter, which doesn’t sound like much, but it is a lot. I’m more lean mass. So that was my plan. And I think it’s going to help me be more explosive and less wear and tear on my body.”

For Strus, the approach is to accept that a new season brings new challenges. And even though the Heat return 13 players from last season’s roster, he said the remix of the rotation is leading to new combinations.

“We’re still trying to figure out things,” he said, with the Heat in the midst of a four-game opening homestand that continues Saturday night against the Toronto Raptors.

“And even though we’re returning a lot of guys, it’s still different lineups, different guys playing together, getting to know each other again. So it’ll take a little bit of time. But it’ll click faster once we start playing more games.”

Among a seeming signature of the reconfigured second unit is a variety of 3-pointing, from Strus to Duncan Robinson to Gabe Vincent.

But against the Bulls, the Heat only attempted 28 3-point shots. The Heat averaged 35.8 last season, ranking in the middle of the league.

“Spo will figure it out,” Strus said. “He’ll get us organized and get us taking more threes and play the way we want to play.”

For now, it appears Spoelstra will continue to ride the revised lineup, including Martin at power forward.

Spoelstra said Martin played as advertised in the opener.

“I thought he brought some really good things, his energy and his versatility on both sides of the floor,” he said. “That’s something that we’ll definitely be able to build on.”

But if called upon, as he was at times Wednesday night, Strus said he is ready and willing at power forward.

“I think I can guard the fours in the league, and a lot of guys don’t post up anymore,” he said. “So in that aspect, I’ll be ready. So I think the biggest thing is the rebounding.”