Todays Though > News > A.J. Greer ready for his close-up
News

A.J. Greer ready for his close-up 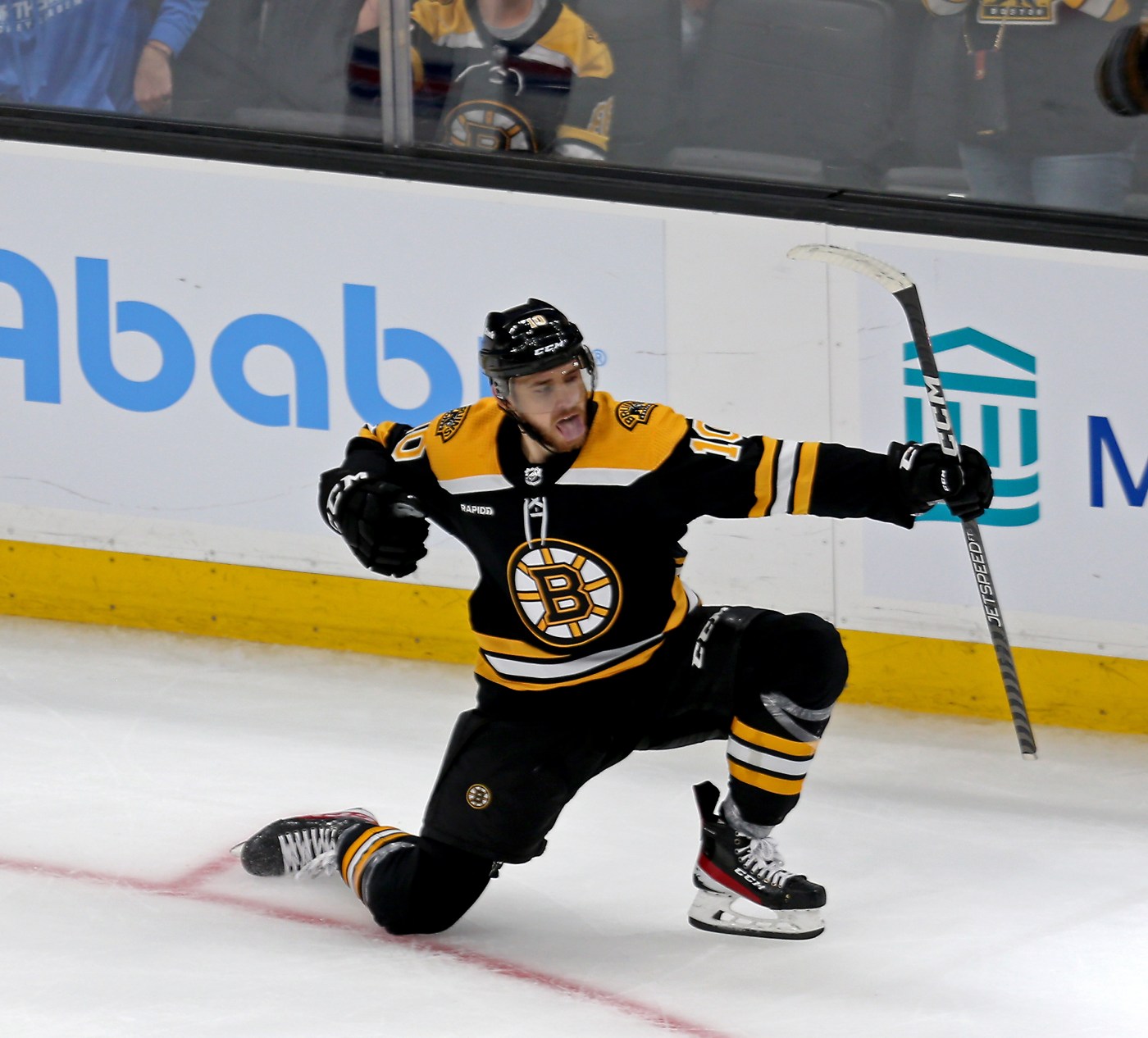 But now, thanks to a key injury to Taylor Hall and his own solid play, Greer has been mentioned by coach Jim Montgomery as a left wing candidate to skate on Patrice Bergeron’s line with Jake DeBrusk.

Whether that comes to fruition or not, it has been a seemingly meteoric rise for Greer. But like the musicican who finally scores a hit after playing in small club’s and lounges for years, Greer is not an overnight sensation. And he never limited his aspirations to being a fourth liner. If he gets an opportunity to play in the top six, even for a short period, it’s not like he hasn’t visualized it.

“I wouldn’t say right now at this moment, I couldn’t predict that. But I always knew that it was going to come. That’s why I stayed ready,” said Greer, who opened eyes with his two-goal, seven-hit performance against the Rangers last week. “It’s a tough game when you’re up and down for the last six years and there doesn’t seem like there’s much hope. You have a bad year or a couple of bad games and you think your NHL dreams are over but it’s really those that persist who have success and I think it’s mentally really frustrating at times. But I always was a hard worker and I always was someone who had to grind my way up to places when I was young and up till now, so I never really gave up.I knew I had the ability to do it and I had to be ready once that time came.”

The 25-year-old Greer, drafted 39th overall in 2015, had something of a breakout year in the AHL last year playing for New Jersey’s affiliate in Utica, compiling 22-30-52 totals in 53 game. That would earn him a two-year, one-way contract with the Bruins with an AAV of $762,500, though he only got nine games with the big club in Jersey last year. He couldn’t answer why he didn’t get more of a shot in Jersey, but he wasn’t about to apologize for his development timeline.

“I think personally I was really happy with my year, the organization, the coaches and everyone around me was ecstatic with how I was playing down there. Not only was I putting points up but I was playing on the penalty kill really well, defensively I was very good. I can’t answer that question,” said Greer. “I keep getting the same question over and over again. ‘Why haven’t you made it to the NHL?’ Well, you look at these first round picks who have played in the league for two or three years and they haven’t blossomed. Then they’ll blossom in their fourth, fifth year. It happens all the time. Try and do that when it’s your sixth, seventh year and you get 10, 15 games here and there with four or five minutes of icetime. It’s going to take a while. I knew I had that tenacity and that skill and that level of play that’s going to get me here. And I know I have even more than what I’ve shown already. It’s just a matter of being comfortable and having trust. That’s the biggest thing here. You see me here playing with so much passion and energy and being comfortable, it’s because I feel that trust within the locker room. I feel that trust within the management and the coaches.”

Greer was not getting the opportunity to play with Bergeron in Monday’s preseason game in New Jersey, as the established top six forwards remained home while those players battling it out for roster spots were in the lineup against the Devils.

He was getting another chance to play on a line with Jack Studnicka and Marc McLaughlin. He was also slated to see power-play time at net-front, where he played some in Utica.

“Being net-front, I have very good hand-eye coordination. I can use my body to tip pucks. And the biggest thing to the power-play is winning battles,” said Greer. “If there’s a shot that gets through and the pcuk goes in the corner and you’re not winning those battles and they get the clear? My old coach Greg Cronin (with the Colorado AHL team) told me it takes 18 seconds on average for a power-play breakout to come in and set up in the zone. You get two or three clears, and it’s pretty much over. So those loose pucks in the corner, you’ve got to get there first and that’s my job, not only that but just creating plays, creating havoc and making sure that I get the pucks to the guys who can shoot.”

Krejci getting back in groove

David Krejci made his return debut at the Garden on Saturday after a year in Czechia.

“I was kind of surprised there was lots of people. Usually from years in the past there aren’t that many people for preseason, but this Saturday it was a pretty good crowd. Obviously with 1 p.m. (start) there was lots of kids there, that helps. But it was nice to be back there and see the rink from the inside a gain. It was pretty cool,” said Krejci.

Just who is going to be his left wing to start the season remains to be seen. With Hall (upper body, week-to-week) currently on the shelf, there is a possibility that Pavel Zacha will play there to create an all-Czech line with Krejci and David Pastrnak.

“The communication would obviously be a little different, maybe not easier but different, just staying in one language,” said Krejci. “Hopefully, Hallsy’s going to be back soon. Not sure how that injury is. I hadn’t talked to him yet. But if Pavel’s going to get a shot, then obviously we have to talk. But I like what I see. I know what kind of player he is. I’ve played against him for many years. But who knows? We’ve just got to talk. If we get a chance to play together, we’ll click on and hope the chemistry is going to be there. Thar’s all you can ask for.”

Matt Grzelcyk, returning from offseason shoulder surgery, skated in a team session on Monday for the first time, albeit in a red non-contact jersey. Though Montgomery doesn’t know when he’ll be a full participant, the coach did say that he’s “slightly ahead of schedule.” Grzelcyk had been pointing toward an early November return….

Montgomery had Joona Koppanen centering Tomas Nosek and Oskar Steen. It was more to take a look at Koppanen against center than to see Nosek at wing, said Montgomery, saying the club knows what the veteran Nosek brings at center…