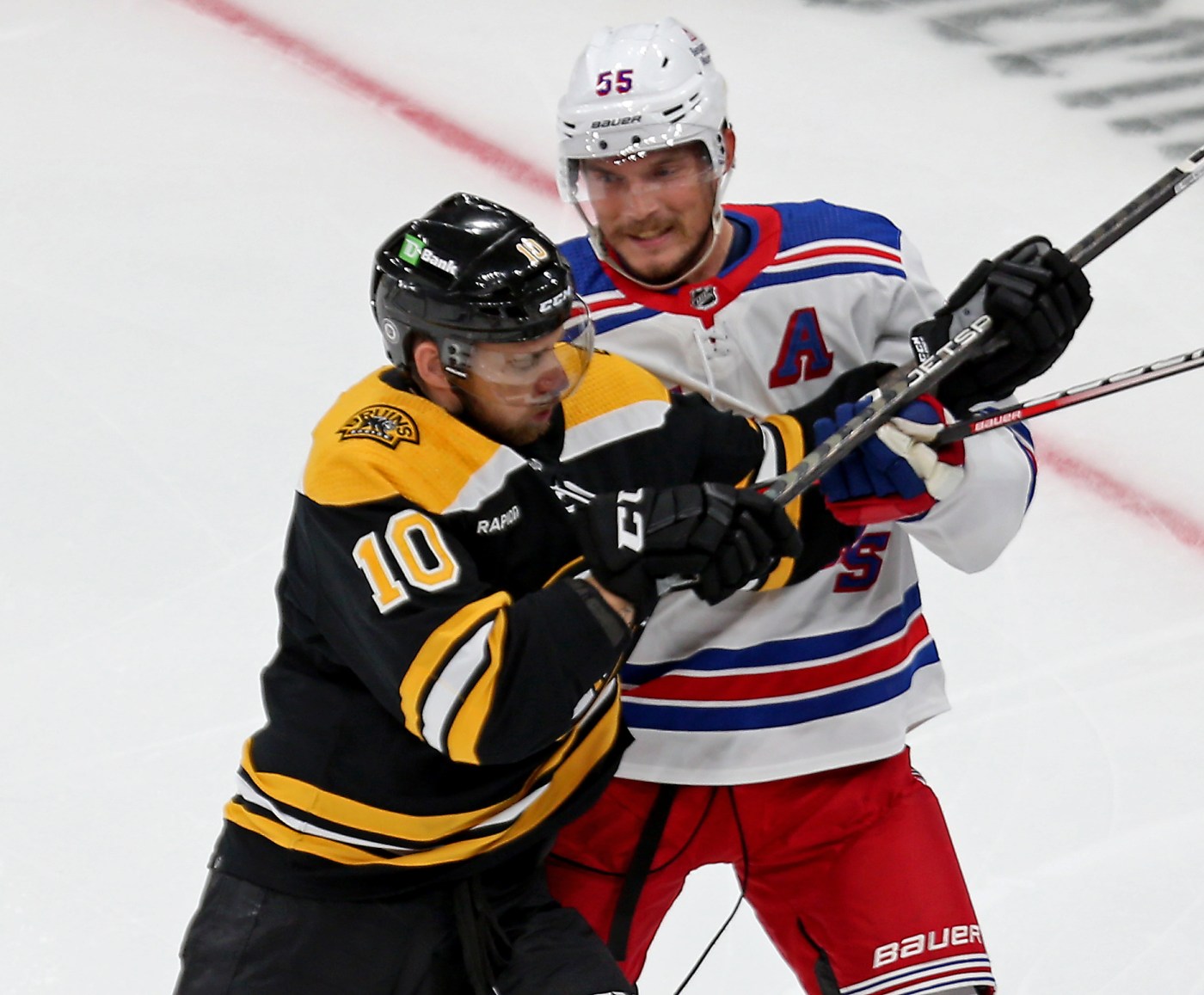 The Bruins won their first game with Jim Montgomery behind the bench on Tuesday, albeit a meaningless preseason 3-2 overtime victory over the New York Rangers at the Garden. What was not so meaningless was who had the impact on the victory.

A.J. Greer, fighting to make his way onto the roster, scored his second goal of the game in OT to lift the B’s to the victory. But Greer, also credited with seven hits, wasn’t the only young aspiring player to make his mark. Jack Studnicka assisted on both Greer goals and Oskar Steen also scored.

With the Rangers arriving with a fairly veteran heavy roster, the B’s found themselves down 1-0 in the first period when star defenseman Adam Fox skated into the right circle and beat Jeremy Swayman with a wrist shot under the crossbar.

There wasn’t much doing offensively for the Bruins in the first. One interesting flash came from Luke Toporowski, who took a pass at the Ranger blue line and made a nice move to get around New York defenseman Ty Emberson for a clean break-in, forcing Jaroslav Halak to make a good stop on his backhand.

The B’s awoke in the second and tied it up briefly. Studnicka, looking to finally make the Boston roster for good, made a play that says he knows it. He hustled in on the forecheck and knocked Ryan Lindgren off the puck behind the Ranger net and got it out to Greer in front. The former Boston University forward, putting his best foot forward in this training camp, picked his spot under the bar and beat Halak to tie it.

But the Rangers took the lead again shortly after that when Swayman thought he had a puck tied up in his pads but Alexis Lafreniere was able to poke it home.

The B’s tied it up again at 6:40 of the third on a shorthanded goal from another young player looking to stick here. Hampus Lindholm blocked a shot in the slot, sending Joona Koppanen off on a 2-on-1 with Steen. Koppanen made a pretty pass for Steen to convert it past Louis Domingue for the equalizer.