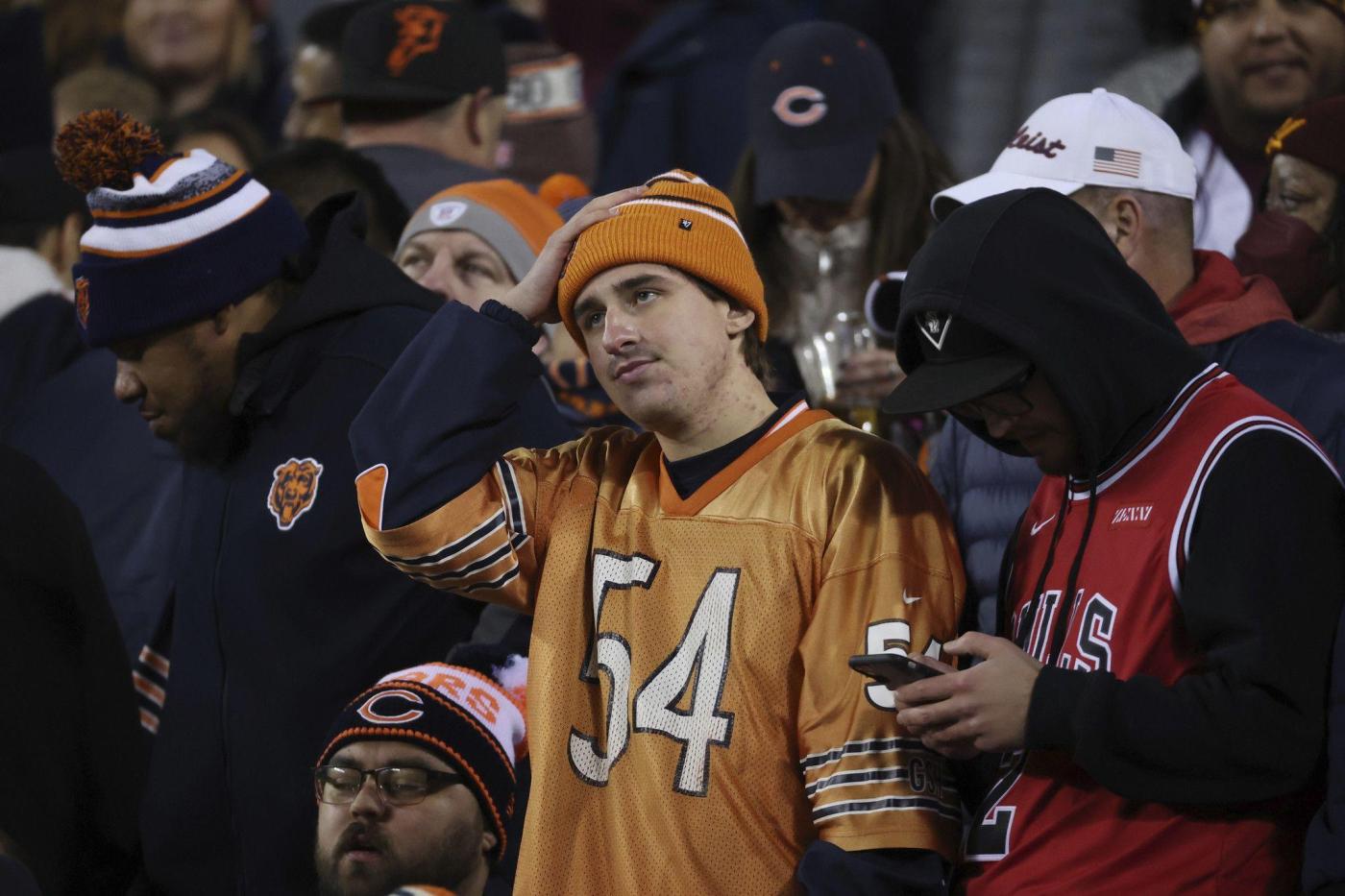 It’s the holiday season, so instead of a riff on local politics and government, I’m playing Chicago sports Scrooge, based on a lifetime of occasionally cheering but mostly jeering our preternaturally underachieving professional teams.

I attended the first game of the 1959 World Series at the old Comiskey Park, an 11-0 White Sox romp before they lost four of the next five and the Series; the Bears 1963 NFL Championship victory at a frigid Wrigley Field, their home stadium way back when; and numerous high-stakes Bulls and Blackhawk games over the years.

So I feel qualified and compelled to lament the sorry state of our professional sports teams as we end one year and begin another. And I blame team owners, front-office personnel and coaches who brought in, mismanaged and ushered out dubious players who collectively perpetrated these train wrecks.

Let me fill the team stockings with coal, one by one:

The Blackhawks, winners of three Stanley Cups in the last 12 years, are the biggest collapse. Sure, the loss of two-way star Marian Hossa to a painful medical condition was jarring, and the Patrick Kane-Jonathan Toews duo is aging, but why trade fan-favorite, goal-scoring sharpshooters such as Artemi Panarin, Alex DeBrincat and Kirby Dach for zilch? The result is the worst team in the league and a so-called “rebuild” that could take longer than construction of the Egyptian pyramids.

Team owner and liquor magnate Rocky Wirtz, who was celebrated during the halcyon years, should consider elevated doses of his own beverages to cope with this debacle.

The Cubs are a close second, with their inexplicable discarding of super-popular World Series stars Anthony Rizzo, Javier Baez, Kris Bryant and Kyle Schwarber. Another “rebuild”? I admire the business acumen and philanthropy of the owners — the Ricketts family — but not their baseball chops, so I’m taking the over on FanDuel’s rebuild timeline.

The White Sox are more of an enigma. Serious contenders on paper, after a couple of playoff seasons, but injury-ridden underachievers in real time last year. Why? Tony La Russa’s managerial mistakes, inept coaches or too many high-salary players getting hurt and having bad years at the same time? Maybe all of the above. Now there’s new field leadership and a couple of new players. So we’ll see if “wait ’til next year” is more than a cliche.

The Bulls, also highly regarded contenders through the first half of last season, before point guard Lonzo Ball suffered a still-nagging knee injury, have been totally out of sync since then, and this year is turning into a full-blown face-plant. Does one player, other than a Michael Jordan, make that much difference? I don’t know, but basketball is a team game, and this is frankly a mediocre team, despite the presence of several big-name players. They’re not hitting enough 3-pointers or stopping the other team’s or playing tough defense or rebounding well, so it’s hard to visualize a turnaround without a roster overhaul.

On to soccer. Like many Americans, I’ve never been a big fan, except when the U.S. men and women are competing in the Olympics or a World Cup that is as compelling as this past one, so I can’t opine intelligently on the woeful Chicago Fire. Maybe “not enough good players” is a safe guess. But I do know and admire team owner Joe Mansueto, so I’m hoping for a turnaround.

And finally: “Da Bears!” I love watching Justin Fields’ spectacular runs and incrementally better passing stats, but how can a team fail to equip him with NFL-caliber blockers and receivers and hobble the defense by shedding a slew of Pro Bowlers? Wait — do I smell another rebuild that depends on smart draft picks and free agent signings? Same old, same old. But good luck to Matt and Ryan 2.0. And to the McCaskey family that owns this long-storied and almost-as-long-enfeebled franchise: Maybe it is time for a jail break to the suburbs, or to cash out, or both.

I know a lot of this detritus can be rationalized by pointing to exorbitant contracts, salary caps, luxury taxes and other financial considerations that prompt personnel decisions. Throw in unforeseen injuries and performance dips for good measure. Or the gravitational pull of the moon.

But truth be told, at the end of the day, it’s operator error — management failure. Why? Because the teams that perennially excel in each sport face the same challenges year in and year out and somehow find a way to stay at or near the top. They acquire better players and coach them better. Simple as that.

Our Chicago teams have been there — some for a few consecutive years, others on occasion — but they’re not anywhere near there now, and the arrow has been pointing down. Perhaps turnarounds will come sooner, rather than later, for one or more of the teams, but I’m not counting on it. I’ll paraphrase the Missouri state motto by saying, “Show me.”

So here we are — it’s late December in Chicago, which means holiday celebrations but also the longest, darkest days of the year. Sadly, for our teams and their fans, there are too few wins to celebrate and too many long, dark losing days to lament. Bah, humbug!

But thankfully, it’s only sports — a beguiling diversion but hardly the essence of real life.

So I’ll conclude on the same upbeat seasonal note as Scrooge at the end of the Charles Dickens classic by wishing you happy, healthy holidays with your family and friends.

Submit a letter, of no more than 400 words, to the editor here or email [email protected].