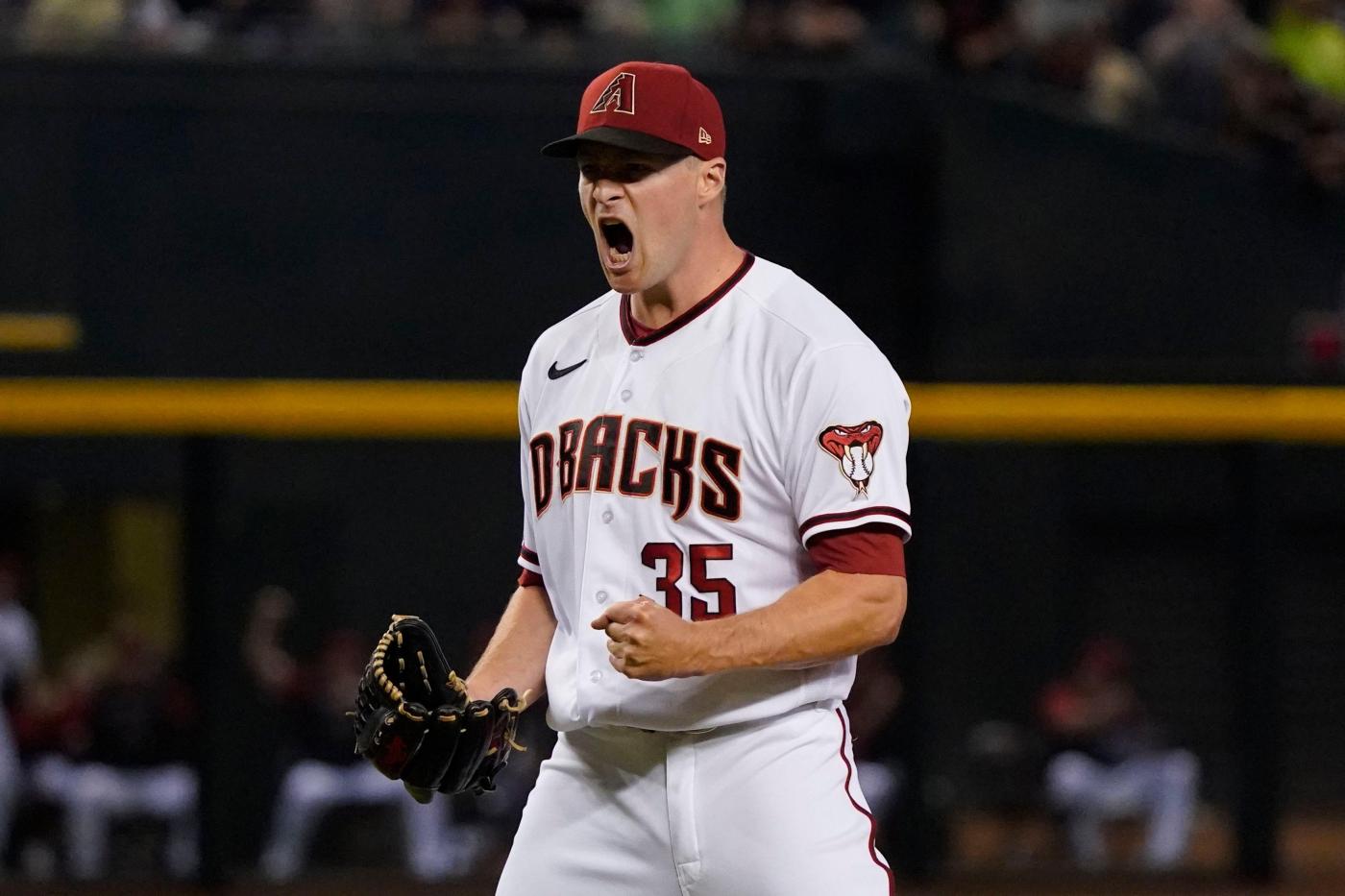 With the Aug. 2 trade deadline approaching, GMs are circling the wagons trying to determine who’s selling and who’s buying. It’s a task made a little more difficult this year with two more teams being added to the postseason and the first series expanding from a one-and-done sudden death game to a two-out-of-three.

The general theory around baseball is that the expanded playoff structure will incentivize more teams to be buyers. But at the same time the potentially increased competition for the same limited amount of players could make for a largely uneventful deadline compared to last year when the Nationals cleaned house of their superstars, Max Scherzer and Trea Turner; the Yankees loaded up with sluggers Joey Gallo and Anthony Rizzo; the Mets satisfied Francisco Lindor by acquiring Javy Baez; and the Braves, after the losses of Ronald Acuna Jr. and Marcell Ozuna, stocked up in outfield bats — Eddie Rosario, Adam Duvall, Jorge Soler and Joc Pederson — for their second half run to the world championship.

Because it’s New York, the Yankees and Mets are always compelled to be buyers at the deadline no matter what the condition of their clubs. This year, however, the Yankees don’t have a need to do anything — unless they choose to perform an act of mercy by trading Gallo to a lower-key environment where the fan base is more tolerant of his propensity for strikeouts. Brian Cashman seems to always like to fine-tune his bullpen at the deadline but he may already have done that the other day with the signing of the veteran righty Richard Rodriguez, fresh off an 80-game drug suspension, who was nevertheless the Pirates’ closer in ‘21.

As for the Mets, they have long figured to be trade deadline buyers this year. It just depended on what time of the season. Early on when no one could be sure if Jacob deGrom would ever be back and Tylor Megill went down for probably the season with a shoulder injury, it was thought the Mets might need to get themselves another starting pitcher. Then during a recent 5-6 stretch in which they scored three or fewer runs four times and their lead over the Braves shrunk to 2 ½ games, another power bat to compliment Pete Alfonso suddenly seemed to be a big need, even though the Mets are still fourth in the majors in runs scored.

No doubt Buck Showalter wouldn’t mind another power bat but the biggest ones potentially out there — the Nationals’ Josh Bell, Colorado’s C.J. Cron, the Royals’ Andrew Benintendi, the Orioles’ Trey Mancini — figure to cost too much in prospect capital, something Mets GM Billy Eppler is loath to do. At the same time, don’t expect them to promote power-hitting catcher Francisco Alvarez, their top prospect, ahead of schedule. Word is he’s probably ready with the bat which could come in to play for them as a September call-up, but he has a way to go on his receiving game. And besides, like him or not, they have an $8 million investment in James McCann this year and another $24 million the next two years.

Eppler already has a leg up on executive of the year honors after his winter haul of Starling Marte, Chris Bassitt and Mark Canha, but if there is one commodity Showalter needs more than any other to help hold off the Braves it’s another lefty reliever where he’s been operating short all season. From that category there’s a pretty wide variety for Eppler to work his magic — Arizona’s Joe Mantiply, the Tigers’ Andrew Chafin and Gregory Soto and the A’s Sam Moll to name four. The only problem is everybody is looking for relief pitchers at the deadline, particularly lefties, and this year there figure to be a lot more buyers.

Was nice to see the Mets invited Willie Mays to their re-instituted Old Timers’ Day on Aug. 27 and even though, at 91, he’s unable to travel, the Mets should still use the occasion to finally retire No. 24 in his honor. It was what Mets owner Joan Payson promised Willie when she brought him back to New York in 1972, but after Mays retired in ‘73 and she passed away two years later, the plan to retire 24 was forgotten, although the Mets never re-issued it for 27 years except for a few mistaken days to utilityman Kelvin Torve in 1990. When Rickey Henderson joined the Mets in 1999 he asked for — and received — permission from Mays to wear 24. After he left, 24 remained vacant until Robinson Cano arrived from Seattle in 2019 and was given it. So it would now seem most appropriate for Steve Cohen to fulfill Payson’s wishes to retire 24 for Mays while also fully erasing the stain of Cano. …

Baseball’s new Name Game — The Pirates became the first team in major league history to use 55 players before the All-Star Game. It’s a pretty good guess a majority of teams will use a record number of players this year. How are the baseball card companies going to catch up?…

New Baseball Book of the week: In his playing days, Paul O’Neill was about the most intensely private and media-resistant individuals I ever encountered, and about the last person I would ever have expected to write a book about himself. But in his second career as a media type himself in the Yankees’ YES broadcast booth, O’Neill has been transformed into an engaging, insightful personality — which happily all comes out again in the autobiography we never thought he’d write: “Swing and A Hit — Nine Innings of What Baseball Taught Me” (Grand Central Publishing) with his YES cohort and former Yankee beat writer for the Times, Jack Curry. Aside from a lot of inside stuff from his Yankee years, O’Neill details his complicated relationship with Lou Piniella when he was with the Reds, as well as what it was to be caught up in Pete Rose’s gambling scandal in Cincy. In case you’re wondering, he thinks Pete should be in the Hall of Fame.