‘A lot of us are pretty upset’ – Boston Herald 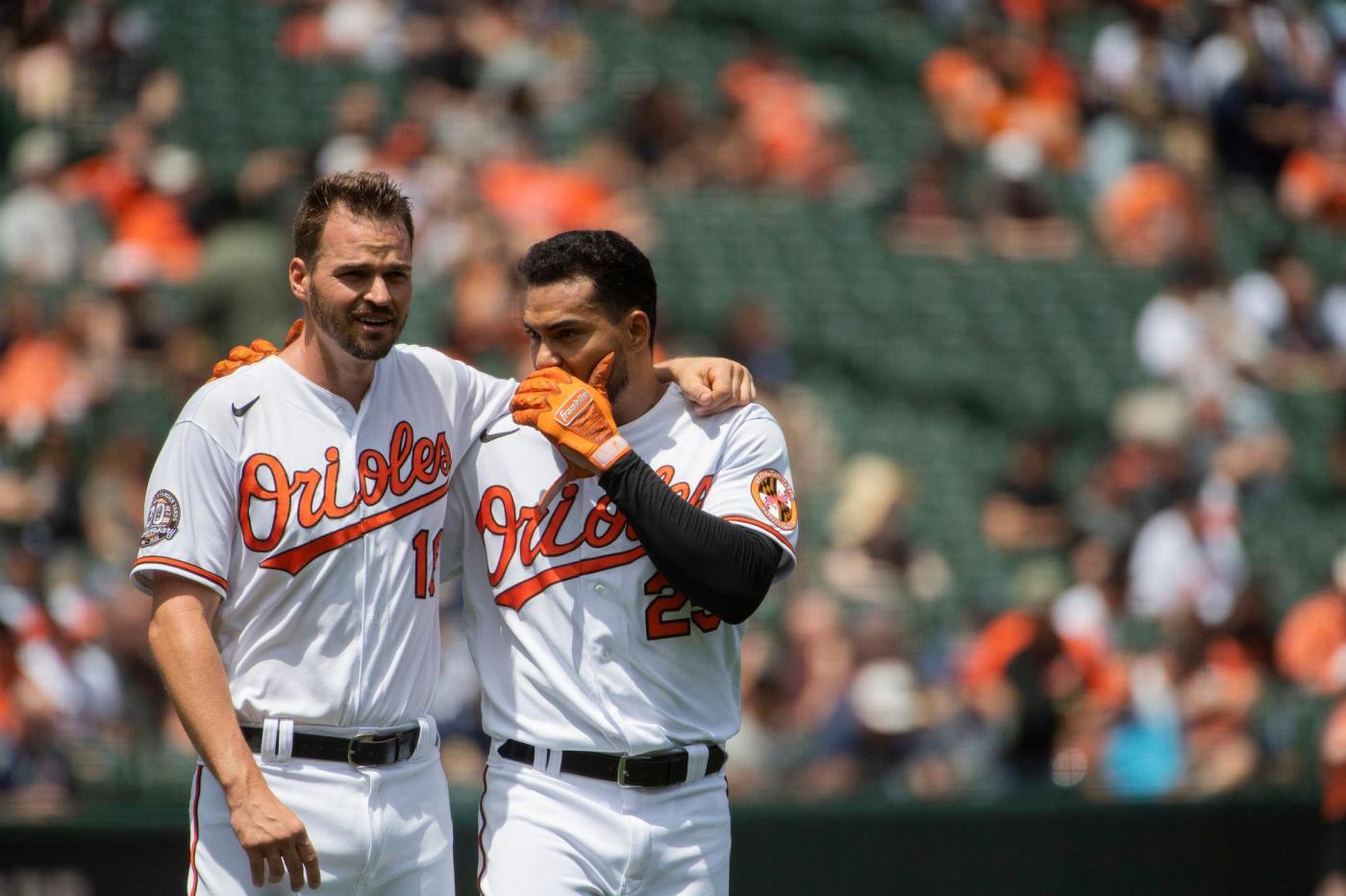 In a move that surprised the Orioles’ clubhouse, Baltimore traded first baseman-designated hitter Trey Mancini to the Houston Astros for a pair of pitching prospects Monday as part of a three-team deal with the Tampa Bay Rays.

Here’s how a handful of Orioles reacted to the move, one that came with Baltimore playing .500 baseball and sitting three games out of a wild-card spot.

Manager Brandon Hyde: “Not easy. Trey has been such an important part of our lives here the last — since I’ve been here [in 2019] — a big part of Baltimore and a big part of this community, and it’s hard to see someone like him go. Such a close friend to so many people here. It wasn’t fun, like you think it wouldn’t be. But I’m happy for him and the opportunity he’s going to have. Hard to say goodbye.

“When you say goodbye to a friend or someone you’re close with, that sucks. But this is part of the game and this is something that we know. One day we’re going to be three games up in the division, and things change. It’s obviously still sinking in that he’s not going to be here, even though we know it’s always a possibility of people not being here. You take it the best you possibly can, you move on, you go from there, you wish Trey the best, hope he goes off in Houston — except when he plays us twice.

First baseman Ryan Mountcastle: “Sucks. He was a great friend, great teammate, great person. I’m gonna miss him, but I’m wishing him the best. And hopefully he enjoys it over there.

“He’s a focal point in our lineup, he’s top of the lineup every day, and he’s doing a great job. It’s gonna be a little bit of a blow, but hopefully, we can pick it up. I mean, just, it sucks.

“He’s the nicest human I’ve ever met. I’ve never seen him be mean to anybody, has welcomed all the rookies, everybody, even me, with open arms. Great person.

“It’s going to be tough without him. And I know a lot of us are pretty upset.”

Starting pitcher Jordan Lyles: “It’s unfortunate to see him leave. It’s gonna be tough to lose him. Not just during game time, but obviously all the hours us baseball players spend in the clubhouse and around those other three hours of game time. We’re gonna miss him on both fronts. We wish him the best. We got two series against them still. Hopefully, he has great success other than those ballgames.

“There’s no denying that we’re losing one of our better players. But that’s up to the front office or [general manager] situation of what they feel is best for the O’s and years in the future, so people can probably wrap their heads around the reasonings behind certain decisions, but we’re gonna miss him. We’ll try to pick up the slack any way we can. Just means another guy or two is gonna have to step up.”

Catcher Adley Rutschman: “He’s a very influential guy. Just his character speaks volumes, the kind of person he is, the kind of person he is on and off the field. He’s a guy that I look up to, that a lot of guys look up to. When you talk about a guy who’s a leader, who’s a team guy, that’s him. He’s the gold standard. It’s just been an honor to be able to play with him and learn from him.

“I guess it’s a part of baseball. It’s not something I’ve really experienced. But I think for me and for a lot of the guys, you try and cherish the time you know you do have, and I guess stuff like this happens. You’re thankful for the memories and the friendships and everything that you’ve done along the way that hopefully you’re able to talk about for a long time after baseball is done.”

Outfielder Anthony Santander, via team interpreter Brandon Quinones: “He means so much, honestly. Really going to miss him. Been together since 2017, so it’s been a long time that we’ve known each other. Honestly just wishing him nothing but the best going forward, and he’s just meant so much to me and to this team.

“It was a little difficult, honestly. We understand it’s part of the business, part of the game. It always remains a possibility. But it’s just the way things go and I’m just wishing him nothing but the best going forward and hoping he gets to win a World Series with Houston. Trades can sometimes turn out really well for us, too, so hopefully it works out for both sides.

Closer Jorge López: “We all know what Trey means to us. He’s a guy who’s been through a lot. … We just lost one of the best, greatest teammates and one of the best players. I feel so happy for him because he will have a great career.

“So hard, man. We lost one of the best hitters in the game. I’ve got no words to describe it.”