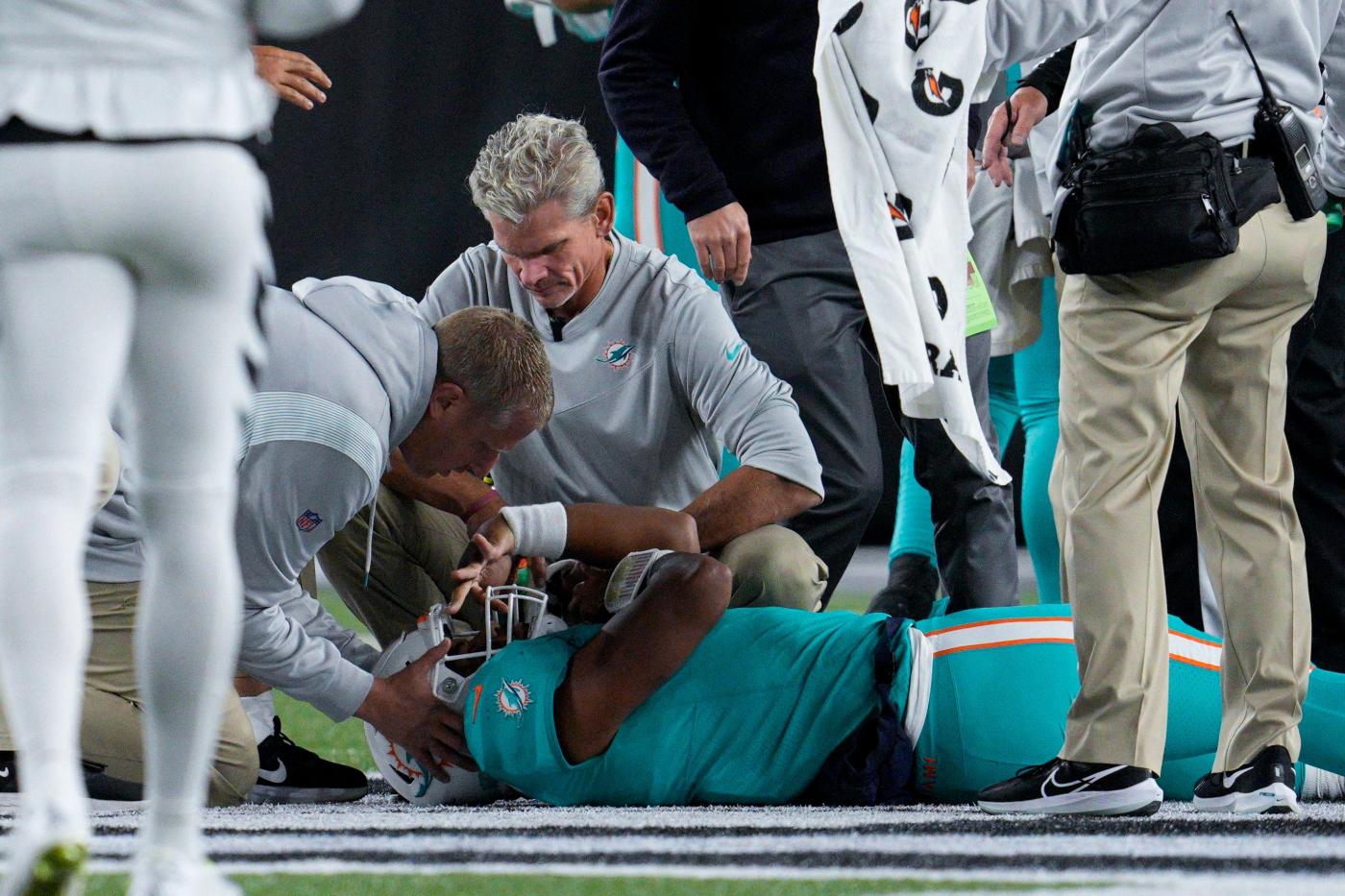 Blows to the head of Miami Dolphins quarterback Tua Tagovailoa recently forced the National Football League to suffer its own blow as sports fans watched another all-too-common traumatic brain injury on prime-time television. Athletes are not the only people, though, who should avoid TBIs at all costs.

When we suffer such trauma due to other people’s negligence, the cost of treatment and punitive damages should be borne by those responsible. Most importantly, insurance companies, hired to protect companies and individuals from costs, should pay up for the very protection they have been paid to provide.

Traumatic brain injury, often caused by older adult falls, is a leading cause of injury-related death and disability among Americans. About 1.5 million Americans suffer from a TBI. Among these, approximately 230,000 are hospitalized. More than 64,000 people died from TBI in the United States in 2020. That works out to 176 TBI-related deaths every day.

For survivors, a TBI often results in short- or long-term problems that may completely change a person’s life, including the ability to work or build relationships with others. It can change how a person thinks, acts, feels, learns and remembers. How someone walks, talks and sleeps.

Shockingly, the Centers for Disease Control found that after five years of traumatic brain injuries nationwide, 22% of victims died, 30% felt worse, 22% continued to suffer the same amount and 26% got better. Only a fourth of TBI victims improved after extensive and costly recovery. The lifetime economic costs of TBI, including all medical costs, add up to about $76.5 billion a year in the United States, $400 billion across the globe.

TBI victims show a “complex range of neuronal and metabolic changes, and the mechanism of injury is likely associated with shearing of nerves,” said Dr. Oren Gottfried, professor of neurosurgery and clinical vice chair in the department of neurosurgery at Duke University.

The “shearing of nerves” is Gottfried’s medical term for cutting off the strings that play the music in our brains. With a snip, a person can have neck pain or tenderness, double vision, numbness, severe or worsening headache, seizure or convulsions, loss of consciousness, loss of memory, vomiting or becoming increasingly restless, agitated, combative, depressed or suicidal.

I know about such consequences firsthand. The traumatic brain injury I suffered occurred when a treadmill pushed me off onto a concrete floor which was covered by an extremely thin piece of carpet. The fall busted my skull. My brain bled as it moved to the right side of my head and then quickly swelled. Part of my skull had to be removed and placed in my stomach for protection to give my brain room to breathe. My neurosurgeon successfully moved my brain back and later returned my skull to their rightful places. I was unconscious for two months and have no memory of the days before, during or after the fall.

(Disclosure, apropos the point made earlier about insurers, in 2018, I filed a lawsuit against the gym where my fall occurred and its insurance company, seeking damages for the suffering I have endured.)

Like most TBI victims, I wanted the old me back — the one who could strategize, organize, write and speak about issues and policies I cared about and worked hard to promote. She never returned. I lost my old job and never got a new one.

After four decades of working as a journalist, press secretary and public relations expert, writing this many words once took me only a few hours. Almost six years since the head blow, it took me days to pull this piece together. Routine for me now is getting lost during walks in places I know well, forgetting restaurants that I have enjoyed with my husband numerous times, feeling extreme anxiety about being late for an appointment, fearing conversations with good friends and acquaintances, losing my temper, and much more.

The project of my last few years — writing a book about sexual misconduct, growing up in Mississippi and working in Washington and New York — was more about my trying to recover than making money. Needless to say, I spent more money paying editors to help me write the book than I earned in sales after Amazon and the publisher took their big bites. Talking about sexual misconduct and the book during live and recorded interviews required practice, detailed notes and pleas for do-overs in some incidents. Thank goodness for Zoom, though, which allows me to see my notes on the screen while being interviewed.

This is my new life — a life I hope I can hold onto, praying that dementia or Parkinson’s disease doesn’t catch up with me.

Let’s say the same prayer for the Miami Dolphins quarterback and the rest of the 1.5 million Americans who will suffer a blow to the head next year.

Hinton is the author of “Penis Politics: A Memoir of Women, Men & Power.”