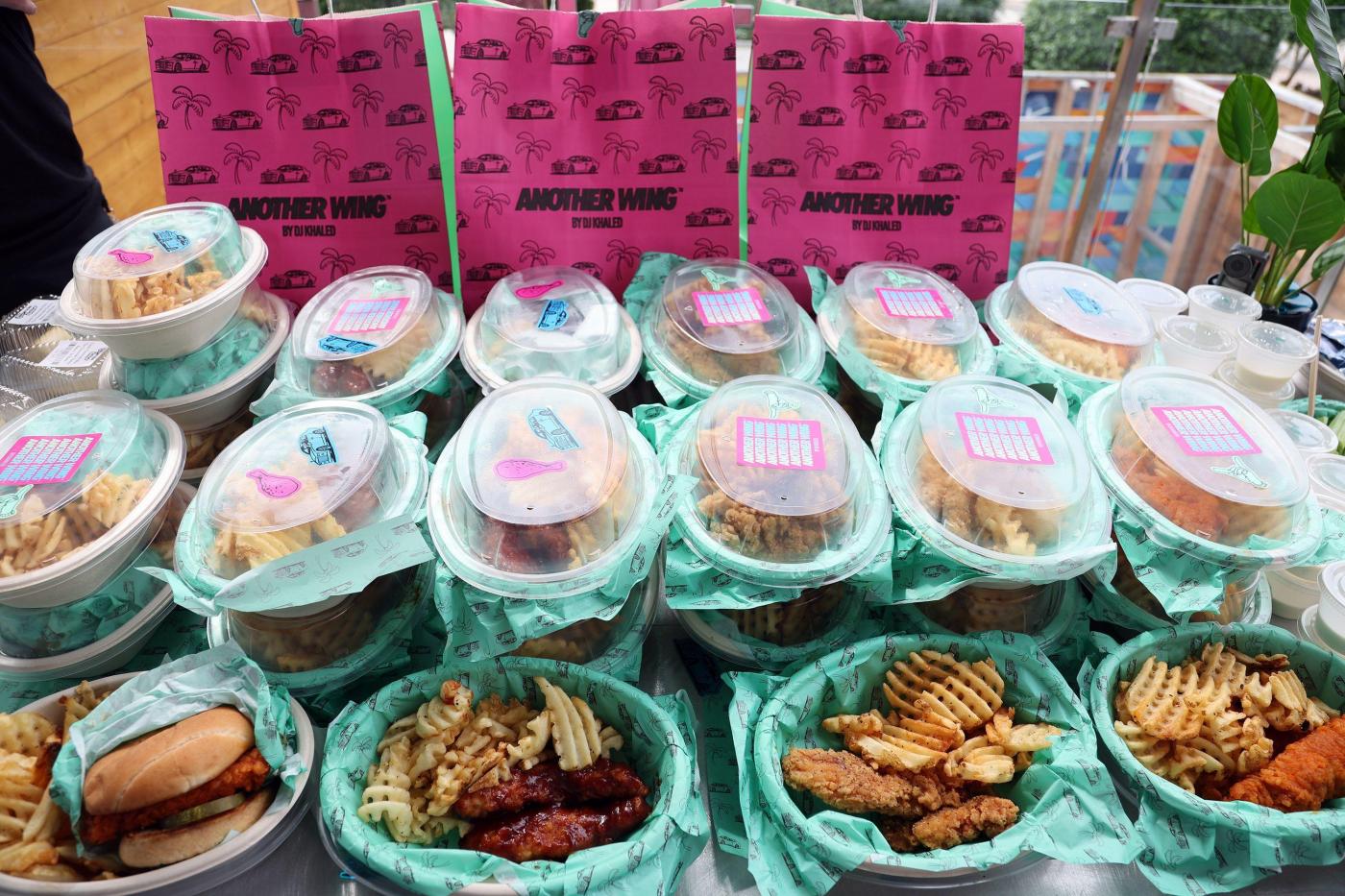 New coach, new stars, new hype — the old way of Miami Dolphins tailgating is getting a makeover, too.

Fans arriving for the Dolphins’ home opener vs. the New England Patriots on Sunday will find a new indoor-outdoor event space called the Fountain Plaza Tailgate, presented by LiveNation, covering 270,000 square feet on the south plaza of Hard Rock Stadium.

The facility includes two multilevel structures — separated by a broad turfed lawn dotted with umbrella-topped tables — including the Food Hall, another venue that will be home to brunch service by American Social, and 1972 Dolphins memorabilia in The Perfect Season Museum.

There are multiple bars spread across the venue, with the covered rooftop above American Social likely to end up one of the most coveted places to gather.

In a tour of the facility on Thursday, Jeremy Walls, Dolphins senior vice president and chief revenue officer, acknowledged that the Fountain Plaza Tailgate is a response to a rising enthusiasm for the team, which added Coach Mike McDaniel and star receiver Tyreek Hill in the offseason.

“The excitement is the highest it’s been for a long time for the Dolphins,” Walls said. “There’s a lot of new, and we’re always looking to innovate and enhance the fan experience, and this is a new way for us to do that.”

While the Fountain Plaza Tailgate creates a place for fans to gather before the game without having to schlep a grill and a tent in the parking lot, Walls said the venue also serves another constituency — Dolphins fans who don’t have a ticket to the game.

Those fans will be able to enjoy big-screen viewing in comfort while still feeling the charged atmosphere from the stadium across the street.

“We have a waitlist for season tickets. So we wanted to have a new and exciting option for fans that couldn’t come to the game, so they could at least get together and enjoy the environment,” Walls said.

The Fountain Plaza Tailgate begins four hours before kickoff and will be open until the game ends. Admission is free for ticket holders, but open to those without a ticket via day-pass Tailgate Tickets. The day pass costs $20 and offers the game screened on an exclusive viewing deck as well as a complimentary ride on the Heineken Highline.

Walls ballparked the capacity of the lawn at about 1,000, with seating for another 1,000.

The Fountain Plaza Tailgate will be open for each Dolphins home game throughout the season. Dolphins officials said they plan to make the venue available to fans at Miami Hurricanes games in the future.

New food offerings available at the tailgate start with the debut of sports-minded restaurant American Social, which has popular locations in downtown Fort Lauderdale and Miami. During Thursday’s tour, AmSo touted its brunch with its fan-favorite Smash Burger and doughnut holes.

Also new will be a lineup of chicken dishes from Another Wing by DJ Khaled and football-friendly comfort food from SEED, familiar to 300-level Fins and Canes fans.

Chef Herbert Coleman of SEED said his space in the new Food Hall will offer something he’s never done before: plant-based Beyond burgers and chicken tenders. Both are excellent, especially the burgers that benefit from Coleman’s gentle sprinkling of thyme, oregano and other herbs and spices.

“This Beyond stuff is new for me. But you’d be surprised how many people come up to us and say, ‘What do you have vegan?’” Coleman said. “Give the customer what they want.”

The Fountain Plaza Tailgate takes over structures erected in recent years as Hard Rock Stadium hosted Super Bowl LIV in 2020 and diversified its sports programming with events such as the Miami Open and Miami Grand Prix.

American Social is in a three-level building that housed the VIP McLaren Race House during the Miami Grand Prix. Across the lawn, the Food Hall replaces the former Crypto Terrace. The Heineken Highline gondolas were added for Super Bowl LIV.

For more information on the Fountain Plaza Tailgate, visit MiamiDolphins.com/FountainPlaza.

Staff writer Ben Crandell can be reached at [email protected].