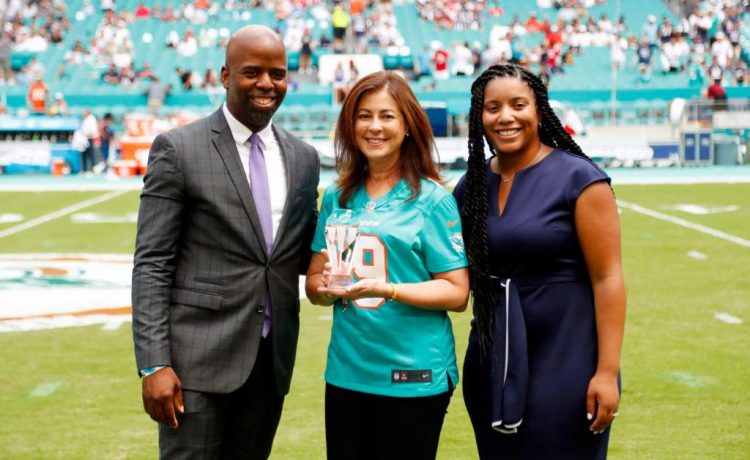 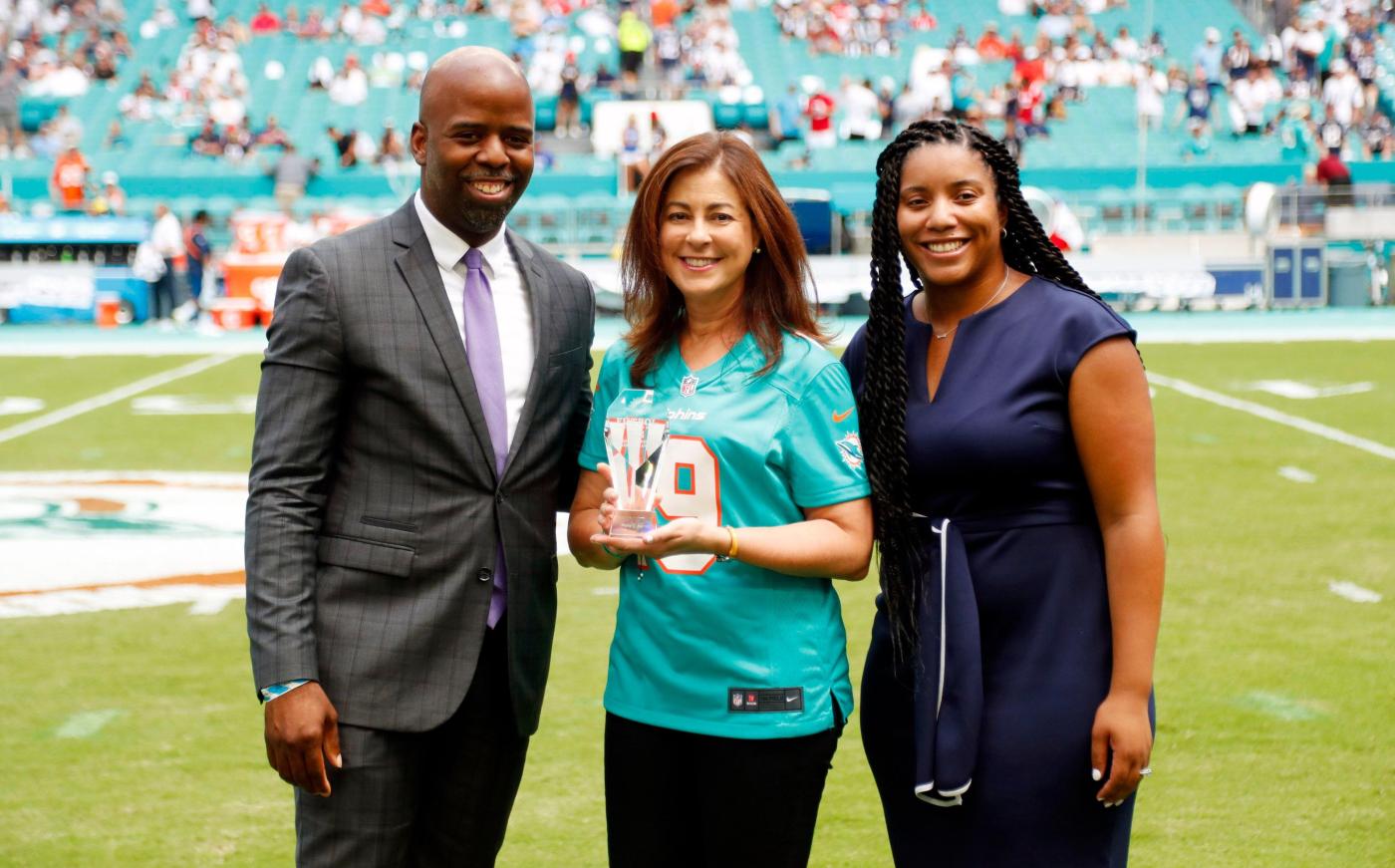 Jason Jenkins is walking through a rusty gate to a house in Little Havana. As usual, he doesn’t look like a corporate vice president trying to save our community, one person at a time. He looks like a delivery man carrying a box with a hurried step.

“Hello, here’s your turkey,’ he said, knocking on the door.

He turned, sweating in his Miami Dolphins shirt, after three hours of walking and driving to houses two days before Thanksgiving a few years back.

“They asked for another turkey,’ he said to me, as he read the to-do list in his hand. “We’ve got a lot more to deliver today.”

You never know when you’re a headline. Jenkins is one today, gone at 47, the Dolphins vice president of communication and community affairs leaving not just his wife, Elizabeth and three children behind, but also an organization in tears. A full community, too.

Coach Mike McDaniel stood after a preseason game against Philadelphia and said, voice quaking and eyes leaking, “Football pales in comparison to what all the people who were really affected. The list is long.”

The list included an old defensive end who met Jenkins when he arrived in early 2009, Jason Taylor, who was in tears on the game’s television broadcast Saturday, saying, “We lost a good one.” And this list includes a young defensive end, Jaelan Phillips, who has lent his time to working with Jenkins in the community.

“One of the most incredible and selfless human beings I have ever met,’ Phillips tweeted.

Those of us who are along for the ride, who get paid to watch games and see the insides of teams, we look for the good guys, the ones who understand the importance of sports, sure, but also who can grasp their unimportance.

Jason was one of the good guys. He got the Dolphins more involved in the community than any team in South Florida’s history. Partnering with minority restaurants in Miami Gardens. Equipping high-school teams in Miami-Dade. Fund-raising for cancer research. Serving as a bridge between police and Black youth.

All of that is why the Dolphins won the NFL’s community-service award last year. It’s why other sports teams called asking for advice on their programs. It was Jason. He’d give dismissive wave if you mentioned his good work. That was him, too.

When his alma mater, Texas Tech, left a message for him to call one day about a commencement address, he figured they wanted help getting in touch with former teammate there, Zach Thomas.

“Don’t ever think because we played on the same team I was anywhere close to being a player like him,’ he’d say.

Texas Tech didn’t want Thomas. It wanted Jenkins to give the graduation speech in 2018. Are you getting the impact of his reputation by now? Understanding the good word of his good work that people recognized?

“Relationships, values and courage — you need all three,’ he told the Texas Tech class.

He had all three. They defined him. For years, watching Jason’s good work, I’d say the Dolphins were a first-class organization everywhere but where people wanted them to be. The team hasn’t been good. He knew it, his 13 seasons here and not getting one playoff win.

“I’ll tell you about that when we’ve organized it all,’ he said.

We won’t have that discussion. He tweeted something about Saturday’s night’s game just after noon. He was gone by kickoff at 7 p.m. The game went on, just as games do. But there was a big hole in the night.

A team isn’t just the players you see on the field. It’s the people behind the scenes you rarely see who form the fabric of the organization. They can still see him delivering a turkey, equipment to a high school or a player to talk to a group of kids. And all they can do now is cry.