Todays Though > News > A soap opera of a Chicago White Sox season needs its main character, Tony La Russa, back in the dugout – Boston Herald
News

A soap opera of a Chicago White Sox season needs its main character, Tony La Russa, back in the dugout – Boston Herald 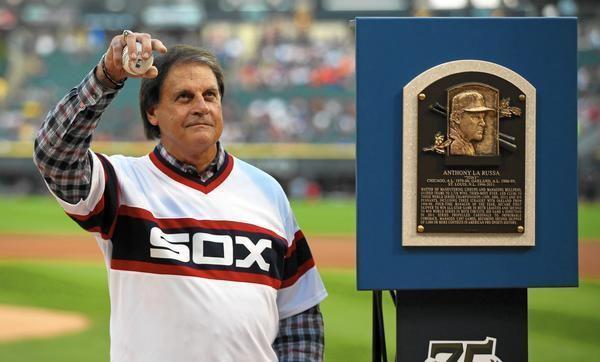 Imagine the final chapter of “Gulliver’s Travels” without Gulliver or the last episode of “The Sopranos” without Tony Soprano.

If the protagonist disappeared before the ending, it wouldn’t be the same story.

That’s why the Chicago White Sox need manager Tony La Russa back in the dugout for the end of this journey that has included more ups and downs, more ridiculous drama and more fan angst than any season in recent memory.

No matter how it ends, we need La Russa to be there when it happens.

Tuesday marked a week since the Sox announced La Russa would miss that night’s game for undisclosed health reasons. He took an indefinite leave of absence the next day, flying to Phoenix for medical tests, reportedly for a heart-related issue.

Hours before Tuesday night’s game in Seattle, there was no word from the Sox on La Russa’s health status or any indication of when he would return. Only four weeks remain in the regular season, and every game is more important than the last for the Sox.

While La Russa’s status is unknown, we do have updated information on the state of the Sox, based on eyewitness accounts of their sudden re-emergence as a viable playoff contender in baseball’s worst division, the American League Central.

The Sox had won five of their last six games entering Tuesday under acting manager Miguel Cairo, moving two games behind the first-place Cleveland Guardians and one behind the Minnesota Twins.

Leading indicators suggest the Sox have found their mojo after five months of mediocrity.

Shortstop Elvis Andrus, whose two-run home run paced Monday’s 3-2 win against the Mariners, said he found a “tense” atmosphere the week he arrived from Oakland in mid-August.

“Everybody is a lot more relaxed,” Andrus told reporters. “Everybody just goes out there and is having fun and lets things happen.”

The pitching staff had a 1.83 ERA in those six games. Dylan Cease came within one out of throwing a no-hitter in a shutout Saturday against the Twins. Lance Lynn has allowed one earned run in 14 innings over his last two starts. Michael Kopech is on his way back from the injured list, and Johnny Cueto has been a rock since day one.

The Sox cranked out 13 home runs in the first seven games since La Russa’s departure. They hit 10 homers in their previous 18 games. Tim Anderson, their best hitter and undisputed leader, is expected back for the final stretch. All systems are “go.”

The players also showed some togetherness Friday during a bench-clearing incident in the ninth inning against the Twins, with Lynn playing the role of John Belushi’s Bluto in “Animal House.” The beefy pitcher carefully climbed over the dugout rail to lead a charge to the mound after Andrew Vaughn was hit by a pitch that everyone in the ballpark knew was unintentional.

No matter. As Otter said to his fraternity brothers in the film: “This situation absolutely requires a really futile and stupid gesture be done on somebody’s part.”

“And we’re just the guys to do it,” Bluto bellowed.

While any resemblance between Lynn and Bluto is purely coincidental, someone probably had to start something for no good reason. Who knows whether the Charge of the Lance Brigade was the futile and stupid gesture the Sox needed?

Remember, it was back in early July that NBC Sports Chicago analyst Frank Thomas said the Sox clubhouse was too relaxed, declaring after a loss it was “time for some snappage.” Better late than never.

Cairo has earned high marks in his first week for being the antithesis of La Russaism. He used reliever Joe Kelly as an opener in one game and called for Leury García to attempt a squeeze bunt when a sacrifice fly was warranted in another. Neither decision worked out, but it’s the thought that counts.

Moving Andrus to the leadoff spot Monday worked to perfection, and the veteran shortstop is hitting .367 with three home runs with Cairo as his manager.

How much authority Cairo has is unknown. General manager Rick Hahn and pitching coach Ethan Katz no doubt had their fingerprints on using Kelly as an opener. Cairo also continues to talk to La Russa daily, both in the morning and after games.

“Because I want to learn,” he told reporters Monday in Seattle. “I ask questions.”

Don’t change what’s working is an adage older than La Russa, and many Sox fans want Cairo to see this thing through to the end. Certainly the Sox have looked better since La Russa’s departure, but they’ve had one-week stretches like this and usually followed them up with a bad one. That’s why they’re basically a .500 team, contending in a division with two other .500ish teams.

If La Russa doesn’t feel strong enough or is so superstitious he would let Cairo keep managing during the hot stretch even if he’s healthy enough to return, then by all means let the wild rumpus continue without the man Cairo called “El Jefe.”

But I’m hoping La Russa comes back soon, healthy and refocused. I don’t agree with some of his decision-making or with telling his players not to run hard to avoid injuries. His defensive responses to valid questions after losses are unnecessary, and his belief that the vast majority of the baseball world agrees with his strategy of issuing intentional walks with a 1-2 count defies logic.

For better or worse, I’d like to see how this insanely interesting storyline plays out. A 3-2 loss to the Arizona Diamondbacks on Aug. 28 at Guaranteed Rate Field is not the way La Russa’s season should end.

There are only two fitting finales for the 2022 season: Either the Sox complete this comeback and see how they fare in the playoffs, or they fail to get in while Hahn and La Russa face the music for an underachieving season.