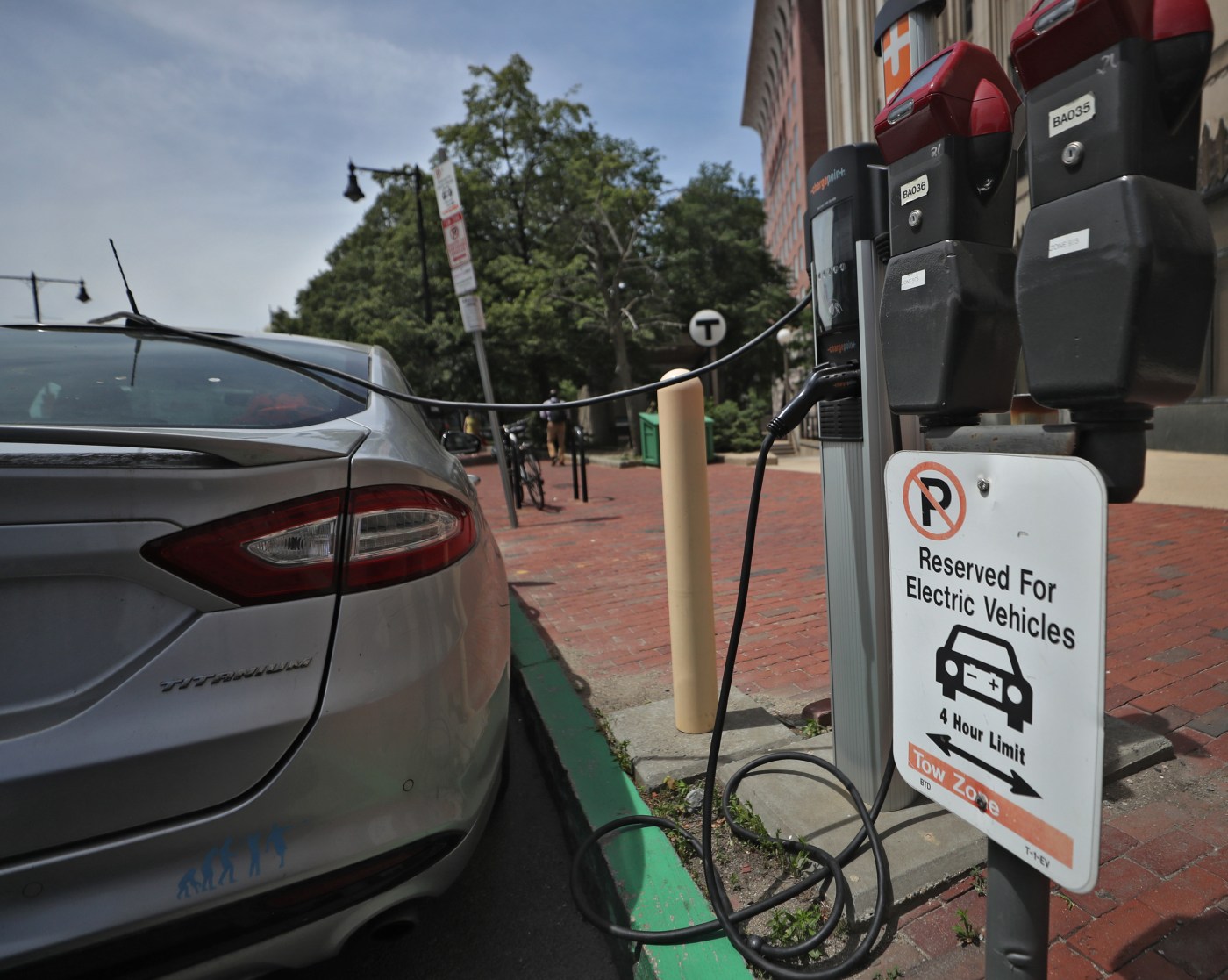 A new study from AAA has found that more Americans are considering going electric for their next vehicle, citing high gas prices as one of their top reasons for making the switch.

“They are looking for ways to save, and automakers continue to incorporate cool styling and the latest cutting-edge technology into electric vehicles, which appeal to this group.”

According to the study, 25% of Americans say they would be “likely to” buy an electric vehicle for their next car purchase, with millennials leading the pack, at 30% who are likely to make the switch from a gas- or diesel-fueled vehicle.

The common factor driving these consumers to consider an EV is a desire to save on fuel costs, with 77% citing it among their top reasons. AAA reported Monday that the average gas price is down 11 cents in Massachusetts from last week but is still averaging a whopping $4.74 per gallon.

AAA said it believes that interest in electric vehicles will continue to be fueled by rising gas prices, but concerns cited in the latest consumer study continue to keep some from committing to the change.

Sixty percent of consumers cited the higher purchase price and not having enough places to charge their vehicle among their top concerns.

Other concerns around accessibility and so-called range anxiety also ranked high — 58% were concerned about running out of battery charge while driving, 55% felt EVs are not equipped to handle long distances, 55% were turned off by the high cost of battery repair or replacement, and 31% said their home was not able to support the installation of a charging station.

According to AAA, 60% of Americans think EVs have a range of 100-350 miles, which aligns with their actual capabilities, but range anxiety remains a top barrier to widespread adoption.

“The deeper issue with range anxiety is that it’s going to take more than just improving how far an electric vehicle can go to convince people to make the switch,” Maguire said.

AAA said consumers will have to get a better handle on certain aspects of electric vehicle ownership to stem their anxiety, such as EV performance: the ability to do most of their charging at home, the accessibility of public charging, integrating EV and gas-powered car use for short and long distances, and taking advantage of roadside assistance.