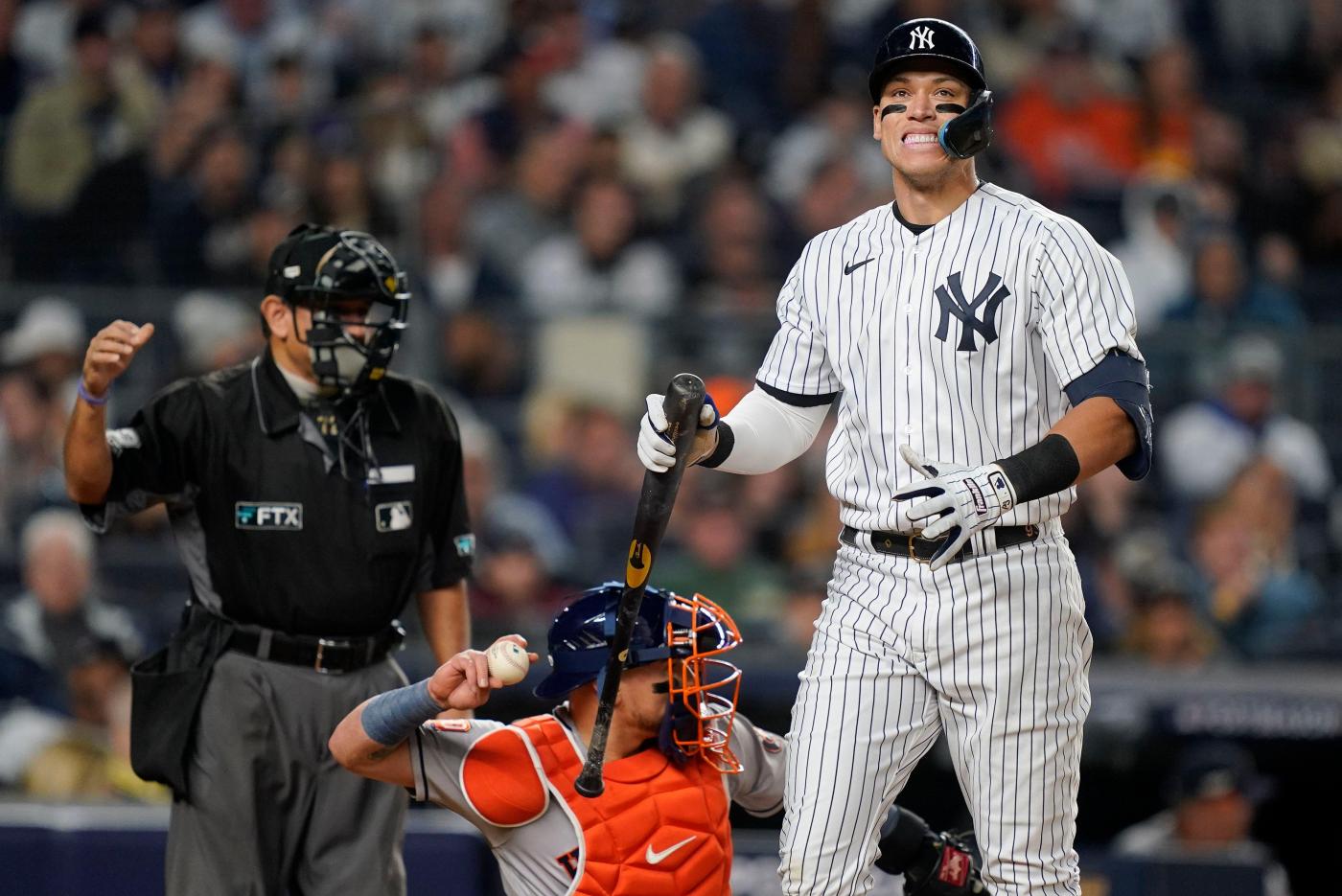 Aaron Judge might be the frontrunner for the AL MVP Award but you wouldn’t know it based on the reception he got Saturday night at Yankee Stadium.

With the Houston Astros leading 5-0 in the sixth inning of Game 3 of the ALCS, Judge struck out with one on and one out. Cristian Javier had one-hit the Yankees through 5 1/3 and was pulled after Anthony Rizzo reached on a walk. The Astros went to the bullpen for Judge, bringing out right-hander Hector Neris.

Judge struck out on three straight pitches, looking at a fastball for strike three. He walked back to the dugout to a chorus of boos. Even the most elite hitters can be quieted by elite pitching.

This isn’t the first time Judge has received a Bronx Cheer during the postseason. The slugger heard plenty of them in Game 2 of the ALDS against the Cleveland Guardians, acknowledging that he needed to play better. While Judge only hit .200 for the series, he did have some big hits, including the go-ahead home run in Game 5 and a game-tying two-run shot in Game 3, just one day after being booed in the Bronx.

But all that goodwill disappeared once the ALCS began. With fans eager to see their team return to World Series prominence and finally get over the Houston hump, they were expecting more from their record-breaking star. Judge is just 1-for-11 against the Astros through three games and 5-for-30 with 14 strikeouts in the playoffs overall.

To make matters worse, the former Fresno State star may be playing some of his final games in pinstripes, set to become a free agent in just a few weeks. Of course, Judge’s legacy will be his 62 home runs and the frenzied chase to pass Roger Maris on MLB’s all-time list this summer. These last few at-bats shouldn’t matter much, but it could leave a negative impression on fans as he heads into an uncertain winter.