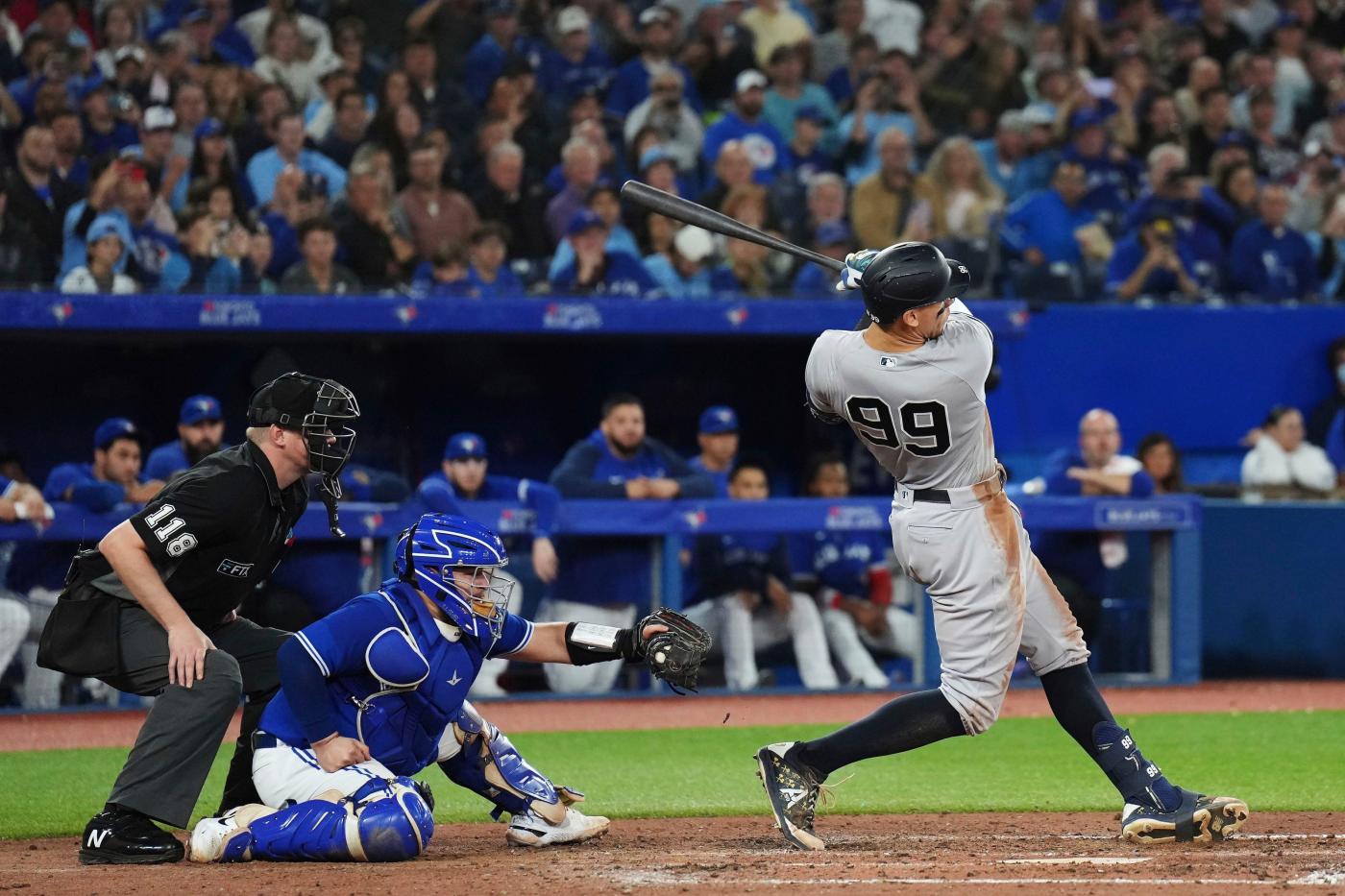 TORONTO — After seven games and eight days without a home run, Aaron Judge made history Wednesday.

The Yankees slugger hammered his 61st home run of the season off Blue Jays’ lefty Tim Mayza at the Rogers Centre to tie the American League single-season home run record.

Judge reached the plateau 61 years after Roger Maris’ record setting season with his mother Patty sitting next to Maris’ son right behind home plate. The two-run shot in the seventh inning came on a 3-2, 94-mile an hour sinker. Like Judge has been throughout this chase, he was understated in his celebration. His teammates came out of the dugout, there were hugs and then the game continued.

Judge’s two-run shot gave the lead back to Gerrit Cole after he had coughed up a three-run lead in the bottom of the sixth inning.

That snapped the second longest home run drought of Judge’s season, second only to the 41 plate appearances he went without a homer in August.

With seven games remaining in the Yankee season, he has time to build his own number in the AL record books. The MLB record of 73 set by Barry Bonds in 2001, which many consider tainted by the suspicion of performance enhancing drugs, may be out of reach. Judge has 19 more home runs than Kyle Schwarber, who leads the National League.

Like Maris in 1961, Judge was consistent no matter where he was hitting. He split his first 60 homers of the season evenly between Yankees Stadium and the road.