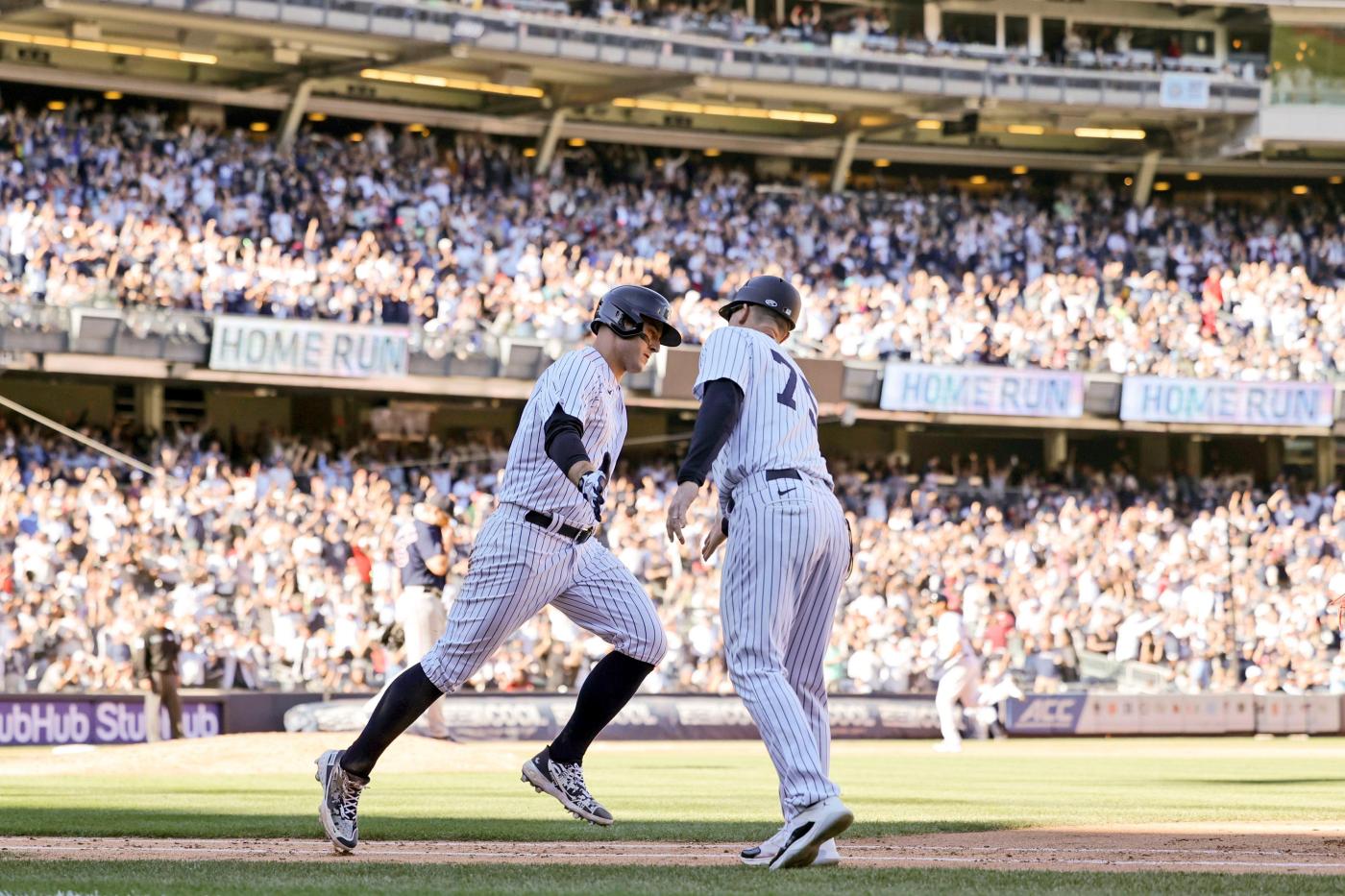 The Yankees got three home runs Saturday to beat the Red Sox 7-5 at Yankee Stadium, but the sold-out crowd of 47,611 left the ballpark disappointed. For the fourth straight game, the Bombers’ slugger Aaron Judge did not hit a home run, remaining one away from tying the 61 year old American League and franchise record of 61.

With homers from Gleyber Torres, Oswaldo Cabrera and Anthony Rizzo, the  Yankees (93-58) won their sixth straight game and closed within three games of clinching the AL East division title.

For the first time since he hit his 60th home run of the season, Judge was challenged by a pitcher. Nick Pivetta went at him with three fastballs in the first inning, striking him out. In the third, Pivetta came with three fastballs, dropped in a knuckle curve and then got him to fly out to center on another fastball. In the fifth, Pivetta was a little more cautious but did challenge him with a 2-1 fastball down the middle which the slugger was late on and fouled off.

They battled to a full count before Judge walked after seven pitches. In the seventh, with the shadows over home plate making it even harder for the hitters to see, John Schreiber used his sinker to set up his slider to battle back from 2-0 to 2-2. Judge fouled off two hanging sliders before John Schreiber got him on a checked swing at a 93-mile-an-hour fastball. That was the first time in this stretch of waiting that Judge showed any emotions. He muttered to himself as he started walking back and waved his hand dismissively at first base umpire Chris Conroy who had called him out on the checked swing.

It has been 18 late appearances since Judge hit No. 60 on Tuesday night.

Torres hit his 24th home run of the season in the first and Cabrera hit his fourth big league homer in the fourth, a two-run shot to right field. He also scored on Isiah Kiner-Falefa’s single in the second. Josh Donaldson singled in Kyle Higashioka in the fifth.

Domingo German gave up a two-run home run to Triston Casas and a solo shot to Reese McGuire in the second and that was it. He struck out five and walked one over five innings.

Zack Britton, making his first big league appearance since Aug. 19, 2021, after having Tommy John surgery, looked rusty, walking three, including a walk with the bases loaded to give up a run, and leaving having just recorded one out in the sixth. Lou Trevino came into strand Britton’s runners and get the Yankees out of the sixth having allowed just that one run and preserving the 5-4 lead.

Lucas Luetge gave up an RBI single to Alex Verdugo after Xander Bogaerts’ slow-rolling grounder had Josh Donaldson sliding on the ground to extend the inning.