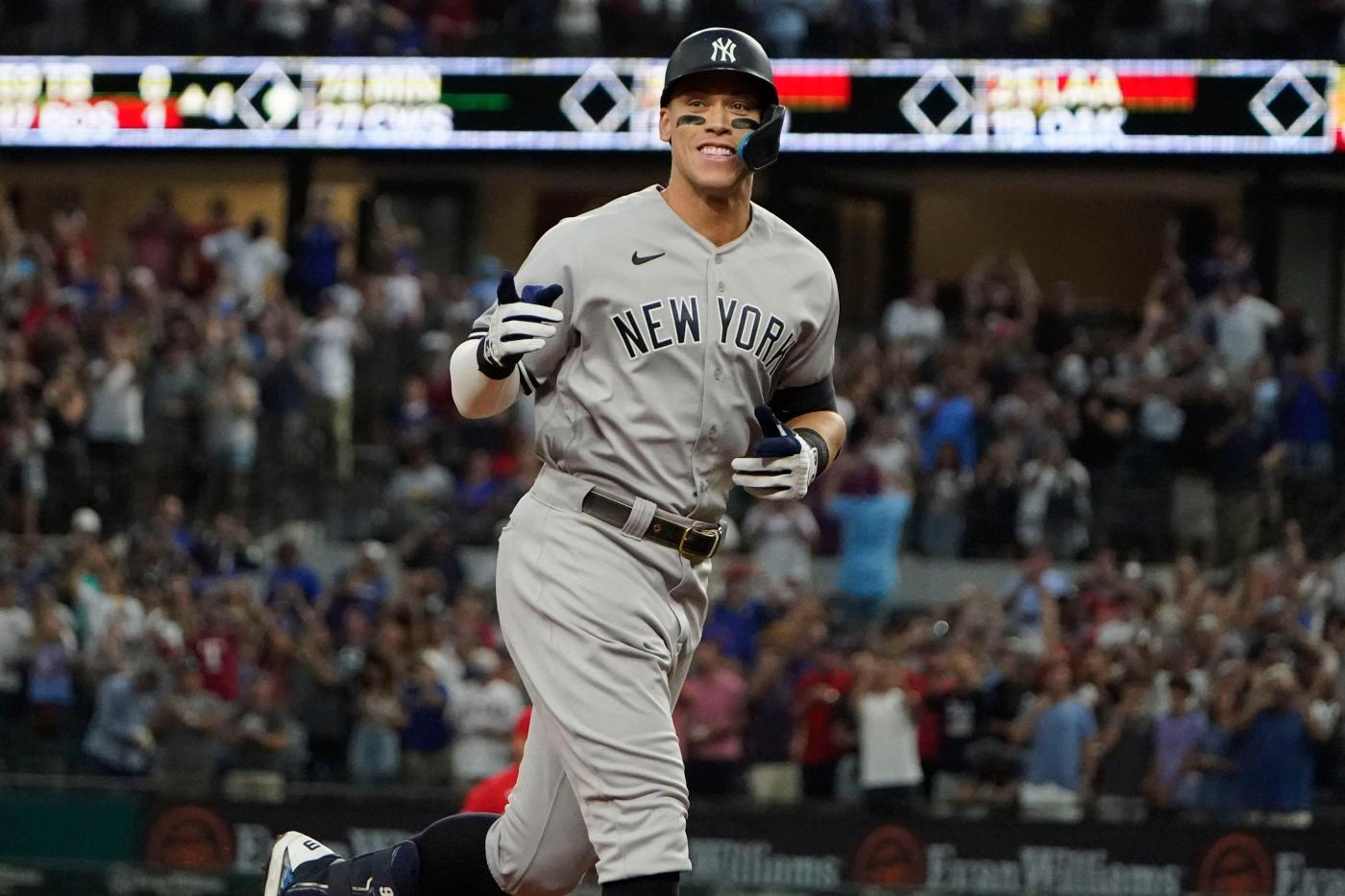 From June to October almost every time he came to the plate, Aaron Judge heard the chants; ‘MVP, MVP,MVP.’ Thursday night, that became a reality. Judge’s remarkable 2022 season was capped with baseball’s highest award Thursday night.  The 30-year-old free agent outfielder who led the Yankees this season was tabbed the American League Most Valuable Player by voting members of the Baseball Writers of American Association. Judge got 28 first-place votes, beating Shohei Ohtani’s two first-place votes.

He is the 14th Yankee to win the MVP, the first since Alex Rodriguez won it in 2007. A Bronx Bomber has won the award 34 times in history and Judge joins the likes of Babe Ruth, Lou Gherig, Joe DiMaggio, Mickey Mantle and Roger Maris, whose AL and Yankee single-season home run record he broke this year.

While the most intriguing question about Judge this winter is where he will wind up in free agency, there still was some curiosity about this MVP award. There was a very loud faction that campaigned for Angels pitcher/outfielder Shohei Ohtani, the 2021 unanimous winner.

Not only did Judge set the American League home run record, held for 61 years by former Yankee Roger Maris, but he challenged for the AL Triple Crown. He finished second in batting average (.311), first in homers (62) and first in RBI (131). He also led baseball with a 1.111 OPS in 157 games played.

Posting in all but five games of the regular season, a career high, was not only to show that despite his earlier struggles with injuries, Judge has been durable the last two years, but also to accommodate the national interest in his home run chase of Maris’ title.

Both facts will contribute to what will likely be a contract that will be north of $300 million. Judge turned down a seven-year, $213.5 million extension offer before his self-imposed negotiation deadline on Opening Day.

“You kind of have a chip on your shoulder going into the season, but once the season started it was time to go to work,” Judge said Thursday night on the MLB Network. “I saw what type of team we had and the tasks in front of us and you know, I tried to wipe everything that happens you know in the offseason away and you know, focus on analysts go out there, win our division and then go out there and try to win a World Series this year because we’ve got the group that can do it.”

The Yankees fell short of the World Series for the 13th straight year, losing to the Astros in the AL Championship Series. Judge, however, went out and made that Yankee offer irrelevant with his play this season.

He not only played a career-high in games, but set a career high with a .425 on-base percentage and a .688 slugging percentage. Judge was not just putting up big personal numbers, but he was the engine in  the Yankees’ offense. Of the 802 runs the team  scored this season, Judge drove in 131 of them.

So it is hard to imagine a Yankees’ lineup without him in it, but Thursday night, Judge was a free agent.

“So far so good. So far, so good. It’s a different process, but we are hoping to get the job done here soon. And we’ll see what happens,” Judge said.

Yankees managing general partner Hal Steinbrenner made it clear after the owners meetings in New York on Tuesday that money will not get in the way of  trying to keep Judge, who has been the face of the franchise since he won Rookie of the Year in 2017. Steinbrenner has had multiple conversations with Judge since the season ended, reinforcing his desire to keep the four-time All-Star a Yankee. Other front office and team personnel have also been in contact with the slugger to remind him how beloved he is by the organization.

But the Yankees are not going to get the “hometown,” discount here. Judge’s true hometown team, the Giants have made it clear they intend to go after Judge. Considered the top free agent on the market, he will likely have his choice of several teams offering him over $300 million.

Judge finished second in MVP voting back in 2017, when he lost to Jose Altuve.