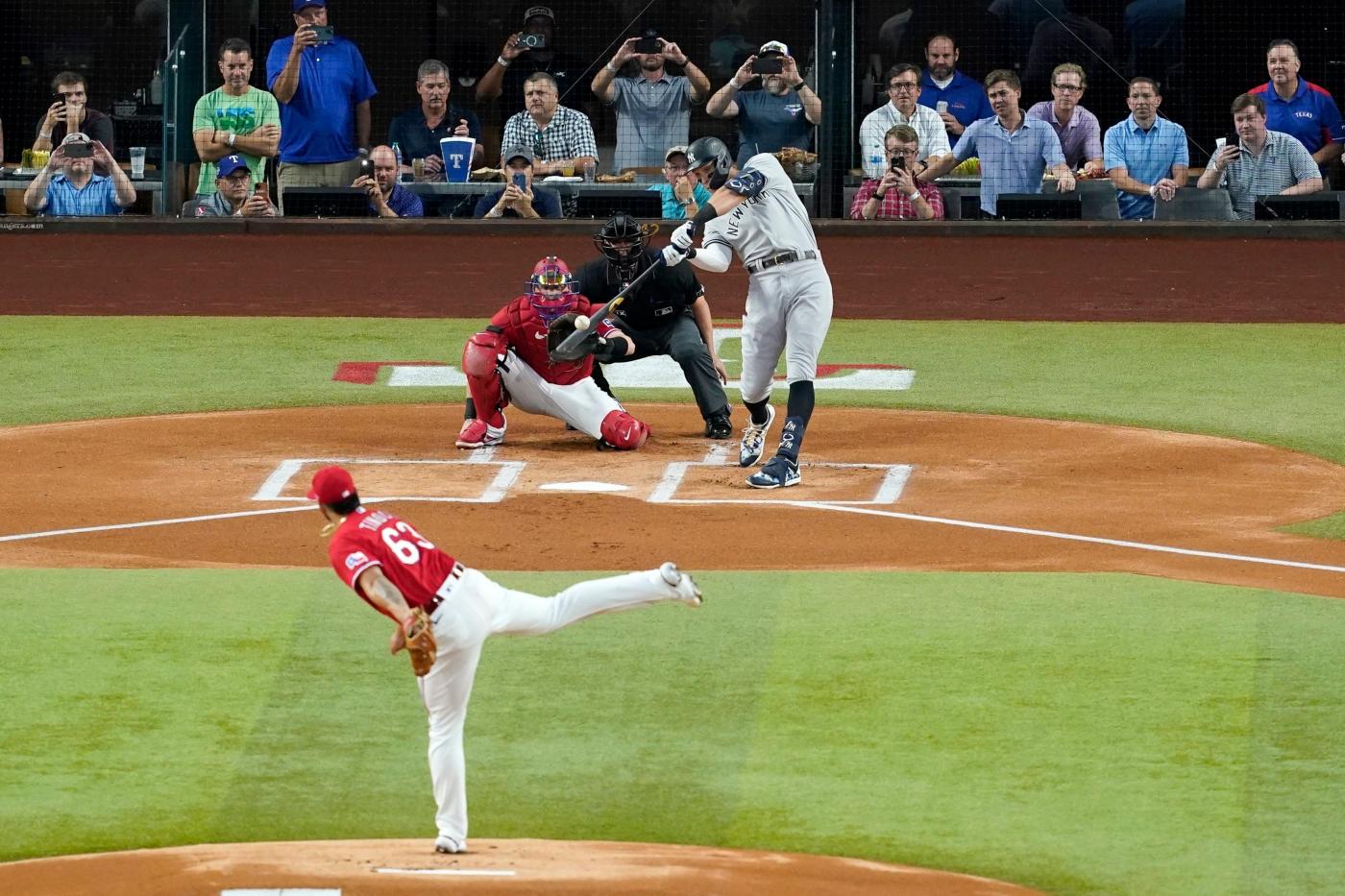 Major league ballplayers aren’t the only ones securing big paydays.

Aaron Judge’s record-setting 62nd home run ball sold for $1.5 million, according to Goldin Auctions. The auction closed on Saturday night for a winning bid of $1.25 million plus a $250,000 buyer’s premium.

“Multiple players have hit more home runs in a season but in many peoples’ eyes, Aaron Judge is the true record-holder,” said Goldin Executive Chairman and Founder Ken Goldin in a press release. “The fact that this is the second highest total ever paid for a baseball speaks to the respect that fans and collectors have for Aaron. That’s the magic of sports — this ball didn’t only change Aaron’s life, it changed the life of the fan who was in the stadium that night too. We’re so proud to have been trusted by Cory to present this piece of history for public auction.”

Cory Youmans, the Rangers fan who caught the historic baseball at Globe Life Field in October, was seated in left field when Judge homered off a slider from Jesus Tinoco in the first inning. Youmans reportedly declined a $3 million offer after catching the ball before placing it for auction.

The winning bidder wished to remain anonymous and is referred to as “Joe.”

“Congratulations to Joe! Given the historical significance of #62, it was important to me that the selling process was fair, accessible and transparent,” said Youmans in a press release. “Joe seems like a great man and the perfect steward for this special piece of MLB history. The ball is in great hands and we thank Ken and the dedicated team. As this chapter comes to an end and I reflect on catching home run ball #62, I’ll always remember the kindness of the fans around me on that exciting night in Arlington. It was the epitome of how sports brings humans together and I’ll cherish that memory forever.”

Judge’s home run chase eclipsed Roger Maris’ 61-year-old record and the slugger went on to win the American League MVP award. Shortly after, Judge re-signed with the Yankees on a nine-year, $360 million contract.

Joe’s purchase comes short of the most expensive transaction ever for a baseball. In 1999, comic book writer Todd McFarlane set the record after paying $3 million for Mark McGwire’s 70th home run ball of the 1998 season.

“I am very lucky with the help of Goldin to become the owner of the world’s most valuable baseball which comes from the most historic franchise in America’s game — the New York Yankees,” said the buyer in the press release, who will remain unnamed. “Ruth, Gehrig, Joe DiMaggio, Mantle, Maris, and now Aaron Judge. Aaron had arguably the greatest home run season in baseball history and now he will continue his career with the iconic organization. I am lucky, blessed and grateful to own a piece of baseball and American history and hopefully find a path for others to enjoy this history also. Thanks again to Goldin and the Youman’s family for allowing me this opportunity.”