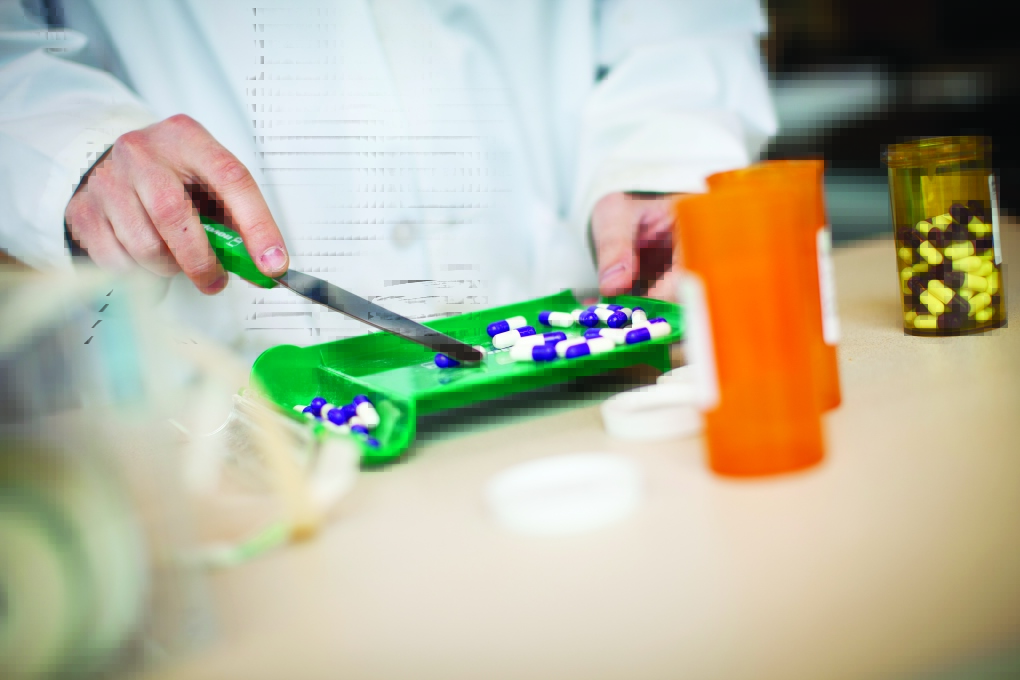 U.S. pharmacies are critically low on Adderall and its generic equivalents, leaving more than 26 million patients scrambling and competing for the pills since late summer. The scarcity is going to last for many more months because of supply chain problems as well as federal restrictions on manufacturers and imports.

Many people who have been taking this amphetamine-based stimulant — whether prescribed for attention deficit or narcolepsy or used illicitly as a performance or party drug — will lose access. This carries serious physical and mental health risks.
Amphetamine withdrawal symptoms, including depression, are not easily addressed with other kinds of drugs. So as countless individuals are confronting having to rapidly taper or stop, we’re facing a real possibility of a public health disaster on a scale not seen since the prescription opioid crisis that began a decade ago.

Instead of enduring withdrawal, other individuals cut off from Adderall are likely to turn to alternative stimulants like crystal meth, fueling a much broader crisis.

The early 2010s taught us that dependence and addiction don’t simply disappear when the pills do. At that time, catastrophic regulation failures contributed to widespread opioid dependence and addiction. The government response to the prescription opioid crisis focused on rapidly reducing supply: crackdowns on pill mills, tightened restrictions on prescribing and reformulation of products to make them harder to snort and inject. This approach backfired, pushing many users onto the illicit market.

As a chemical analog of prescription opioids, heroin was widely available and far cheaper than its pharmaceutical cousins. But its unpredictable quality and link with injection drug use made heroin a much more dangerous alternative; the recent rise in fentanyl contamination has further fueled the crisis. Overdose rates have continued to soar, spiking from 16,000 during the height of the prescription opioid crisis to more than 100,000 annually. The number of cases of blood-borne infections like HIV and hepatitis has spiked in tandem.

Today’s Adderall shortage is setting up a similar crisis. For those losing adequate access to prescription amphetamine, illicit alternatives — especially methamphetamine — are readily available. Just as with heroin, years of increasingly punitive policies, aggressive law enforcement, government fear-mongering and growing public panic failed to address the “meth problem.”
If anything, interventions like the Combat Methamphetamine Epidemic Act of 2005 disrupted meth production by a domestic cottage industry, cementing its reorganization as an international, industrial-level cartel operation — dramatized in the narrative arc of “Breaking Bad.” This made meth more ubiquitous, more potent and cheaper than ever.

Crisis events and cardiac arrests involving stimulants are already at an all-time high. Methamphetamine injection is helping to drive infectious disease cases. And there are also concerns about street stimulants, including counterfeit pills, being contaminated with fentanyl, creating the risk of opioid overdose.

A massive influx of people forced to switch from a pharmaceutical amphetamine to street methamphetamine would be nothing short of a nightmare. But there is still time to prevent a stimulant remake of the tragic scenario we have seen play out with opioids.

The FDA has powerful tools at its disposal to ease the Adderall shortage. This includes attracting and fast-tracking approval for international manufacturers and helping rapidly develop domestic production.

Maintaining a reliable, safe supply of amphetamine medications is crucial to avoid a major public health crisis. Bigger thinking is also vital to prevent other similar crises from occurring in the future.

The current Adderall shortage is a symptom of deep structural dysfunction in our institutions, policies and systems responsible for drugs. As with opioids, stewardship of prescription stimulants in American health care is poor, often vacillating between excess and deficit. We need far more nuanced, patient-centered approaches to medication access that are not bogged down in drug panics and concerns about law enforcement.

Meanwhile, our streets are flooded with illicitly manufactured alternatives of unpredictable content and dosage, despite cavalier investments in criminal justice efforts to stem their supply. Instead, cost-effective lasting solutions like housing, social services, and wrap-around supports are necessary to make our society healthier and safer.

Bold actions are urgently needed to prevent history from repeating itself.

Leo Beletsky is a professor of law and health sciences at Northeastern University and faculty director of the Health in Justice Action Lab./Tribune News Service