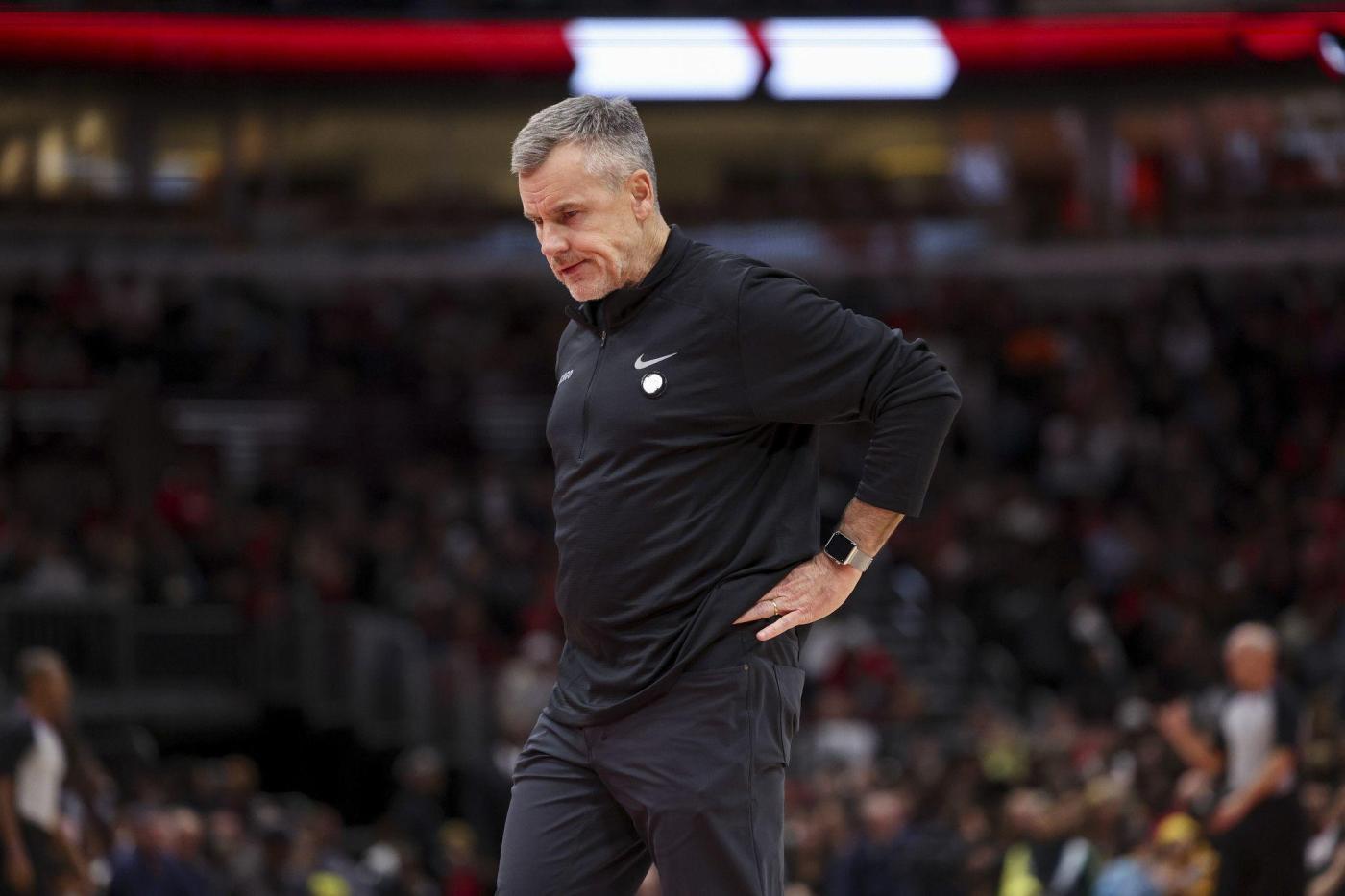 Coach Billy Donovan placed the burden of a recent string of Chicago Bulls losses on the shoulders of their best players: Zach LaVine, DeMar DeRozan and Nikola Vučević.

The veteran starters are often the saving grace for the Bulls, producing over half of the team’s points per game. But as the Bulls continue to dig themselves into early deficits, Donovan demanded more from his All-Star trio ahead of Friday’s game against the Orlando Magic at the United Center.

“I’ve got a lot of respect on a lot of levels for Vooch and DeMar and Zach, but we’re never going to be as good as we can be as a team until those three guys really drive the opening part of the game,” Donovan said. “I don’t look at it as pressure on them. It’s just what we’ve got to do as a basketball team. That’s the expectation. That’s the standard. … I’m constantly asking more from them and I feel like they can handle that.”

The Bulls’ 108-107 loss Friday provided a brutal illustration of how first-half deficits can haunt a team.

Despite Donovan’s attempt to galvanize his starters, the Bulls dug themselves into a 19-point deficit as LaVine went 1-for-10 from the field in the first half and finished 1 of 14 for four points. Vučević had 14 points, 16 rebounds and seven assists.

The Bulls were just as sluggish and disjointed on defense, allowing Wendell Carter Jr. to score 15 first-half points. The Bulls’ 2018 first-round pick who went to the Magic in the trade for Vučević finished with 21 points and eight rebounds.

It didn’t matter that DeMar DeRozan scored 26 points in the second half to cap a 41-point performance. It didn’t matter that Javonte Green thundered off the bench after sitting for the entire first half to hammer a transition dunk for a four-point Bulls lead with 26.5 seconds remaining. The Bulls had dug themselves into too big of a hole to create any comfort with a late-game surge.

“A lot of the game will come down to Suggs’ 3 or Vooch’s missed free throws, but in the NBA it’s very hard to play a half of basketball and expect to win,” Donovan said after the loss. “We let luck come into play. We left ourselves open to be beat. It had less to do with (Suggs’) shot and more to do with the entire first half.”

The Bulls entered the game as the eighth-lowest scoring first-quarter team in the league, averaging 27.7 points. They have carved out a worrying pattern — the starters allow opponents to take an early lead, then the secondary unit comes off the bench to pull the Bulls back into contention.

The Bulls trailed 37-24 after one quarter Friday.

It’s an untenable trend. A strong bench can elevate a team from good to great, but not if it’s constantly playing catch-up to atone for the mistakes of the starting unit.

Donovan knows that if the Bulls want to win consistently, the change has to come from the starters.

“We’ve got to be able to respond better to start the game coming out of the locker room,” Donovan said. “There’s no work-around. For us to be the team we need to be, at the starting point, those three guys need to raise it up. They are the leaders of our team. They’re guys that … have been in the league for a long time. They’ve got to drive whatever it is: defense, offense, everything.”

Both have struggled with inconsistencies in the early season — Dosunmu with his 3-point shooting and Williams with his lack of aggression. But Donovan placed the full burden of the team’s slow starts on its veteran starters.

Donovan believes LaVine, DeRozan and Vučević are intentional in their role as vocal locker-room leaders, but that leadership isn’t translating onto the court in the first quarter.

“When I’m in there with film sessions, there’s really good dialogue, but we’ve got to do it with actions,” Donovan said. “Quite honestly, you can always talk as much as you want. The actions have got to back up the talk. Whatever you want to pinpoint — the energy, missing shots, defense, rebounding, it could be anything — we’ve just got to be better all the way around.”

Donovan highlighted areas of improvement for the starting trio to address. The Bulls have been hit-or-miss finishing at the rim — scoring only 43.3 points per game in the paint, the fourth-lowest in the league — a trend that begins with the starting five in the opening minutes.

Ball protection has been another key weakness for the Bulls, who consistently cough up the majority of their turnovers at the start of their losses. They recorded five first-quarter turnovers Wednesday in their road loss to the New Orleans Pelicans and seven in their loss Sunday to the Denver Nuggets.

“It’s hard to even be in a situation where you’re playing from ahead when you do that,” Donovan said.

The team’s sluggishness at the start of games has been exacerbated by the defense, which gets ripped apart by transition 3-pointers in the opening minutes of losses.

This isn’t an area of strength for LaVine, DeRozan or Vučević. But Donovan said the improvement he needs from the trio is more about effort than defensive skill: contesting 3-pointers, rebounding, limiting fouls.

“If shots aren’t falling, that can’t bleed into our defense,” Donovan said. “There’s too many times where we’re off bodies. We’re not physical enough. We’re not getting out contesting well enough. And to me those (are) things that they’re capable of.”

Despite the Bulls falling to 12th in the Eastern Conference with a 6-9 start, Donovan said he hasn’t discussed major roster moves with executive vice president of basketball operations Artūras Karnišovas Instead, Donovan said the Bulls will look to LaVine, DeRozan and Vučević to spark improvements across the roster.

“We’ve got to start better and we’ve got to be the aggressor,” Donovan said. “We’ve got to be that, and they understand that as well. But when Artūras and I have spoken, it’s been more about the optimism these guys have and where we think they can get to as a group and as a team.

”We haven’t had any conversations of, ‘Oh, my God, we’ve got to pull the ripcord.’ There’s been nothing like that.”