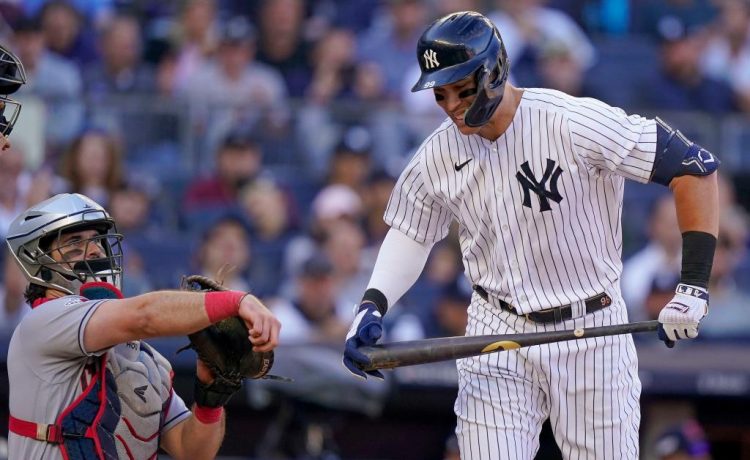 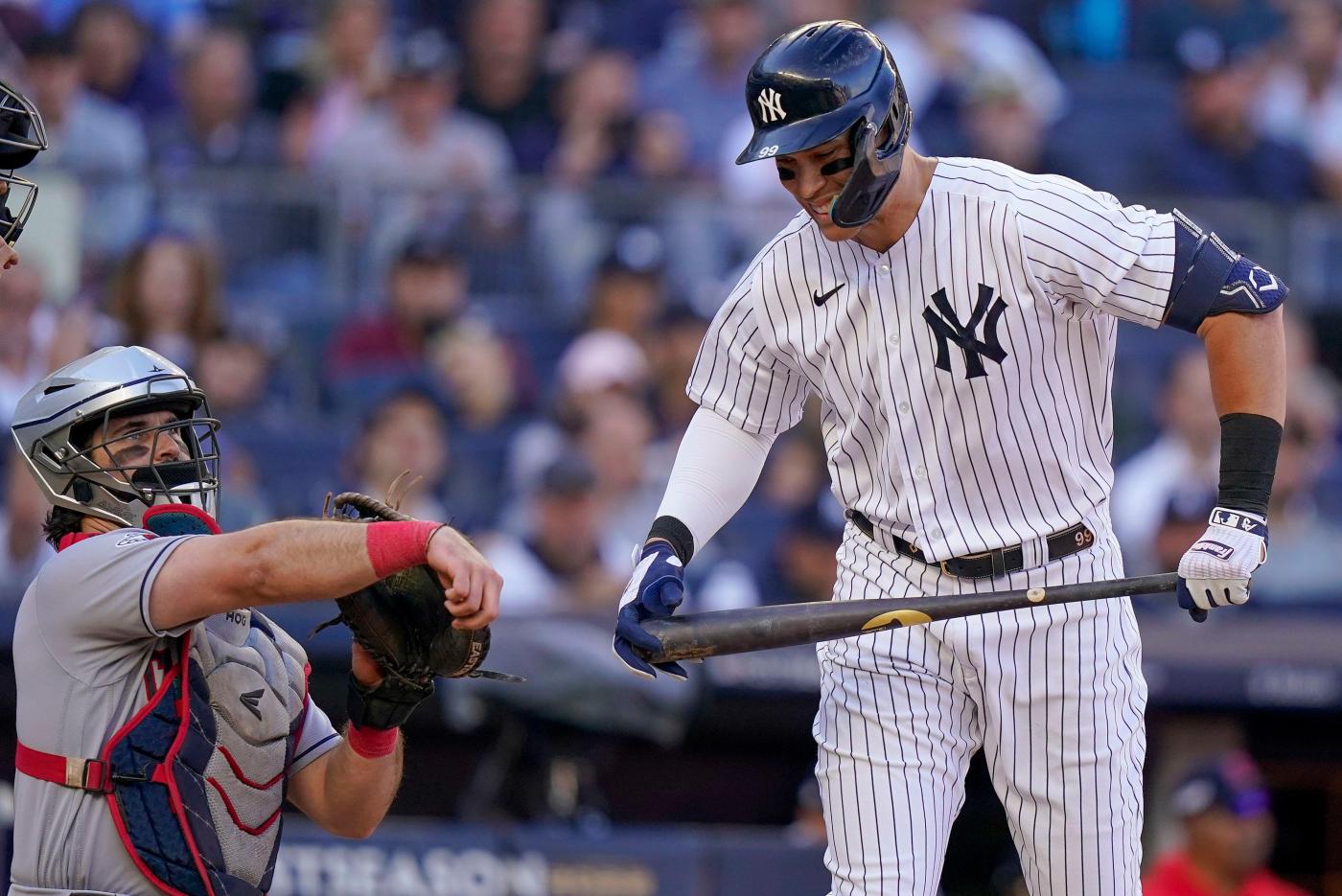 The time is now and Aaron Judge and the Yankees have to catch up with it. After playing 55 of the final 56 games of his historic season and then having just two games in the last nine days, Aaron Judge admitted his timing is off at the plate right now. The Yankees slugger went hitless for the second straight playoff game as the Guardians shut down the Bombers for nine innings and pulled out a 4-2, 10-inning win in Game 2 of the American League Division Series.

“I don’t want to make an excuse for anything. It’s on me. Timing is a little off,” Judge said after going 0-for-8 through the first two games of the series with seven strikeouts. “I gotta fix it. That’s really what it comes down to. There’s no excuses here. I got tonight to figure it out. And get ready for [Saturday].”

The best-of-five game series is tied at 1-1 and moves to Cleveland on Saturday night. To survive this round, it’s not just on Judge’s shoulders. Aside from Giancarlo Stanton’s two-run shot off Shane Bieber, the Yankees’ offense was nonexistent Friday. The Bombers had just six hits and went 0-for-7 with runners in scoring position and stranded 11 baserunners.

“Obviously you’re going up against Bieber, he’s going to be tough with his execution. We got into some deep counts there where we got into 3-2 and lost a lot of our 3-2 battles, but I thought [Trevor] Stephan really came in and executed,” Yankees manager Aaron Boone. “James Karinchak and [Emmanuel] Clase, we made them work but just ultimately weren’t able to break through. And for most of the day, it was one of those days where it’s a little bit tougher for the hitters to see it up there.”

The scrappy Guardians, who the Yankees outscored by 24 runs in their regular season meetings, were able to break through. Former Mets prospect Andres Gimenez singled in a run in the fourth and another former Mets prospect, Amed Rosario, homered in the fifth for the two runs Cleveland scored off Yankees’ lefty Nestor Cortes, who went five innings.

In the 10th, they took advantage of the Yankees’ mistakes to score the two runs off Jameson Taillon, making his first career playoff appearance, which gave them the win. Jose Ramirez doubled and took third on a Josh Donaldson throwing error. He scored on Oscar Gonzalez’s shallow fly ball to right and Josh Naylor doubled in another run on a fly ball that got past Harrison Bader.

The Yankees were not built to scrape together runs like the Guardians. They led the majors in home runs and the AL in runs scored. Judge broke the AL and Yankee single-season home run record with 62. He led the majors in OPS, slugging and RBIs.

So, when the Yankees’ offense came up small Friday, he took the brunt of the blame. After striking out for the fourth time in his fourth at-bat of the day, Judge heard boos from some of the 47,535 at Yankees Stadium.

“That happens, it’s happened many times throughout my career and there’s nothing I can do. I gotta play better,” Judge said. “That’s what it comes down to. I didn’t do the job tonight, especially as a leadoff hitter man, I gotta get on base. I got to make something happen on the base path and I didn’t do that tonight.”

Judge spent the last month chasing history. After hitting his 59th home run on Sept. 18 in Milwaukee, every one of his at-bats was a major event. The balls were changed out so that MLB could authenticate them. His family and the family of Roger Maris, whose record Judge was chasing, followed him around. After he hit No. 60, television networks broke into their programming for his every at-bat.

From Aug. 5 to October 4, Judge played every game, but he’s not blaming the pressure or the workload. After all, Judge walked away from a contract extension worth $230 million on Opening Day and bet on himself to get a better deal when he becomes a free agent after the season.