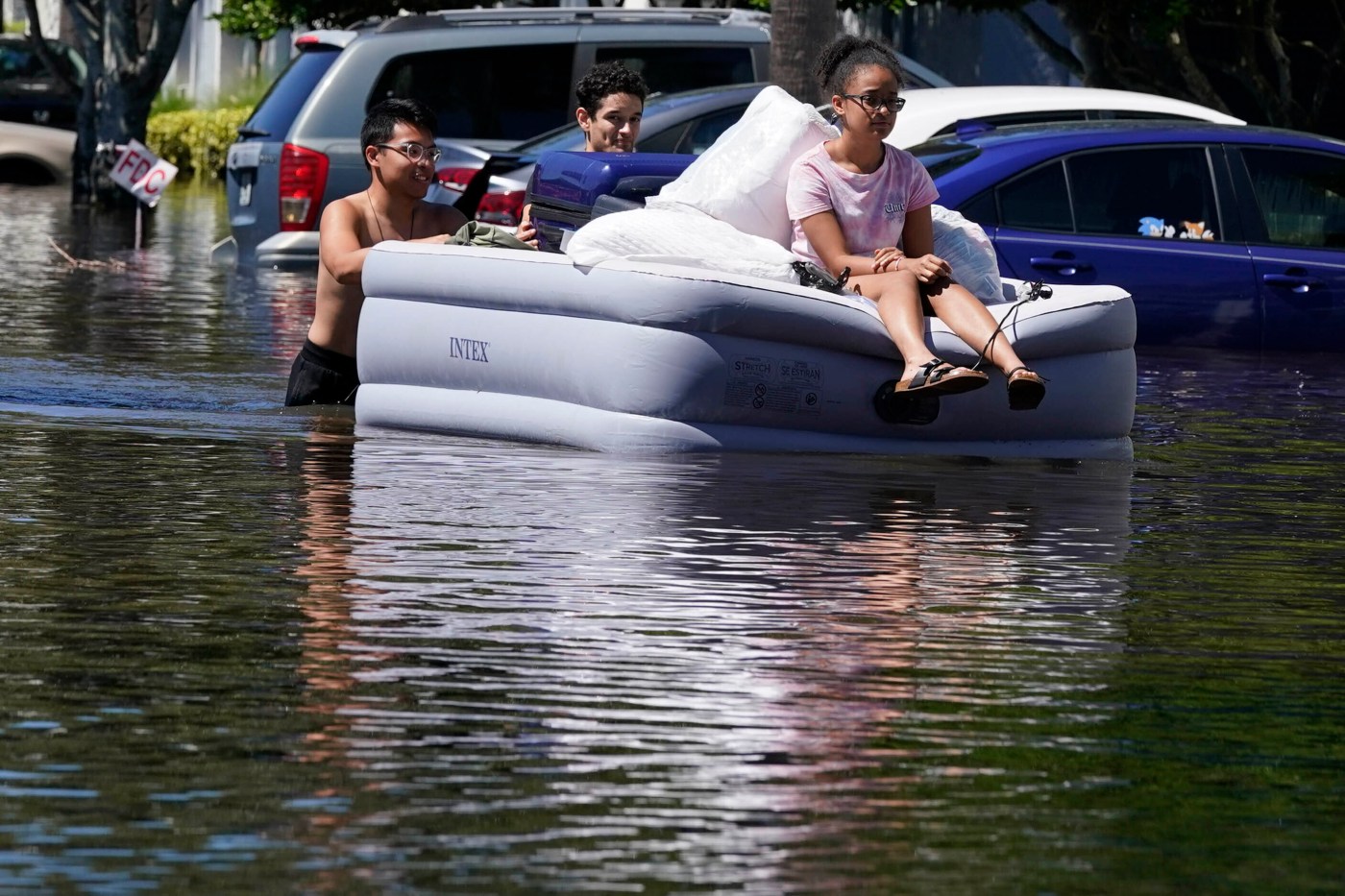 Flood-damaged cars could be making their way into the local used car market, AAA Northeast is warning buyers after Hurricane Ian wrecked boatloads of vehicles in Florida last week.

These problematic cars might be coming to the Bay State amid a shortage of new and used cars, as people desperately search for cheaper deals.

“The concern is the used car market has been a tough market,” AAA Northeast’s Mark Schieldrop told the Herald on Thursday. “It’s not a great time to buy a used vehicle because prices are still high.

“So people could be putting flood-damaged cars on the market here when there’s a strong demand for used vehicles,” he added. “Shoppers have to be suspicious if they see a good deal. If the price looks too good to be true, it likely is.”

CARFAX has reported that nearly 50% of flood-damaged totaled vehicles return to the market as used cars.

“It’s pretty alarming to hear that,” Schieldrop said. “Flood-damaged cars can be a nightmare with so many problems.”

Insurance companies often declare flood-damaged vehicles as total losses, and those cars are then sold to salvage companies. However, rather than being dismantled for parts, some of these vehicles are purchased by individuals who restore them to some degree of working order.

AAA is warning car buyers that water-damaged vehicles can be transported anywhere for resale, and often continue to appear in the marketplace for many months following major floods.

Before purchasing a used vehicle, acquire a CARFAX Vehicle History Report. The report may reveal if the car has been in a flood or been issued a salvage title.

“People might want to save money going through a private sale and avoid used car dealers, but in many cases, it’s worth going to a dealership that offers a warranty,” Schieldrop said. “It’s easier to hold a dealer accountable if something goes wrong.”

There are some less trustworthy used car dealers out there, so people should do their homework on the dealer, he added. Buyers also should get a pre-purchase inspection by a trusted mechanic.