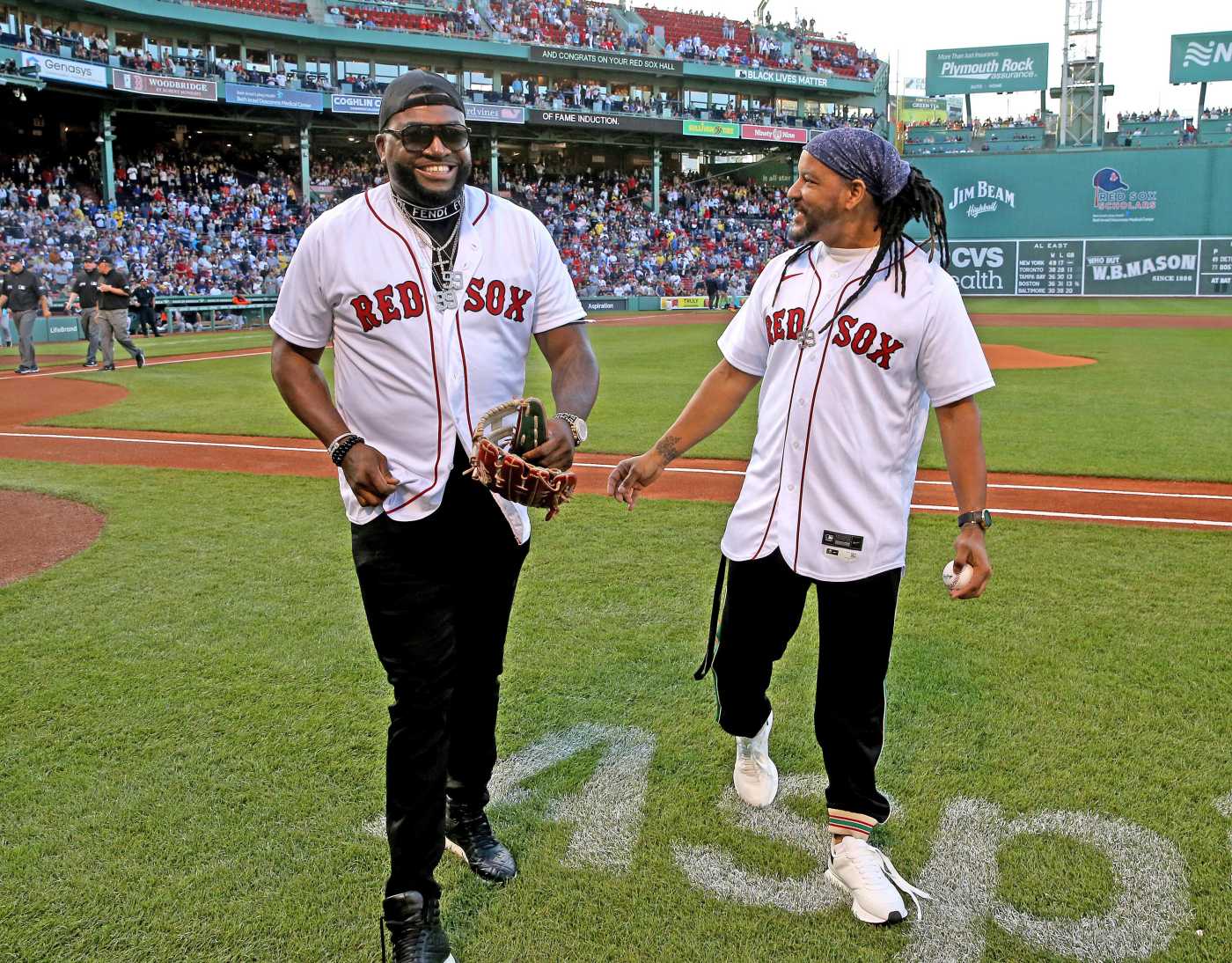 Just call it Manny being Manny.

Manny Ramirez wasn’t present at Fenway Park earlier this month when he was supposed to be inducted into the Red Sox Hall of Fame, but decided to show up to the Sox’ game on Monday night and left his mark.

Ramirez jogged onto the field just before the gametime and the Fenway Park crowd went into a roar. Behind him, David Ortiz ran out of the dugout carrying Ramirez’s Hall of Fame plaque.

The two met on the mound and embraced for a big hug, then Ortiz handed Ramirez his plaque. Ramirez smiled and held it high in the air for the crowd to see. He then threw out a ceremonial first pitch to Ortiz, who caught it and ran back to Ramirez to share a hug.

“He’s the only guy who misses his Hall of Fame induction and comes and throws out the first pitch on a Monday,” manager Alex Cora said. “That’s why he is who he is. He was actually in the cage. Haven’t seen him in a while. To catch up with him, he looks great. He looks in great shape. Having fun.”

Ramirez has largely disappeared from baseball since his brief time as a coach with the Chicago Cubs came to an end after the 2016 season. He’s reportedly signed on for various obscure baseball gigs across the world since then, but hasn’t appeared anywhere with any regularity.

His son, Manny Jr., is playing with David Ortiz’s son, D’Angelo, and Pedro Martinez’s son, Pedro Jr., on the Brockton Rox this summer.

The families were sitting in the owners’ box next to Cora on Monday night.

“We were sitting there and, at some point, we have to sit David somewhere else, to be honest with you,” Cora joked. “It’s non stop with him. It’s not Fort Myers, bro.”

Ortiz could be seen talking to Cora often during the game.

“I love it,” Cora said. “Having the kids there, there’s Pedro and D and Manny Jr. Having them there is special for David and for Manny. They had a great night. Or they sounded like it.”

Asked what Ortiz was talking to him about, Cora said, “Everything.”

“Pitching and this and that, and at one point he started talking about this thing they did at FOX talking about stuff and pitchers not throwing strikes,” Cora said. “And he doesn’t understand how hitters are struggling when they don’t throw strikes. This is going on for five minutes. I’m like, ‘Oh my God.’”

Meanwhile, Kevin Millar, another teammate of Ortiz and Ramirez, was calling the game in the booth for NESN and said on air that Ortiz was calling him on FaceTime and trying to get Millar to come down to the box. Millar had to tell him he was working.

All that messing around doesn’t bother Cora.

“I’m just listening and laughing and giving him sunflower seeds so he can stay quiet,” the manager said. “When the big boy is here it’s awesome. The hitters love it. He goes into the cage and talks to them. I haven’t seen Manny in a while. To meet (his son), I know it means a lot.

“The more the better. I am a big believer that the guys around here, they bring a lot to the equation. I grew up in an organization where you always had somebody. I grew up in the Dodgers. Maury Wills and Steve Garvey and all these guys. You learn from them and you keep getting better.”