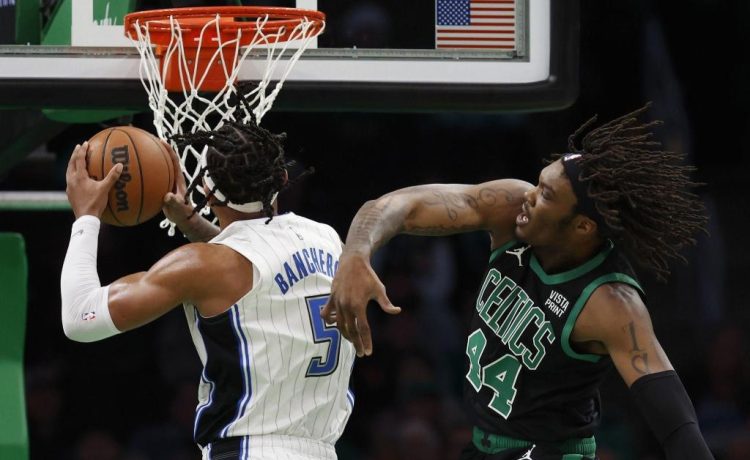 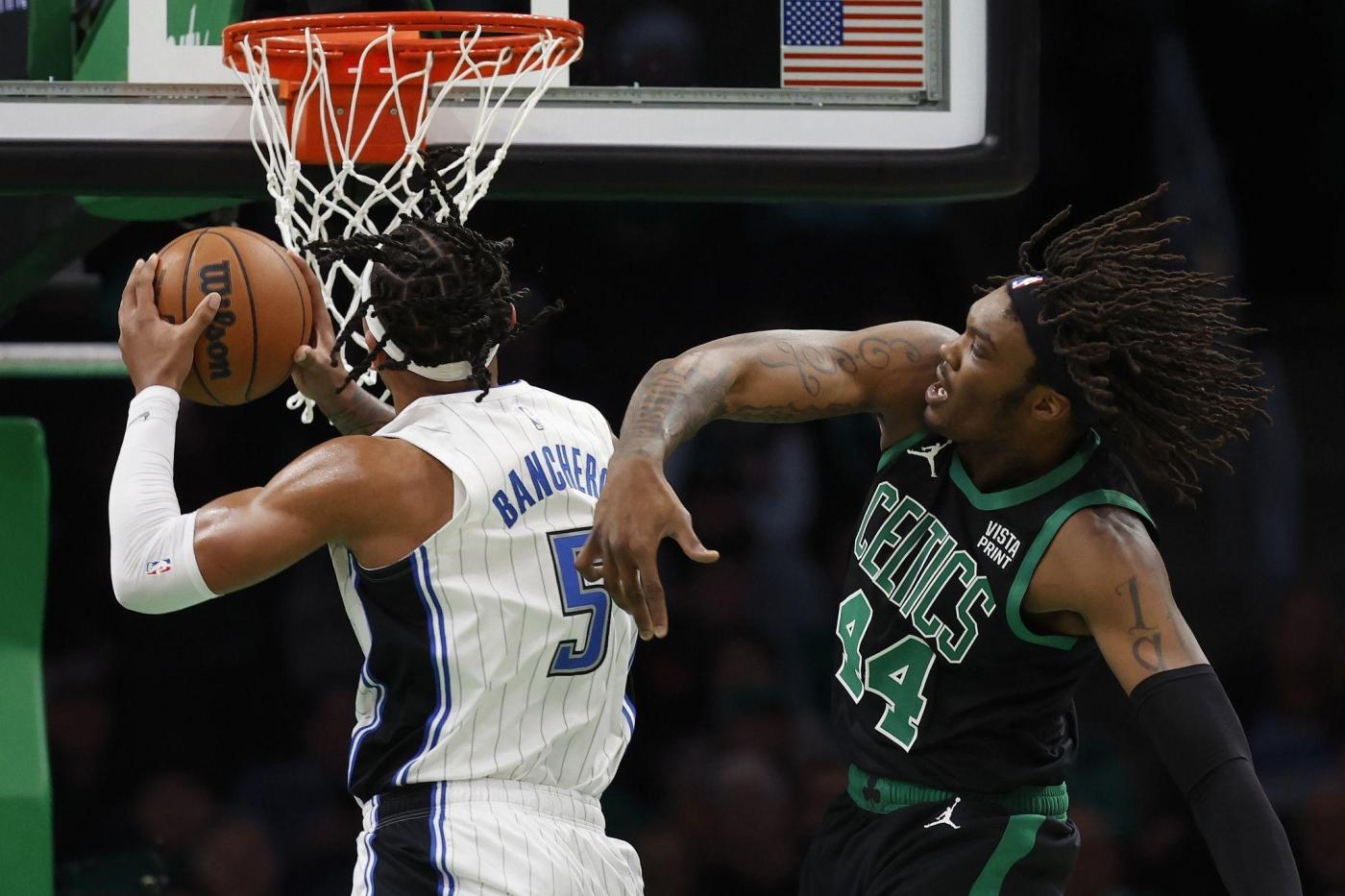 The Orlando Magic took care of business on their recent homestand, going 4-1 at Amway Center.

A greater challenge came Friday: seeing if their progress would travel on the road, starting against league-best Boston at TD Garden.

The Magic (10-20) passed the test, prevailing 117-109 over the Celtics (22-8) for their fifth consecutive win, their longest winning streak since the 2020 season. Orlando won three games before the 2019-20 season was suspended because of the COVID-19 pandemic, then took the first two regular-season seeding games in the “NBA bubble,” giving them a five-game win streak that spanned nearly five months.

“I’m so proud of these guys,” coach Jamahl Mosley said. “I say it all the time: our coaching staff does a phenomenal job with game planning. They take their time and explain to the guys the way we want things done and these guys are executing the gameplan. You talk about the definition of by committee, this is what they did tonight. Every person that stepped up on that floor contributed the right way.”

Moe Wagner led the Magic on Friday with a team-high 25 points on 9-of-12 shooting and 8 rebounds, his second 20-plus-point showing of the season.

Markelle Fultz recorded 12 points, 4 rebounds and 4 assists, including 6 points in the fourth quarter before fouling out with 57.9 seconds remaining.

Cole Anthony added 14 points (7-of-13 shooting), 5 rebounds and 3 assists while Mo Bamba contributed 8 points and 12 rebounds off the bench in the Magic’s second road win of the season, giving them a 2-11 record away from Amway Center.

“This was kind of the game we felt was like ‘oh it’s a fluke’ [or] if we win this game, that was going to kind of put us over as a team because we were on a four-game win streak but it was all at home,” Banchero said. “We only won one game on the road all year, so we felt like this was the game to kind of prove to ourselves we’re rolling right now. We’re proud of ourselves.”

Their defense stepped up during the homestand, coming in at 10th in defensive rating — points allowed per 100 possessions — during the stretch.

But the Celtics, who had the league’s best offensive rating led by two top-15 scorers in Jayson Tatum (30.2 points per game) and Jaylen Brown (26.6), presented different challenges.

“I’m so proud of these guys for executing what we’ve asked them to do,” Mosley said. “Making sure we take care of the paint, rebound the basketball. Obviously, we can do better with defending without fouling but for these guys to hone in on a gameplan and stick with it, we’re so proud of what they’re doing.”

Boston welcomed back defensive stalwart center Robert Williams III, who made his season debut after having left knee surgery during the offseason.

“Defensively, he becomes a rim protector,” Mosley said pregame. “With our ability to get to the paint, we have to find options once we get there. For them offensively, another lob threat being at the rim. We have to contain the basketball knowing he’s going to be lingering around the rim. Offensive rebounds, our boxing-out is going to be huge.”

The Magic were the ones who dominated the offensive glass, grabbing 53 rebounds, including 15 offensive boards. This led to them finishing with 20 second-chance points and 7 more field goal attempts.

Al Horford also made his return to the lineup for the Celtics after missing the last five games because of personal reasons.

He finished 6 points, 6 rebounds and 1 assist in 16 minutes after being ejected early in the third quarter because he was assessed a Flagrant Foul Penalty 2 against Moe Wagner.

The Celtics jumped out to a 14-4 lead early in the first after knocking down four 3s, but the Magic locked in from there, outscoring Boston 28-14 to close out the first to take a 32-28 lead going into the second and a 62-54 advantage going into halftime.

The Magic opened the third with a 13-2 run to go up 75-56 but the Celtics battled back to cut their lead down to 7 multiple times in the second half.

With the Magic leading 104-96 with 4:36 remaining, Fultz grabbed an offensive rebound before knocking down a pull-up 2 to give Orlando a 10-point lead. Fultz made a midrange jumper on the Magic’s next possession to put them up 108-96 with 3:54 remaining.

He made a layup and assisted Banchero on a 3-pointer to give the Magic a 113-99 lead with 2:44 remaining to help seal the win before fouling out.

“You go through those experiences early and you got guys who have been there, seen it and understand it’s a 48-minute game,” Mosley said. “It’s going to be a game of runs. They went on their run in that third there and our guys understood they have to stay the course, continue to communicate with one another and stick to our principles.”

They didn’t participate in Friday’s morning shootaround but did get on-court work afterward.

“We’re just going to continue to see how they respond, so their rehab is going to be on the road vs. being at home,” Mosley said.

R.J. Hampton wasn’t available after requesting and receiving an assignment with the organization’s G League affiliate, the Lakeland Magic.

Hampton played in Lakeland’s 101-95 home win over the Birmingham Squadron on Thursday, scoring 24 points (9-for-16 shooting) in 27 minutes off the bench to help end a four-game losing streak.

He also played in Friday’s home game vs. the Texas Legends and will rejoin Orlando in Boston on Saturday ahead of Sunday’s game at the Celtics.