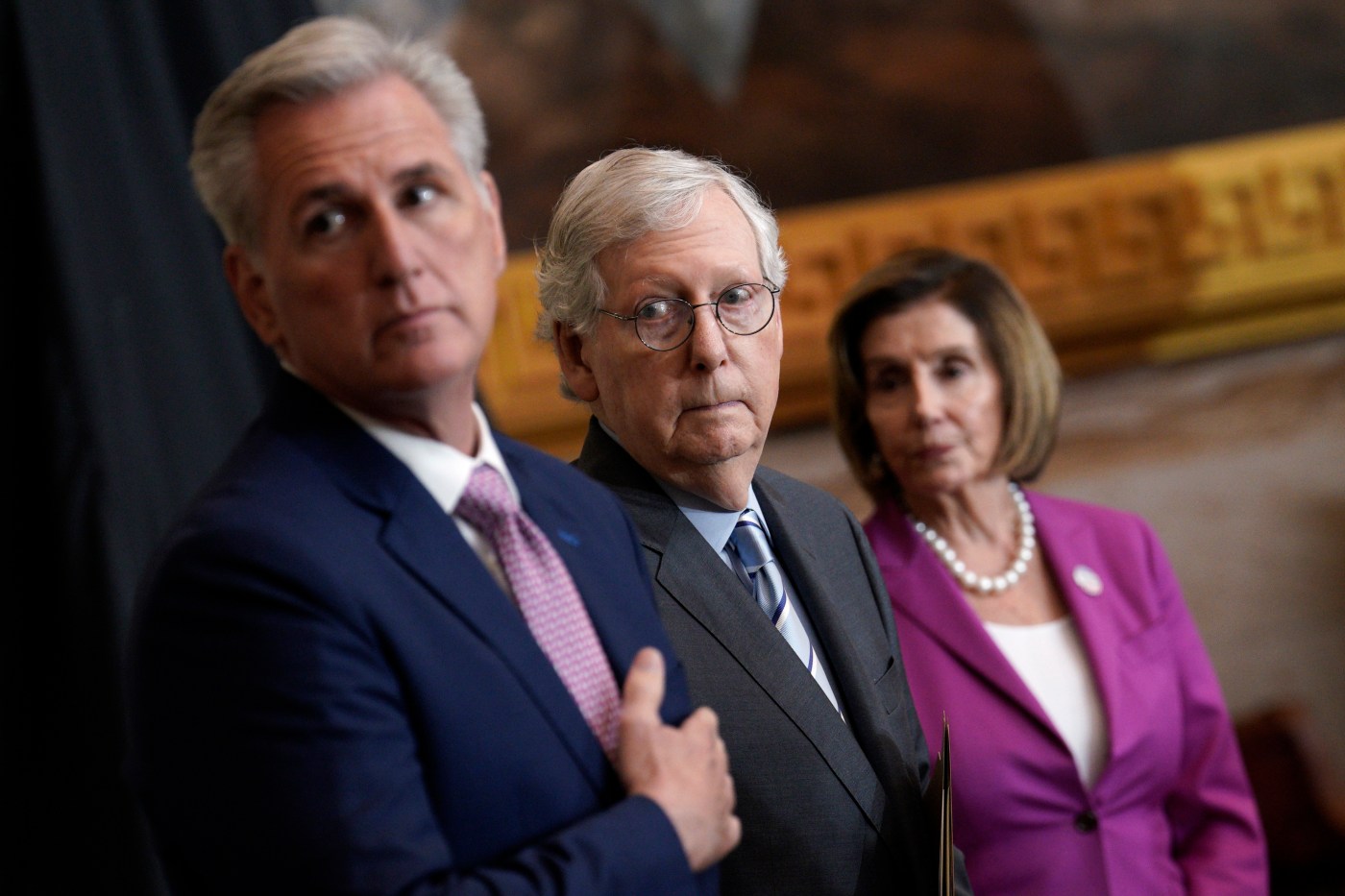 We need an age limit for federally elected officials and justices on the Supreme Court, restricting anyone from serving beyond 80. We should rid ourselves from an octogenarian-run government.

The powers that be – many of whom are older folks – would not agree to this (that is obvious). Thus, a constitutional amendment would be needed, much like the 22nd Amendment, which limits the president to two-terms. It was adopted after President Franklin D. Roosevelt was elected to four terms and died in office.

This non-partisan common-sense change is more important today than ever.

Mandatory retirement due to age is normal for the vast majority of Americans. More restrictive age-limits are applied for physical jobs like truck drivers, members of the armed forces, pilots, and law enforcement. Mental capacity should also be of concern.

If you need immediate evidence, recently the 89-year-old California Senator Diane Feinstein – at one time, third in line for the presidency – did not realize she had already declined the president pro-tempore position in the Senate when asked.

There is no question that the “Old Folks” prevailed in this election cycle. All incumbents won re-election to the Senate. And only one incumbent governor lost re-election (he was a Democrat).

The 80-year-old Republican Leader of the Senate, Mitch McConnell, needed to beat just one Democrat and hold GOP seats to allow his party to regain the Senate. He not only failed to do that, he actually lost a Republican seat.

McConnell spoke disparagingly about many of the GOP candidates. When the coach or manager of a team lacks confidence in his players, we all know how that game is going to end. In politics, perception can often become reality. And it did. Yet despite this failure, McConnell will maintain his leadership position. Interesting.

Conversely, Leader Kevin McCarthy, 57, who won enough seats to allow the Republicans to take back control of the House, had struggled with his quest for the Speaker’s position. Go figure?

Speaker Nancy Pelosi’s top lieutenants – Majority Leader Steny Hoyer, 83, and Majority Whip Jim Clyburn, 82 – have also refused to give up power. though Pelosi, 82, announced she will not run for the position.

Old folks have huge advantages besides their obvious institutional knowledge, and they are smart enough to use them. They are experienced, clever, and easily intimidate “Young Turks.”

I left Congress at the tender age of 43. No complaints. God is Good.

Beating an old incumbent is nearly impossible, ask Iowa Senator Chuck Grassley who won again at age 89. For starters, they often have decades of achievements, as well as the sympathy, respect and admiration of everyone who matters. They ask others to “wait their turn” just a little longer. Many of them supported term-limits, but were not sure when they should start (haha).

Foremost, I apologize if these comments sound harsh. I want what is best for our nation and every person aforementioned would have to concede that they have lost more than a little on their fastball. When you keep a tired pitcher or player in a game too long, bad things usually happen. Today, America needs more folks who are playing like Aaron Judge of the New York Yankees.

There is a minimum age requirement included in the Constitution for when you can run for Congress (25 for members of the House and 30 for senators). Anyone who runs for president must be at least 35. I do not believe our Founding Fathers would have ever imagined a president, vice president, members of Congress or even Supreme Court justices serving into their 80s.

Yes, under this “Age-limit Constitutional Amendment” we would have a fresh slate of leaders. With nearly 80% of Americans saying we are going in the wrong direction, change cannot come soon enough.

Gary Franks served three terms as U.S. representative for Connecticut’s 5th District. He was the first Black Republican elected to the House in nearly 60 years and New England’s first Black member of the House. Host: podcast “We Speak Frankly.” @GaryFranks