AJ Pollock declines his player option with Chicago White Sox. ‘Not shocking if you look at the free-agent market,’ says GM Rick Hahn. 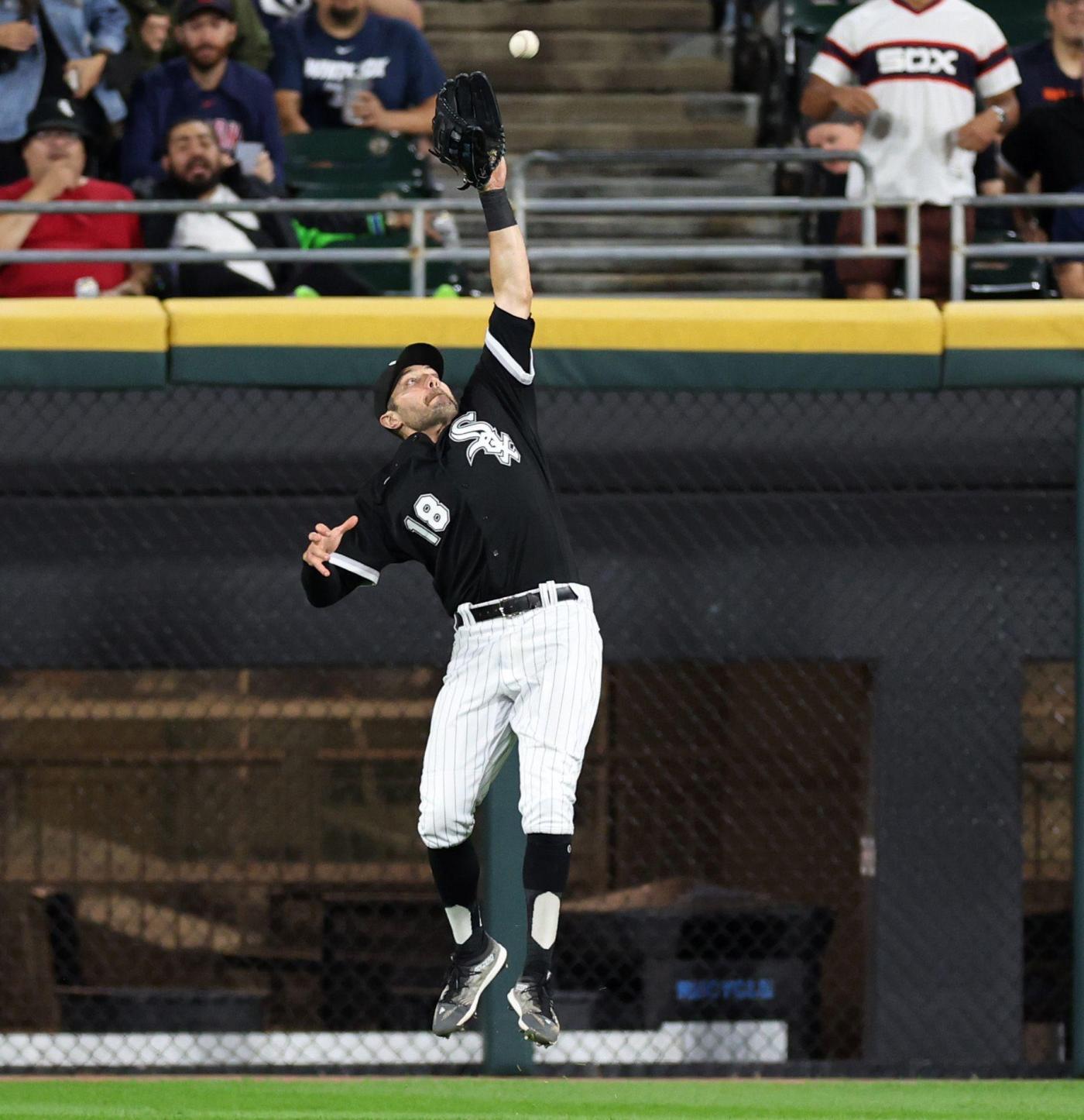 The Chicago White Sox will be searching for outfield depth after AJ Pollock declined a player option and became a free agent Tuesday.

Pollock had a $13 million option, according to spotrac.com. Instead he’ll receive a $5 million buyout, according to ESPN’s Buster Olney, who had the initial report.

“Not shocking if you look at the free-agent market right now,” Sox general manager Rick Hahn said of the move during the GM meetings Tuesday at Conrad Las Vegas at Resorts World. “There’s not a ton of right-handed-hitting outfield bats.

“Also it gives him the opportunity to pick the ideal situation for him going into next season. He’s a veteran player and he’s earned the right to that.”

“He was a true pro for us,” Hahn said. “Worked extremely hard. Obviously didn’t have the year that any of us, including him, envisioned, but his future remains bright and it was good to have him.”

Pollock, who started opening day in right field, was utilized throughout the outfield. He made a team-high 77 starts in left and was second on the team with 35 starts in center. He also made 11 starts in right.

One of his highlights came during Game 1 of a May 22 doubleheader at Yankee Stadium.

The Sox and New York Yankees were tied at 1 heading to the ninth inning. Pollock was the first batter up for the Sox, facing reliever Aroldis Chapman.

Pollock got ahead in the count 1-0. He hit Chapman’s second pitch, a 95 mph fastball, over the left-field wall to give the Sox the lead in a game they won 3-1.

“Ultimately comes down to resource allocation, and we do have some internal options and perhaps there’s a way to balance the lineup a little better by an addition at that spot. We’ll see.”

“We’re still going through a budgeting process internally,” he said. “My general expectations are that it will be somewhere in the vicinity of where it was in 2022. But I don’t have a firm number in hand just yet.”

Asked if it’s more likely that the Sox would turn things over via trades than free agency, Hahn said, “I think that’s probably the more likely path.”

“Part of it is the position we’ve placed ourselves in contractually with some of our commitments,” he said. “We obviously made these commitments because we believe in the talent that we committed to, and part of the goals for next year is to get some of the guys that underperformed that we expect back to their accustomed levels. A big part of our improvement will come from that area, we hope.

“I wouldn’t read into us closing off any avenues. In an effort to be as transparent as possible, I expect more likely to be active via trade than free agency. Just my expectation. If it turns out to be the opposite, tell me in March I was wrong.”