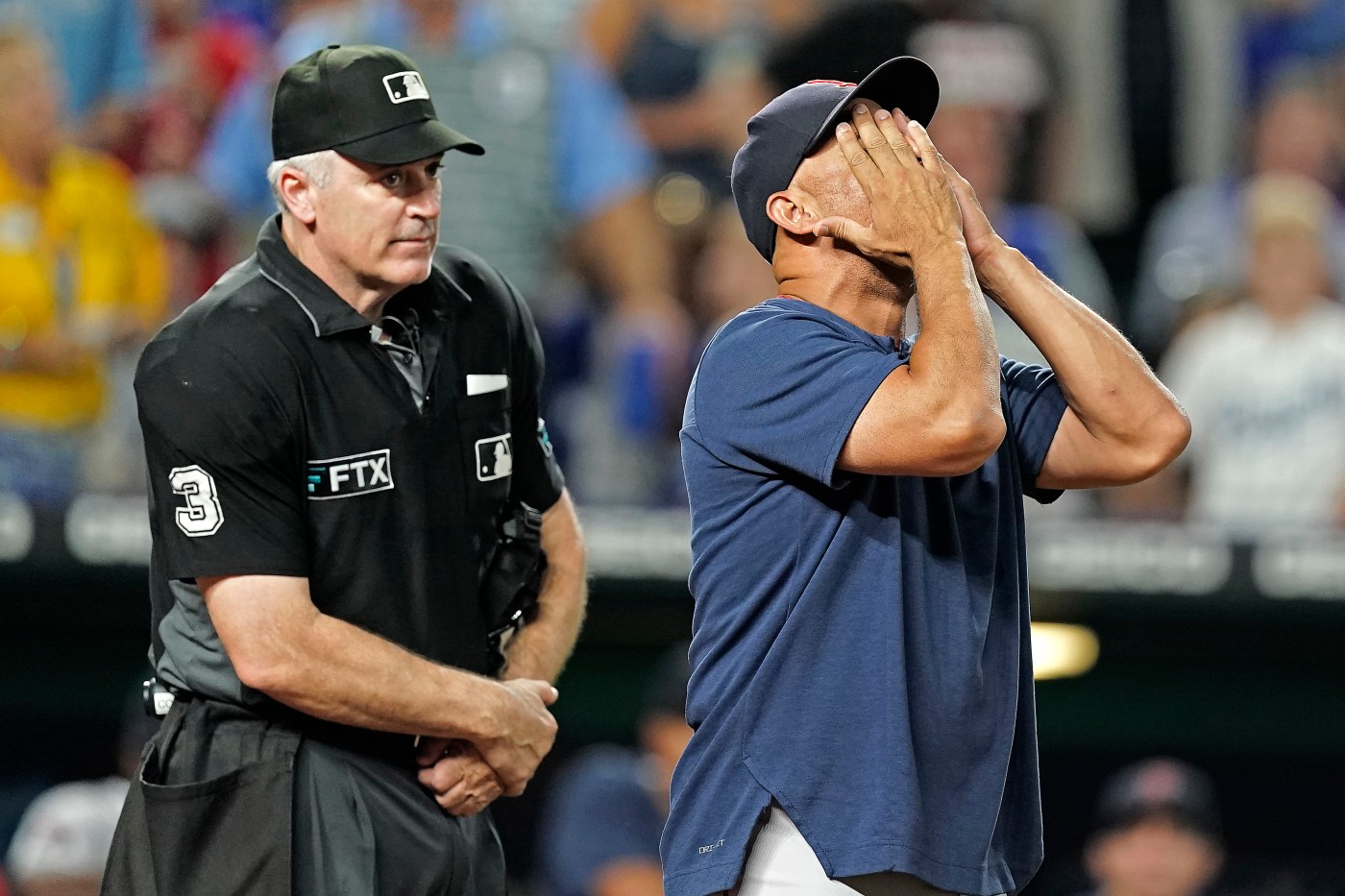 The Red Sox chose not to get bullpen help at the trade deadline. Chaim Bloom said he explored different options, but ultimately didn’t find a deal that he thought made sense.

It didn’t take long for that to come back to haunt them.

In a tie game in the seventh, it got ugly. Darwinzon Hernandez, who’s been in Triple-A for most of this season, was summoned by Alex Cora and it turned disastrous in a hurry as he gave up four runs – including a three-run homer by Salvador Perez – that ultimately sealed the Red Sox’ fate in a 7-3 loss to the Kansas City Royals at Kauffman Stadium.

At this stage of the season, as they fight for a Wild Card berth and with most of their remaining schedule against the American League East, the Red Sox can’t afford games like this against inferior opponents like the lowly Royals, who are in last place in the A.L. Central and just sold off several of their best players at the deadline.

The Red Sox dropped back below .500 with a 53-54 record as they continued to spin their wheels.

Instead of adding to their bullpen, the Red Sox actually subtracted from it by dealing lefty Jake Diekman to the White Sox. Diekman was disappointing in four months with the Red Sox, but he’s still a better option than Hernandez, who spent the first three months of the season in Triple-A working on his control issues and working back from a torn meniscus.

In the seventh, those control issues resurfaced.

Going to Hernandez in that spot had logic to it. The Red Sox faced two Royals lefties – Nicky Lopez and MJ Melendez – to start the inning. But major problems ensued for Hernandez, who walked Lopez and allowed a single to Melendez as he ultimately let the first five batters of the inning reach.

Bobby Witt Jr. hit a go-ahead RBI single before Perez delivered the dagger – a three-run shot that required a review after the ball – which appeared to hit the foul pole at first – hit the wall underneath the pole and was called a home run. The call was confirmed after the review.

Then, after the confusing sequence, Cora was ejected by home plate umpire Bill Welke for seemingly arguing the call. The manager, who didn’t seem particularly upset, looked surprised for being run and then threw what looked to be a water bottle back on the field as he walked into the dugout.

The Red Sox never recovered as they didn’t threaten to score in the eighth or ninth.