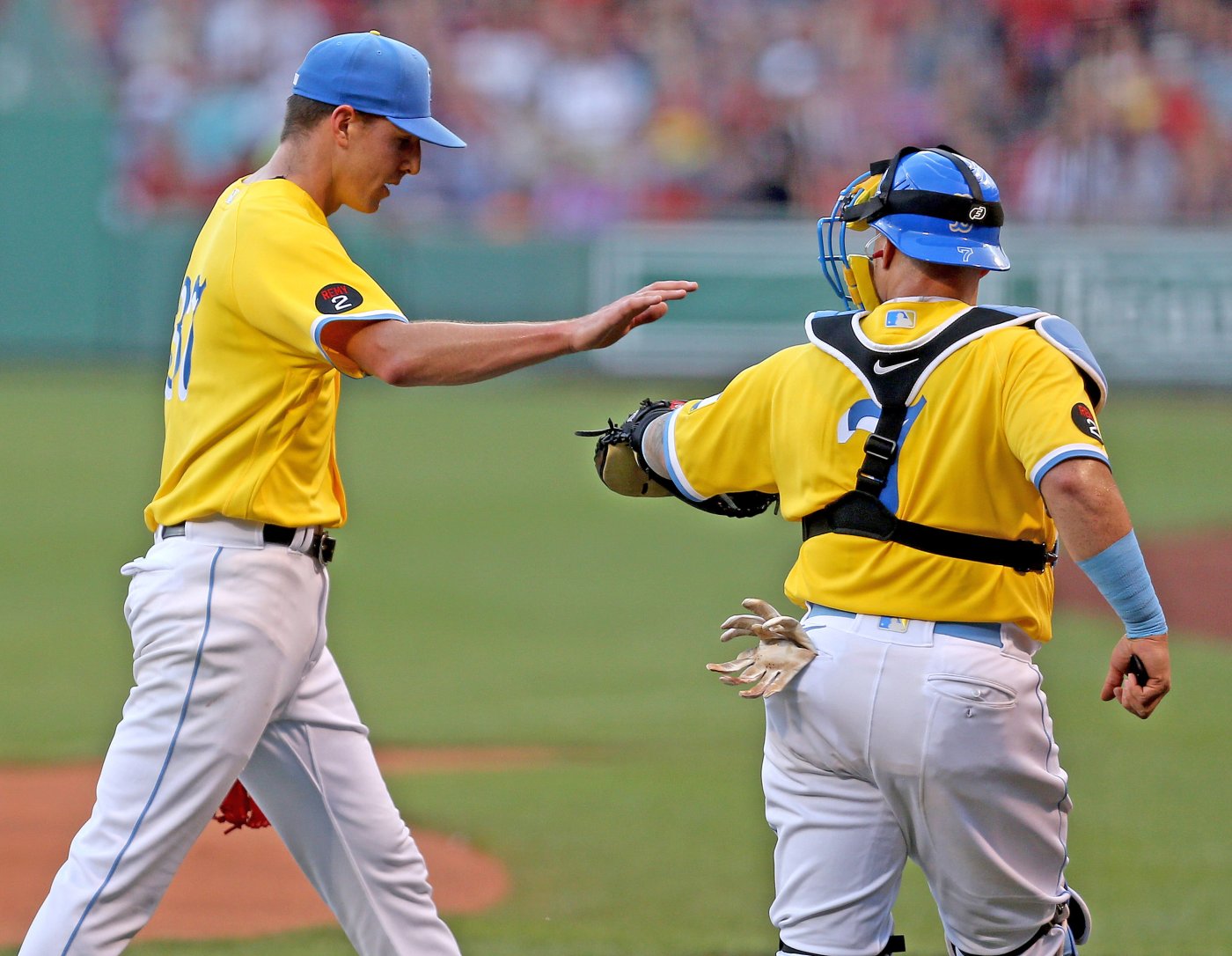 Big market teams within two games of a playoff spot aren’t usually talking about selling pieces at the trade deadline, but the Red Sox recent string of horrid play has led to just that.

They entered Monday’s series with the Cleveland Guardians on a five-game losing streak and in the midst of a stretch in which they’ve gone 3-13 in their last 16 games.

They haven’t lost more than five in a row since a nine-game losing streak during the 2020 season, when the Sox finished in last place.

Manager Alex Cora acknowledged that his team’s “awful” brand of baseball in recent weeks has been concerning, but if the Sox can win three of four against the Cleveland Guardians this week, “the narrative Friday will be different than what it is today.”

“You’ve got to keep playing regardless, that’s the most important thing,” Cora said. “We’re not playing good baseball. We talked about it last year when we went through a stretch (like this), and we’re not doing it now, is playing defense.

“Either the flyballs or double plays or groundballs or throwing to bases, it’s probably like an eight, nine-game streak of making errors and this started before the big series against Tampa and New York. I don’t think we played well in Chicago either. That Friday, we walked 11 guys.”

The Red Sox have made 56 errors this season, 11th-worst in baseball.

In July alone, they’ve made 19 errors, two more than any other team.

This is what happens when guys are playing out of position, which has become an unflattering calling card of this team over the past two years.

Franchy Cordero, an outfielder by trade, has struggled at first base, while Jarren Duran, drafted as a second baseman, has made a mess of it in center field. Jeter Downs, a shortstop who has played second and third base, hasn’t been able to make several routine plays.

“But at the end, you sit down today and you’re like, ‘we’re right there,’” Cora said. “We start playing well, we get hot, and it’s not about getting hot, it’s about playing well. You start playing good baseball, we’ll be fine. We’re very talented. We know that we have guys coming off the injured list and they’re going to contribute.

“But, at the same time, the guys that are here, we have to do a better job.”

There was some important news in Major League Baseball on Monday that could affect how the Red Sox handle the trade deadline.

The Red Sox have three guys who will likely receive a qualifying offer, which is a one-year contract based on the average salary of the top-125 players in the game.

Xander Bogaerts, assuming he opts out of his team-friendly deal, J.D. Martinez and Nathan Eovaldi are candidates to receive one. If they turn it down, the Sox would be rewarded with a draft pick after the fourth round if the players sign with another team in free agency.

It’s a small bonus, but one worth considering as the Sox mull a trade deadline selloff that would rid them of cornerstone players.

The Red Sox could send a pair of injured players, Christian Arroyo and Rich Hill, out on rehab assignments this week.

Arroyo has been out with a left groin strain since July 8, the night he lost a ball in the lights while playing right field that seemingly set off a string of terrible defense by the Red Sox.

They sure could use him; they’ve been playing Jeter Downs and Yolmer Sanchez in the infield while Trevor Story and Rafael Devers are both on the injured list. Both Downs and Sanchez have spent the majority of the season in Triple-A Worcester.

Hill, who hurt his left knee on July 1, is likely to go on a rehab assignment on Wednesday and could return in time for the Sox’ series in Houston on Monday, Cora said.

J.D. Martinez (back spasms) remained out of the lineup and hasn’t made an appearance since he went 0-for-2 in the All-Star Game last Tuesday.

“He’s feeling better, not there yet,” Cora said. “He is available. Just a little bit tight. We’ll see. In an emergency or in a big at-bat, maybe.”

Rob Refsnyder got the start as the designated hitter and was batting second.

Josh Winckowski (COVID-19) is scheduled to return Tuesday and start on the mound against the Guardians.

The Sox could soon get Michael Wacha (right shoulder inflammation) back from the injured list. He threw a simulated game on Monday afternoon, though Cora said he looked slow at first and struggled to get his breaking ball over on his glove-side.

“I don’t want to say limited, but he’s cautious about it,” Cora said. “I think overall, he was really good.”

Story, who was hit on the hand in Tampa two weeks ago and hasn’t played since, took batting practice for the first time on Monday, a “good sign,” Cora said.

USA Baseball announced that Story would be participating in the World Baseball Classic next winter, the first time the WBC has been played since 2017.